The Benefits of Integration

According to David Jenne, River Island's head of business systems, implementation of the integrated JDA software applications has enabled River Island to achieve significant cost and operational efficiencies. The retailer has integrated all major systems that support its business. Now they are reaping the rewards in a number of areas including the ability to electronically communicate with their vendors as well as to adhere to best practice processes in an easy-to-use environment.

To stay ahead in the fast-moving world of high street fashion, River Island wanted a major IT overhaul to increase sales, decrease costs and improve stock management.

To achieve significant cost and operational efficiencies, River Island opted to undergo a large, multi-product installation. The following JDA products were implemented in phases from 2000 to mid 2004. 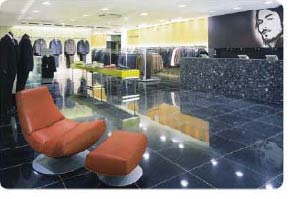 Commenting on the overall implementation benefits, Jenne stated, �Firstly, we�ve realized efficiencies and increased profits through tangible ROI. And secondly, having been through such a major IT overhaul, we now have a more robust, scalable and future-proof technical infrastructure. This sets us up for moving forward with other key developments in the years to come, such as preallocation, cross docking and RFI stock management in stores.�

According to Jenne, significant benefits realized from the JDA solutions include:

► A quicker, more efficient allocation process.
► Increased sales due to the sophisticated daily replenishment system.
► Reduced number of markdowns and significant savings thanks to the new replenishment processes.
► Improved processes and positive impact on River Island's staff as a result of the easy-to-use JDA applications.

"Before, the purchase order process was heavily manual, which often meant mistakes and delays," remarked Jenne. "Today, all the manual work has been taken out, with all purchase orders transmitted to suppliers electronically and complete visibility of stock in the supply chain."

This is just one example of many areas that has been improved for the users. "We wanted to do things smarter," explained Jenne, a key deliverable that has been fulfilled by the implementation.

"Systems are faster, more reliable and have reduced workload while increasing productivity at River Island. In addition, there are the continued benefits that improved collaboration and integration bring to the business," said Arnaud Decarsin, JDA's regional vice president of sales in the EMEA region. 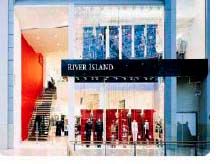 With such a large, multi-product installation, the retailer maintains that a phased implementation was the best approach for their project, and that cross-functional awareness and collaboration were major factors for success. According to Jenne, "A key challenge was to successfully implement a number of new systems without adversely impacting the day-to-day running of the business." "The head office system was the first part of our implementation given that everything else feeds off it," explained Jenne. "A natural course of events also meant that store systems had to be tackled more urgently than distribution."

The PMM software installation was initiated in 2000 and phased over three years, together with Advanced Allocation and followed by Win/DSS, which was completed in mid-2004.

With Jenne and Barton heading up two of the business project teams along with great support from the business IT department, the project was destined for success. With numerous industry awards now under its belt and a successful deployment of multiple retail systems, River Island is constantly striving for more. And not just by moving forward in fashion circles, but by forging ahead with its business software systems too.

Description: As a growing international franchise with over 50 years of experience in fashion retailing, River Island is one of the UK's largest and most successful privately owned companies.

Number of Stores: More than 200