China: Climbing up the Global Ladder

China is swiftly becoming a dominant player in the global textile and apparel market both in terms of apparel consumption and exports. Their textile and apparels are making an integral segment in the markets of developed, and developing countries. Middle class population in China is approximately around 80 million. Along with the increase in their population, so does the size of their textile, and apparel market. Industry analysts predict that the domestic apparel sales of the country will grow considerably to reach more than $170 billion USD by 2010.

Whats inside? domestic market in China:

Chinese consumers nowadays prefer to shop for branded apparels. Influence of the western culture, media awareness, and rise in their purchasing power attribute to this transformation. Numerous international brands have set their brands in the Chinese market, while many others are at their wings seeking entry into the dragon nation. Simultaneously, consumption of mass segment products also manipulate apparel purchases.

Athletic, denim, and luxury brands are selling like hot cakes in their market. Brand awareness of the Chinese consumers are increasing nowadays, that a recent research report reveals that 38% of the respondents prefer domestic brands, and 22% have expressed willingness to shop for western brands.

There are many factors which are the raison d'tre for the drastic growth in their apparel segment.

While China is concerned in increasing its exports, its growth as one of the worlds largest exporters has aggressively stirred protectionism in other countries. Li Enheng, Deputy Representative of WTO for China, in an exclusive interview with &sec=article&uinfo=<%=server.URLEncode(1976)%>" target="_blank">Fibre2Fashion says "In recent years, the trend of 'new protectionism' ideas have emerged in the United States, Europe, Japan and other developed countries, their main purposes are to suit their own political and economic needs, to maintain their dominant positions in international competition. This new protectionism has caused a serious impact on China's foreign trade development."

He further adds that, With the development of economic globalization and the gradual strengthening of the multilateral trading system, the roles of traditional trade protection measures such as tariffs, quotas, permits and other means have been greatly weakened.

Many of the WTO members have recourse to various trade protection measures, which on the surface do not directly conflict with international rules. These measures often appear in the face of fair trade", which is necessary to protect human health, ecological environment and the interests of consumers.

Li Enheng believes that the developed members are the main initiators of the new protectionism. Theoretical basis, policy measures, targets and implementation results have notable differences with traditional trade protectionism, thus being dubbed as "new protectionism", "new-mercantilism" or "economic nationalism" and other names.

The growing power of China in the global market is likely to incite apparel consumption in the forthcoming years. A big challenge lying ahead for the country is the changing trade environment which makes, long lead time trade, and forecasting vague. Despite the textile protectionist measures, the country is concerned to keep its export economy humming. China has become adept for dealing with various trade restrictions and dominate the trade in the global market. 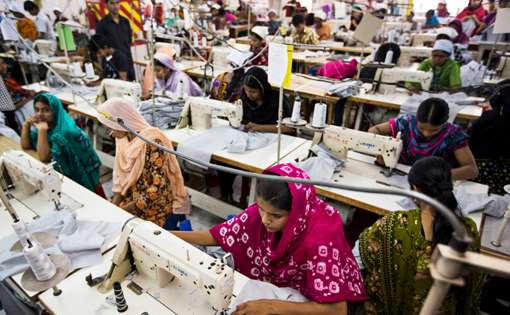 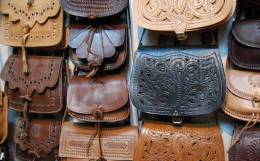