Pakistan is a country of diverse economy. The textile industry of the country is a major contributor to the national economy in terms of exports and employment. It holds the credit of being the world's 4th largest producer of cotton, and 3rd largest consumer of the same.

Currently, textile exports of the country are witnessing a declining trend. 90% of the textile sector is facing losses, and closures. The garment industry is not able to maintain pace with the processing and weaving industry, which is topping the global fabric market. Export figures of the country grew at a rate of 2.5% during the past 16 years, whereas China saw an increase of 12%, Sri Lanka 8%, and Bangladesh 15% comparatively.

Rough Patches in the Apparel Industry: 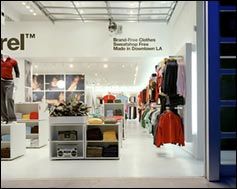 Pakistan is passing through a phase of worst power crisis in its history. Electricity is becoming a rare luxury in the country. With the increasing hours of power failure, apparel manufacturing is tipping at an exhausting end, deeply affecting the manufacturers. A survey report states that more than two months of production has been lost due to power cuts. Power charges, which were once costing 2 cents has now, increased to 19 cents. The non-availability of electricity, and increase in power tariff are likely to force the countrys apparel industry into unprecedented crisis. The spell of rain makes the problem worse, with longs periods for even up to 48 hours without power supply.

It is also believed that the focus of the workers was largely affected due to some social issues prevalent in the country. A survey report states that in Pakistan it takes 133 minutes to complete one piece of garment, whereas, it takes only 75 minutes for its competitors to complete the same apparel. Furthermore, 30% of the industrys productivity is wasted in finishing, and 12% in washing.

Now, the question is what is the solution for this? Industry analysts propose that electricity charges should remain the same for at least 2 years from now. To increase the export figures, sophisticated machinery along with high technology products and services are essential. Training centers must be established all over the country to educate the current and coming generation about the potential of textile trade. Proper marketing strategies should be formulated, and implemented. Adequate number of trade houses should be set up in various countries to support the textile and garment exports of the country. Export oriented textile, and apparel industries should be given preferences in accessing raw materials, finance and energy. Infrastructure should be given more focus to aid the garment exporters of the country.

Load shedding must be standardized for specific hours every day, even if it is unavoidable. Despite the unlikable consequences, energy crisis does not have any rescue. However, remedial actions can be taken to minimize the losses.