China has generally been ahead of us in many areas including entering into FTAs with other countries. It has been ahead of India in signing and operationalising FTA with Asean countries. The beginning of the year has seen the opening of the world's third largest Free Trade Zone (FTZ), in South-East Asia when China joined the 10-member Association of South-East Asian Nations (ASEAN) countries in lowering trade barriers. Trade between the group and China has gone up to nearly $200 billion in 2008, and the new regime is expected to push that up even further. Only the European Union (EU) and North American Free Trade Area (NAFTA) have larger volumes.

The canvas of new FTA covers a staggering 1.9 billion people and is expected to help the Asean countries expand exports especially vital commodities like iron ore, cotton and fuels like coal and oil. The tariff regime envisages a lowering of import barriers from an average of 5 per cent to a little over 0.1 per cent for member nations. Since the tariff levels were already low, there has been little opposition to the move from the Western economies which see the region as one of the growing markets.

But this is not a tasty cup of tea for some of the countries within the fold of Asean and not all member countries see this as a boon. Several, like Indonesia are concerned that the lowering of tariff barriers may see their markets flooded by cheap Chinese products especially textiles, steel, petrochemicals and electronics. China, Indonesia, Thailand, Philippines, Malaysia, Singapore and Brunei will lower their barriers to almost zero in 2010, while the four new ASEAN members Cambodia, Laos, Vietnam and Myanmar will do so by 2015. China has recently overtaken the US to become the third largest trading partner of ASEAN, after Japan and the EU. The lowering of tariff barriers means the Chinese will now have a slightly stronger balance of trade. The benefit to the Asean countries is of course the access to the world's largest consumer population, though they will be competing on equal terms with domestic manufacturers there. 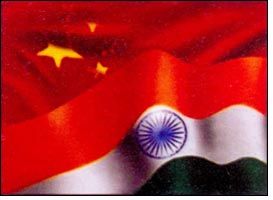 Some of the countries within Asean fold like Singapore, Malaysia and Thailand have small trade deficits with China, but countries like Vietnam have a large gap in trade, and are therefore concerned about this widening even further. However, agricultural produce imports are likely to go up in China, especially tropical fruits and palm oil. All these moves have implications on Indian trade as well. Indian exports to the region represent a significant chunk of our products, from agricultural commodities to finished goods. With the coming of the trade regime, India will be under pressure to sign similar agreements if it is to avoid losing out on this market. China could well upstage trading balances of countries like India and South Korea to the region. At a time when countries are scrambling to find business due to the decline in Europe and the US over the last two years, this represents a major challenge. India has been pushing for an Asean membership for a long time, but has so far had little success. Our economic, cultural and political ties to the region have always been low, with a focus towards Western markets and those in the Middle East. But it may now be time for us to push hard in this direction as well.