Most synthesized materials including synthetic fibers have been developed by science and sometimes by chance in the past, whereas natural materials are produced as a consequence of biological processes. ' These approaches have now been integrated.

Plants produce carbohydrates by photosynthesis. Air contains only about 0.3% carbon dioxide. Yet plants utilize this small amount of carbon dioxide with water to produce cellulose by photosynthesis. The structure of the resulting fiber cross-section is non-homogeneous, and is composed of complex multilayers, whereas that of the artificial fiber is homogeneous. Cellulose could be termed 'carbon dioxide fiber', and gives a hint as to how to produce an environmentally friendly fiber without using fossil energy if we could learn from nature.

Lessons from the silkworm

Rayon appeared about a century ago as the first chemical fiber mimicking silk. Rayon filament is made from wood pulp that is dissolved and wet-spun. Rayon is thus chemically composed of the same component (cellulose) as wood pulp. Then nylon appeared about a half a century later. Nylon was aimed to mimic silk chemically, and has similar amide groups.Fifty years after the invention of nylon (around 1988), a synthetic fiber reached a new stage of development when the combined yarn processing technology (the blends of filaments of different shrinkage characteristics) was developed to produce high bulky polyester fiber fabric with a characteristic feel different from natural silk. However, not all of silk's features were reconstructed. For example, the characteristic luster, moisture-absorbent characteristic and bright dyeability of silk have not yet been achieved. 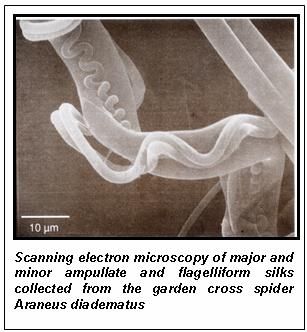 All the organic constituents of a chrysanthemum, such as sugars, proteins, fats, cellulose, etc., contain the element carbon, and one function of photosynthesis is to bring new carbon into the plant. It has been estimated that 200 billion tons of carbon are taken from the air each year by the photosynthetic activity of plants. This is done by combining carbon dioxide from the air with water already in the plant, to form sugars.

Photosynthesis requires energy, for the sugars have higher energy content than the simple compounds from which they are formed, and this energy is obtained from light which is absorbed by the pigments (chlorophylls and carotenoids) in the leaves. Plants consist of more than sugars, however, and these compounds have then to be converted into structural materials such as cellulose and proteins. These conversions also require energy to drive them and this is obtained by breaking down some of the energyrich sugars into carbon dioxide and water again, in the presence of oxygen. This energy-releasing process is termed respiration and it is similar to the respiratory processes in animals. The second function of photosynthesis, therefore, is to capture energy and to store it in the form of sugars where it is available to power the process of growth.

Dr J. Magoshi at the National Institute of Agrobiological Science (NIAS) in Japan has elucidated the mechanism of in vivo synthesis of silk in silkworm. It was not previously known how the silkworm makes silk from mulberry leaves. Mulberry leaves are digested to amino acids, which are concentrated in the silk gland where a two-layered silk protein is produced at room temperature. Gel-like fibroin solution is formed by calcium ions in the silk gland. Gel is transformed to sol by carbon dioxide in air, and becomes liquid crystalline in a narrow tube. Sol is transferred slowly to the spinning tube and is spun to silk filament. 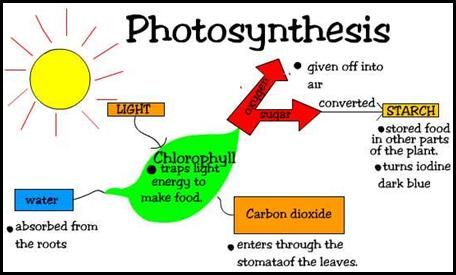 The silk gland corresponds to the polymerization/spinning tank in terms of the synthetic fiber production. Silk filament is produced enzymatically at room temperature. This high technology required for the precise control of such a molecular assembly has not yet been achieved by human beings. The process is now being reconstructed on an industrial scale. A biospinning factory is expected to develop to a commercial scale on the basis of the elucidated bio-mechanism of spinning soon as a substitute for oil-based fibers.

The silkworm spins fibroin, not by extrusion, but by drawing. The silkworm fixes the end of fibroin on to the ground, and swings its head in the manner of a number '8' to draw fibroin. In conventional industrial spinning of synthetic fiber, the nozzle is fixed and extruded filaments are drawn, whereas the silkworm moves the nozzle (mouth) to draw out filament. Silk filament is crimpled, and its assembly is bulky. In effect, silk has good properties such as heat insulation, moisture absorption and a good feel. The silk filaments assemble and synchronize to achieve high functionality. Now the filaments can be designed to synchronize and promote the same specific functions artificially. 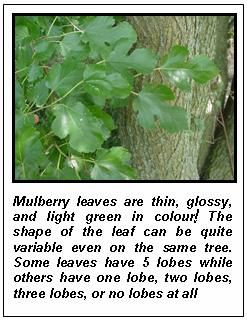 The regeneration of human hair is now being investigated. Modern biotechnology has made it possible to manipulate the cells responsible for hair to grow in vivo. If the hair growing mechanism can be duplicated, then wool can be produced artificially by biotechnology in the future. Spider silk is another interesting material. For a synthetic fiber the tenacity is inversely proportional to the elongation at break. In order to improve the tenacity, molecules should be oriented in the direction of the fiber axis.

When molecules are more oriented in a fiber, the tenacity increases but the elongation at break decreases. Spider silk in warp has a good tenacity close to Kevlar, and the elongation at break is a high as 35%. Spider silk in weft is coated with adhesive liquid to catch insects, and elongates surprisingly effectively when wet. The spider has the means to remove this liquid in order to walk to its prey without adhering. Now investigations are focused on explaining the structure of spider silk and its relation to its physical properties.

As has been indicated 'biomimetics' (the art of learning from the bio-system) could be the key to developing new materials. Applying information from biomimetics has in fact led to the development of new chemical fibers. Biomimetics is expected to lead to the next generation of materials. Nonhomogeneous materials can be developed with this technology, whereas only homogeneous material such as chemical fibers were the main target of the twentieth century. For example, new functions may emerge from mimicking the insect shell wing composed of liquid-crystal protein reinforced with chitin, which cuts out infra-red radiation in a hot desert.

Bamboo is a natural fiber-reinforced composite material composed of alternating parts of stalk and joint. Its cross-section reveals the distribution of fibrous materials, where the outside is dense and hard while the inside is coarse and soft. A bamboo has a non-homogeneous structure (with density gradient) from the same material, and is thus resilient to very windy and heavy snow conditions. Professor T. Kikutani (Tokyo Institute of Technology) has succeeded in producing a composite with the same density gradient by mimicking the cross-section of bamboo.

There are many examples of materials having density gradients around us in nature. A cap of a turbo shell is an example of a composite reinforced with micro-particles. In this example, the composite is made of a protein matrix and calcium carbide micro-particles. The density of the cap decreases gradually from the surface to the inside. The cap should grow as a turbo (Turbo cornutus) grows, and protects it from enemies. The disk-shaped cap has an amorphous layer structure, and grows in its radial direction as the turbo grows. No artificial system yet follows this type of processing, but we may expect to develop new processing methods for plastic materials in this way. The control of the non-homogeneous structure seems a key technology to developing the intelligent fiber.