Indian Textile Industry is the principal employer among all the industries of the country, yet it has a very small share in the global market. But handloom sector, the primary branch of textiles, is considered as the major for its established capacity. This is because India is the only country which produces handloom on a marketable scale. Economic meltdown has impacted on Indian Textile Industries as a result of which many export orders are getting cancelled and labourers depending on this Industry are almost on the brink of loosing their source of revenue. Over 90 percent units in the textile and clothing are in the SME sector, which is also the most labour intensive sector in our industry as a whole. The entire textile value chain is currently enduring a severe crisis. With such a situation continuing a bit longer, lakhs of workers who earn their livelihood through this industry will be pushed into the category of Below Poverty Line (BPL) and its high time that the impact of recession on labour and livelihoods in Handloom sector should be taken care of and necessary strategies and policies should be implemented to prevent further damage. 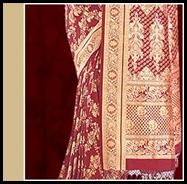 It appears that the global meltdown being witnessed prominently in the financial markets is all set to ruin the Handloom industry, which is currently facing a tough time. On one hand the prepared saris are not getting sold off in abundance like before, on the other hand the export orders appears to face a downward trend in near future. The Silk industry, which was facing a tough time due to other factors, is likely to face a major nudge in the coming days resulting into literal starvation of many people. Be it handlooms or power looms both methods of preparing handloom garments are threatened by crisis following the present situation in which the people related to this industry are failing to get work even for a month or two. They hardly get to work for just 15 days, which affects the daily wages of a lot of people. Exporters are also facing a tough time due to the declining demand for the handloom products. The classic Banarasi sarees of India are purchased by the rich strata people of India and across the globe and later by the victims of crisis. Till few years back the silk Banarasi sarees were extremely adored handloom products in the world. The Banarasi fabric is an indispensable material, traditionally used for marriage and party purposes. The suppliers are unable to meet the demand due to rise in inflation rate. It is also feared that if nothing is done on time for endurance of the artisans, these already deprived people may not at all get time for survival. Since the business is not doing well the artisans have to work for 15 days and the remaining 15 days they have to remain idle. Initially, the labour was Rs. 500, but today it is only Rs. 400 due to the adverse impact of inflation. Business of Handloom products had already been facing crisis for different reasons for a few years and the recent global retard to business organizations proved bluster to this industry. Since the prices of raw material are rising and material is not being sold, we can see very well that market is not responding in the manner it should. Hence, people are turning to other businesses.

It has been indicated by the International Monetary Fund (IMF)that there is a 2.2% decline in the growth of global market for 2009. Because of the escalation of recession main countries are in the sphere of downbeat. Export orders are dipping, and buyers are deferring the deliveries. Further, they are also requesting an extended credit period to tackle the credit chomp. India's exports are declining especially for the countries like US and EU, whereas their foils are fairly mounting up their markets internationally. The packages announced by the Indian Government were not adequate to traverse the effect. Steps were taken by the Government like swindling with the Repo Rate, Reverse Repo Rate, and Cash Reserve Ratio with the hope that it would provide liquidity to the economy. Unfortunately, as the recession had already inlayed, all efforts went in vain. 7, 00,000 jobbers were laid off, and 1, 00,000 jobbers are expected to lose their job, every month for the forthcoming 3 years. Industry forecasters envisage that textile and Handloom Industry has the capacity of 5 million direct and 12 million indirect jobs. With the effect of this, the export potential will soar upto $50 billion comprising 6% of the global trade. The domestic market would also grow from $30 billion to $60 billion. All this is only possible with enough support of the Government. It must come up with required measures to instill the very required vivacity to our textile and garment industry before it crumples down past the recovery. The handloom and power-loom production has declined by 3.8% and 3.2% respectively as a consequence of global slowdown. Production sustained at 6,677 million square metres, as compared to 6,947 million square metres the year before, in the handlooms sector. Though, the production in mills increased a marginal 0.8% from 1,781 million square metres to 1,796 million square metres. The hosiery sector also witnessed 2.3% increase in its yearly production. Some of the schemes undertaken by the Government to deal with the Industrial crisis are: integrated handloom development scheme, marketing and export promotion scheme, handloom weavers comprehensive welfare scheme and technology up-gradation fund scheme and many more.


The handloom sector majorly faces the problems such as unavailability of appropriate and adequate credit, technology degradation, and lack of marketing support. The government has proclaimed to provide loans at the rate of seven per cent. It is also considering a loan waiver of 26 thousand million rupees. These steps are expected to generate some fruitful results of the efforts made the Government. Textiles as a whole have matured at a compounded rate of around 10 per cent in last five years, but are currently under soaring strain of dumping from China and numb administrative policies. We still hope that the sector will survive the tides and come back in the race of different sectors of the economy with the same pounce and verve.