Effect of Cotton Prices on Demand of Reactive Dyes

It has been 40 years since the existences of the dyes industry in India, since our independence. As the chemical industry, dye industry is widespread. This industry is a widely divided as organized and non-organized Industry. The organized sector dominates, with 65 % share of total market, while the unorganized sector control the remaining 35 % of the market. 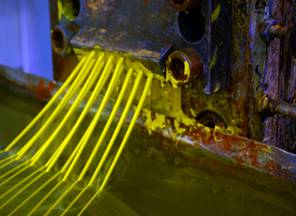 In India, the dyes industry is located mainly in two states Gujarat and Maharashtra due to easy availability of raw materials and large amount of the textile industry in this region. 80-85 % of the dyes units are located in Gujarat, out of which 400 units are spread across the industrial belt of Vatva, Naroda, Odhav and Ankleshwar. The major usage of these dyes is in textile, paint, paper, printing ink, plastics, pigments and foodstuff.


The Textile dyes, is a very import market in the world. India ranked sixth, as a global supplier of reactive, direct, acid and vat dyes. Gujarat having major prominent players like Kiri Dyes & Chemicals, Meghmani Organics and Bodal Chemicals, is the major manufacturer of reactive dyes in the country with its output totals to 50,000 tons per annum. 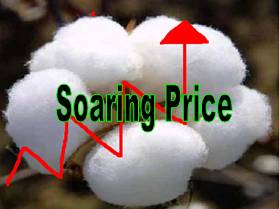 Currently in Gujarat, the reactive dye units across the state have seen a dip in their fortunes, as production of fabrics have dropped down, due to the incessant rise in cotton prices in the last few months. 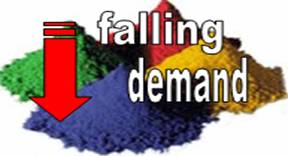 The segment which is dominated by small and medium (SMEs) units have been the worst hit as demand has plummeted by around 15-20 percent in the last few months.

The sector which primarily grew on back of demand from the domestic Indian market is now a major exporter to various countries across the world. The demand of Reactive dyes in Pakistan has also been reduced due to the destruction of the crop in the country due to the recent flood situation.

Raw cotton prices have nearly doubled from those prevailing a year ago, which has led to a fall in fabric production and in turn, created a slowdown in demand for reactive dyes from the dyeing houses in the country, resulting in underutilization of production capacity in the units manufacturing, reactive dyes.

According to Mr Shanker Patel, President - Gujarat Dyestuffs Manufacturers' Association (GDMA) who spoke to fibre2fashion, The reactive dyes industries which cater to the demands of the textile industry, have seen it dropping by as much as 15-20 percent, mainly due to the steep hike in prices of raw cotton, which resulted in drop in output across the textile value-chain.

This has all resulted in sluggish industrial environment, the dyes producing units are now working at half the installed capacity due to the reduced demand of reactive dyes in the market. Also the employee working hours have been reduced from six to five days a week. Due to all this it has become difficult for the companies to achieve there financial targets and maintain their bottom lines.

The government been aware of this price increase has taken positive steps like ban on export of cotton and cotton yarn to stabilize the domestic prices of cotton. Due to which it is expected that the reactive dyes demand would get back to normal, which would add some relief to the dyes manufacturers.