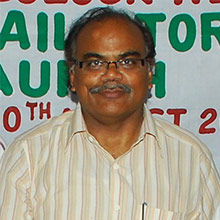 Handloom sector is a very ancient industry in India. Features of this sector vary across India. In some parts, it has attained the status of a mature industry, and in other parts, it is still an enterprise confined to the needs of the particular home.

Given the changes in the society in the last 100 years, there has been growth of mechanized textile production across the world, principally driven by Industrial revolution and by Western countries. Gradually, due to competition and for other reasons, handloom has lost much of its markets, and is almost non-existent in most countries. However, handloom sector is still a force to reckon with in India, and some of the South Asian and Asian countries such as Srilanka, Bangladesh, Thailand, and Cambodia.

In India, textile sector today comprises four important segments viz., modern textile mills, independent powerlooms, handlooms and the garment sector. Though there is a huge, informal tailoring enterprise it has never been studied or considered for any kind of attention, leave alone policy. There are also sub-sectors like textile machinery manufacturing and spinning sectors, which form part of the textile sector.

Among all these, handloom sector being the oldest has different features in different parts of the country. It employs the largest number of people. However, it is considered as a sunset industry, and there is an air of inevitability given the relentless march of mechanization, modernization and sophistication.

However, there are many advocates among the Indian population, who support the cause of handlooms for various reasons, including ideology, philosophy, sheer love for handloom products, economic arguments, etc... Irrespective of the policies, projects, and aspirations arising out of various quarters, handloom sector is undergoing changes which are impacting on the livelihoods of the handloom weavers. Some of the factors are internal and some are external factors related to the growth of modern textile sector.