The industry is desperately in the need of newer and very efficient dyeing/finishing and functional treatments of textiles. There is growing awareness and readiness to adapt new perspective on industrial upgradation of Cleaner Production Programme, such new technologies help enterprises achieve green production and cost reduction at the same time. Green Production has become necessary for enterprises under the upgrade and transformation policy. Therefore there is an urgent need to promote new technologies in textile dyeing and finishing, injecting new thoughts to the industry.

Electrochemistry refers to the use of electrical energy in initiating chemical reactions, replacing traditional aid agents in direct chemical reactions. Taking sulphur dyes as example, in traditional technology, sulphides (such as sodium sulphide, Na2S) are used as reducing agents. Although reduction process is fast and direct, large amount of chemical energy is wasted and wastewater with high chemical oxygen demand (COD) value is produced, making long-term operation inefficient. If direct electrochemical reduction is adopted, no reducing agents are needed and the COD value of wastewater can be largely reduced, hence lowering the cost of wastewater treatment.

Direct electrochemical reduction is undoubtedly more efficient than the traditional technology, and the underlying chemical principle is also simple. However, as the stability and oxidising/reducing power of different chemical substances are not the same, dyes may not be directly and effectively reduced by electrodes. Hence the scope of utilising direct electrochemical reduction is quite narrow. The principle of indirect electrochemical reduction is the same, but in operation another strong oxidising/reducing agent acts as medium, which makes the technology more applicable to different kinds of dyes. Taking indigo as example, traditional technology takes sodium dithionite (Na2S2O4) as a reducing agent, and the product should be re-oxidised in the air afterwards to fix the colour. Just like traditional reduction of sulphides, large amount of chemical energy is wasted and wastewater with high COD value is produced.

Apart from reducing dyes, electrochemical process technology can be utilised in other aspects. Taking bleaching as example, the core principle of electrochemical mercerizing and bleaching is that bleaching chemicals can be produced by electrical energy and can be regenerated; hence the process is easily controlled, waste-reducing and energy-saving.The process can be monitored so that bleaching occurs evenly. Also, the cost and danger of transportation is greatly reduced, particularly regarding hydrogen peroxide which is explosive.

Another emerging project is the technology of ozone electrolysis. Ozone is strongly oxidizing and can be used in decolourising and other waterless dye treatments (e.g. ozone jets to prevent wearing out of jeans). As ozone can selfdecompose, it will not cause pollution problems once carefully treated.

Supercritical fluid refers to the phase of a substance with both temperature and pressure higher than the critical point (the point where liquid and gaseous phases of a substance become indistinguishable). This phase of a substance enjoys many advantages and can replace water in the dyeing process. The supercritical fluid normally used is carbon dioxide (CO2), as the critical temperature and pressure are easier to achieve than that of other substances. Moreover, carbon dioxide is also non-flammable without residues, so it is suitable for industrial use. 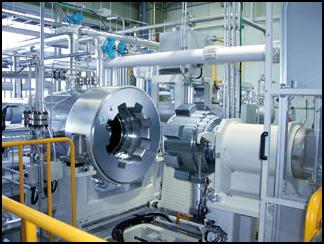 In traditional water-dyeing technology, textiles should undergo multiple processes with the help of aid agents, chemical salts, surfactants and reduction clearing agents. In contrast, for the supercritical waterless dyeing technology, only supercritical fluid is needed for dyeing and circulation, after which the pressure and temperature can be lowered and the whole process is finished, without producing any wastewater. Also, as carbon dioxide automatically detaches from textiles and remaining dyes, the latter can be reused. More importantly, as operation procedures are reduced, the dyeing cycle is also shortened from several hours to 15 to 60 minutes; energy is also saved due to the lower operational temperature.

Regarding the cost, although the equipment required for the process is quite expensive, the supercritical substance (carbon dioxide) is cheap and the technology enjoys an overall advantage in cost. On the other hand, although the technology is not mature enough regarding application in natural fibres, the quality of the end-product made of synthetic fibres is high. Overall, the effects of interactions between different textiles with supercritical substances are yet to be fully discovered.

When a substance in its gaseous phase absorbs enough energy, the outermost electrons in the atoms will escape the nucleus control and become free electrons, while the atoms become positively charged. This chemical status of a substance is called plasma. As it is volatile, it can discharge electricity under certain physical conditions and react with other substances (including textiles), leading to various chemical fusions and fissions. These effects can alter the surface structure of textiles; hence plasma is suitable for surface treatment. 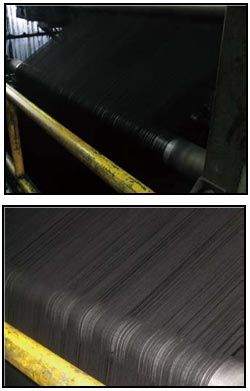 Since only the surface structure of materials is altered by plasma, the substrate characteristics of textiles will not be affected.

Also, as small amount of plasma is enough to produce profound effect and one set of equipment can accommodate to different kinds of gaseous chemicals, the equipment is relatively cost effective and user friendly.

The low pressure plasma dyeing technology is still being developed.

The textile dyeing and finishing industry is considered energy-wasting and highly-polluting, which will be forced to withdraw under the upgrade and transformation policy.

However, with technological development on a full swing, traditional industries are able to overcome technical difficulties and revive after the financial crisis.