Exports have played a pivotal role in the growth of the Indian economy. It contributes 16 per cent to GDP, therefore, it has become imperative that there should be a focus on not only increasing exports base but also improving their export competitiveness in the world market. A key factor hindering export competitiveness has been the high transaction cost involved in exports. Transaction cost related to trade involves a host of regulatory requirements, procedures and compliance measures; besides infrastructure-related cost- including transport cost to bring product to the border, time and money spent in ports on border procedures, international transportation costs and communication costs. Along with this, documentation has become an additional burden. 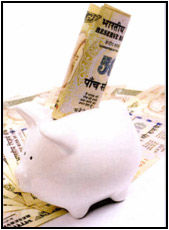 Trade facilitation is a key determinant of a country's competitiveness in the international market. Over the years, government of India has taken various initiatives to simplify and rationalize the procedural complexities in exports in order to put in place an efficient and effective trade facilitation mechanism and reduce the implicit transaction costs associated with the enforcement of legislation, regulation, and administration of trade policies involving several agencies such as customs, airport and port authorities, banks, trade ministry etc.

In order to overcome the recent global financial and economic crisis and help exporters become more competitive and have enhanced market access, the government apart from fiscal and monetary stimulus is also paying attention to other areas like procedural reforms, automation etc.

Keeping in mind the above issues, Department of Commerce had constituted a Task Force on Transaction Cost in October 2009 to assess the procedural bottlenecks affecting India's exports and imports.

The basic objective and scope of the work of the task force:

1) Reduce transaction cost for exports in terms of money and time spent, to improve ease of business competitiveness of the Indian exports.

At the global level, ease of doing business is one of the important parameters on which the status of trade facilitation in a country can be benchmarked. As per the business report of 2010 is concerned, India ranks 94 among the various nations, in terms of ease of trading across borders. It is noticed that India is far behind from comparable economies like China, Indonesia and Mexico in this regard. There are times and cost issues associated with the transport, documentation and clearances of export and import cargo. Clearly, such costs have adverse impact on competitiveness of exports.

2) Another important dimension of transaction cost in a large country like India is that there is significant variation in trade facilitation efficiency in different parts of the country. Part of the difference is explained by difference in access to trade related infrastructure and distance from port facilities. But differences also arise due to variation in quality of regulatory implementation and procedures. Such regional differences can lead to sustained economical disadvantage over a period of time and as such present a development challenge. 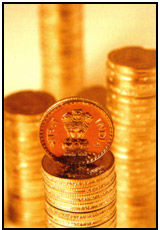 The major impediments which are the main cause in delays and high transaction costs are compared with the benchmark countries. They are:

1) Automation: In case of Singapore and Denmark, there is a maximum usage of e-trade and transactions which are processed within 10 minutes. Whereas in case of India some processes are automated under e-trade.

2) Single window: In case of Singapore and Denmark single window facility "Trade Net" and e-customs for exporters is available, whereas no single facility is available in India.

3) Duty Regime: In case of Denmark basic custom duty is zero on all products and no excise duty element is there, whereas in case of India, there are different import duties on several goods and excise duty on production for domestic consumption.

4) Examination: Singapore customs do not have any checks including examination at the time of exports and the level of physical examination is also zero and 2 to 5percent goods are physically examined in Denmark. Whereas, risk management system is operational, but 50 percent goods are still examined.

5) Duty Exemption: In Singapore, goods and services tax is not paid on inputs for export production at the time of imports and returns need to be filed after exports. In Denmark, goods imported for re-exports can be stored in a separate warehouse at exporter's premises. Whereas in India, various duty/exemption refund schemes exist for export promotion making the examination process complicated.

6) Helpdesk: In countries like Singapore and Denmark, outsourced call centre is being run by the Customs 24x7. Whereas no help desk is available in case of India. 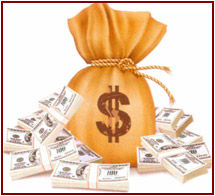 The remedies which are suggested by the task force after analysing the problems are:

Task force has identified a set of 44 issues relating to transaction cost spanning across the seven core ministries, out of these, 32 issues have been agreed, and 21 issues will also be implemented by the concerned ministries.