Home / Knowledge / Article / Industry / Trans-Pacific Partnership:What does it have to offer the Textile & Apparel sector?

Trans-Pacific Partnership:What does it have to offer the Textile & Apparel sector?

The Trans-Pacific Partnership (TPP) pact is currently being negotiated between the US, and eight other Asia-Pacific countries. How far would it benefit the participating countries, and what would be the impact of this agreement among the other nations? 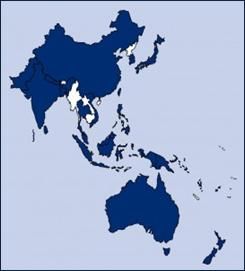 The eighth round of negotiations regarding the Trans-Pacific Partnership (TPP) pact was recently held in Chicago. The TPP is a trade agreement between the US, and eight other countries from the Asia Pacific region including Australia, Brunei, Malaysia, Peru, Vietnam, Singapore, New Zealand, and Chile. This is a multilateral free trade agreement for liberalizing the economies of the countries from the Asia-Pacific region. The main objective of the agreement is to minimize the tariffs among member countries, and gradually reduce them to zero by 2015. Textile and apparel organizations are more considered on how textile and apparel would be treated with a special emphasis on a yarn-forward rule of origin chapter.

Asia-Pacific integration with the US:

US along with the participating eight countries aim to come up with an agreement that would address the emerging trade issues and challenges. The agreement will focus on the new cross-cutting issues that are not included in any previous trade agreements. The pact intends to facilitate seamless operation of US companies in the TPP markets, helping the small and medium enterprises to take part in the global trade activities. US considers this pact as a high standard and broad based regional pact. It believes that the agreement will create and retain high quality jobs in US by increasing exports from America to countries with robust economies representing more than 40% of the global trade.

Asia-Pacific markets are lucrative, and offer potential market for US made goods. During 2009 exports from US to countries of the TPP amounted to approximately $618 billion. This is 58% of the total exports of US. The TPP is believed to be a credible pathway for the regional economic integration between the US and the countries of the Asia-Pacific.

Will the pact benefit the non-signatory countries too?

While the pact is showing rosy hopes, textile and apparel organizations are pondering on how their sector should be considered in the agreement. They also expect the TPP to include special considerations regarding the yarn forward rule of origin. During the first week of September, a union of textile and apparel groups consisting 25 Free Trade Agreement countries of Africa, South America, and Central America had requested the Trade Representative of the US to include a yarn forward rule of origin in the pact. They feel that the benefits of TPP should be accrued by its signatories rather than by those countries which are not a part of the agreement. If value added elements of the production process are made outside the participating countries, benefits are likely to be amassed by third party countries that are not involved in the pact.

In a press statement Cass Johnson, President of NCTO (National Council of Textile Organization), states that, "a single transformation rule damages the competitiveness of the existing agreements, and will destroy vital US and regional export markets. It will lead to widespread job losses in US and with our trading partners. It potentially leads to the elimination of all preferences for current and future trade partners" (Source: ncto.org).

On the other hand, the yarn forward rule implies that the complete production process; from the spinning of yarn till the fabric formation, and final garment making, should happen only in the US, or in the participating countries of the TPP. The Yarn forward rule is believed to bring long term benefits and a better choice for investments. It is expected to generate more number of jobs, and bring forth long lasting textile benefits.

Textileworld.com reports the NCTO President quoting, "By limiting benefits to the signatory countries, yarn-forward encourages investment and job creation in those places. In contrast, a 'single transformation' rule would not only drain potential jobs and investment from the TPP but it also would cause the catastrophic loss of textile and apparel jobs in the United States and in its free trade partner countries." It also quotes Auggie Tantillo, Executive Director, AMTAC (American Manufacturing Trade Action Coalition) saying, "For the TPP to be a success from an industry jobs standpoint, the agreement cannot just stimulate consumption, it must stimulate U.S. textile production. The only way for this to happen is to include a tight yarn-forward rule of origin."

Official negotiations regarding the pact will take place in the ninth round of meeting which is planned in Lima, Peru, during the last week of October. Apparel and textile stake holders expect positive outcomes from the discussions.