The Geometrical Framework of Pattern 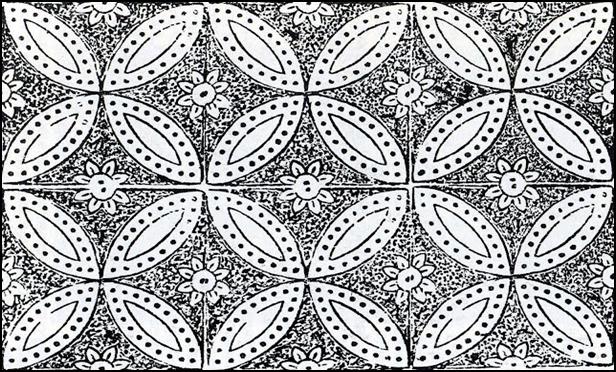 The use of abstract geometrical decorative work can probably trace its origin back to the first pattern work produced by the human species. There is no real origin point and no nationality or cultural group can really claim precedence over others, which is as it should be. The human species, despite the contradictions of some, is a unified whole with only localised surface variations. These in turn are often only regionally and culturally based and therefore not in any way or form entrenched in physical nature.

Strict geometrically defined pattern has the line as its key factor. Without line as definition there is no real pattern work to follow. By this assumption, line can be both simple and complex. However, the initial framework on which geometrically based pattern work is often fixed, can be incredibly simplistic, sometimes being formed from a mere vertical and horizontally lined grid or a series of repeatable circles.  It is interesting to note that despite the seeming simplicity underlying the traditions of geometrically formed pattern work; it has survived for countless generations and in turn has produced countless permutations.

How this initial geometrically based framework eventually becomes the rich pattern work that seems evenly spread across the planet, forming the core of many culturally diverse decorative art forms, has more to do with embellishment than anything else. 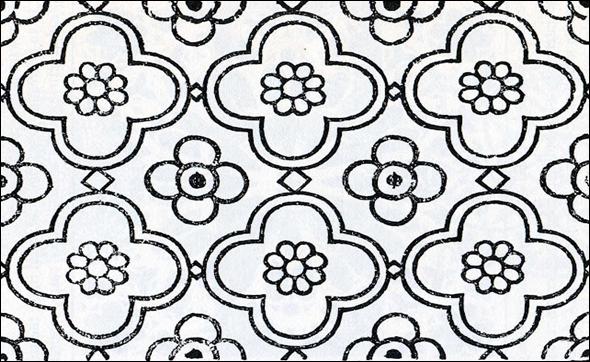 To embellish, or as the dictionary defines it 'to make something more attractive by adding decoration' is a feature of human nature that seems intrinsic and undying. To fill and encompass a grid or repeatable motif with simple or complex embellishment, making it more than it is, has defined this design form for centuries if not millennia.

Although the format touches and is indeed often a central part of many human cultures, the more readily noticeable cultural use of the geometrical pattern is in Islam and India, in the latter case both Islamic and Hindu. The five examples illustrating this article are all interpretations of Indian cotton prints of the nineteenth century produced through the means of copying and then expanding the pattern work found on original wood blocks that were brought to Britain probably through the auspices of the East India Company.

The five examples give a good indication of the range that can be adapted from the geometric. All use the circle or arc as the main device for setting out the framework for the pattern. However, even though the circle is primary, the lined grid is still an important factor and can be traced as either horizontal and vertical, or diagonal, sometimes both together. Some of the pattern work is relatively loose with primary motifs either barely touching, touching through a secondary medium or completely contained in their own separateness. Others appear much more interdependent, even interconnected giving a more obvious interpretation of the term grid. However, all the examples use a strict grid format even though some may appear not to do so. 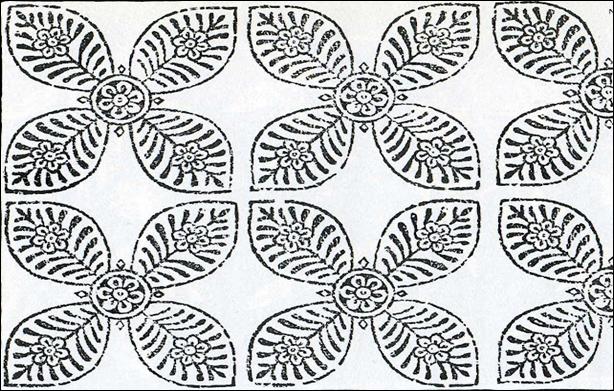 The wood block, in some respects a part of the vocabulary of the finished pattern, rather than the pattern itself, would have had to have worked within a larger relatively unseen framework which would have remained geometrically based in order for the large pattern to be able to work.

In some respects the definition of geometrical pattern work can be so diverse as to include line, border, motif, filled space, positive and negative, even flora and fauna interpretations. In this respect, the geometrical pattern has widened in scope and reach to include a whole range of complex embellishments, sometimes so involved so as to give the impression that the original geometric framework is redundant. However, the geometrical aspect of the pattern is still vital as it underlies all of the embellishment, and is the foundation if you like, of the finished piece. As long as the grid and line remain in place, no matter how seemingly invisible, the patter will always hold together.

Although this is by no means the only form of pattern work it is one of the most widely used and instantly identifiable. There seems no real end in sight for the geometrically motivated decorative pattern and its life will probably last as long as the species. Its undoubted appeal is its endless variability and simplicity, and in tandem with the human ability to embellish, it has become an intimate and encompassing factor, an outward indication of our human creative dimension and our endless ability to be unique. 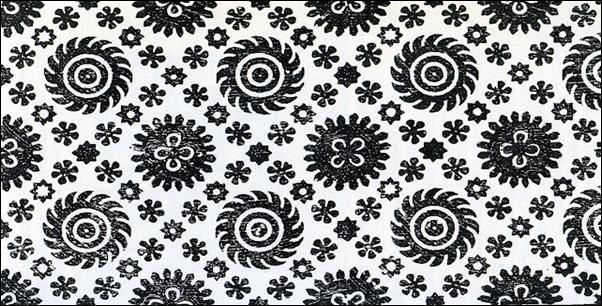 Originally Published in The Textile Blog.