The New Mass Consumption, Consumers Want More at a Discount

Before the financial crisis hit, consumers used to enjoy shopping for discount bargains at mass merchants like Target and Walmart all across the country. Consistently low prices meant consumers did not even feel like they were splurging on everything from apparel to gardening supplies. But since the recession, consumers appear to be more discerning in how and where they spend their money.

"One broad trend nearly all mass retailers have seen, whether big-box or small-box, is the tendency of lower and lower-middle income consumers to give priority to essential items, and that means consumables," says Greg Jacobson managing editor, Mass Market Retailer magazine. "As a result, whether we're talking about Walmart, Dollar General or Family Dollar, sales of consumables are increasing while areas such as home and apparel are having a hard time keeping up. For those consumers, areas like soft home, apparel and seasonal have become discretionary purchases in many cases."

On average, consumers spend approximately $54 per month on clothing, which is down significantly from $77 in 2008, $63 in 2009, and even $60 in 2010, according to the Cotton Incorporated Lifestyle Monitor Survey. The three year downward trend represents a decline of about 30%.

Shoppers have become committed to spending within their means and lowering their credit card debt. To do this, 56% are cutting back on spending when they shop, and 53% (62% of women) are staying out of stores where they are tempted to overspend, according to Candace Corlett, president, WSL Strategic Retail.

"At the top of the list of stores that are too tempting are the mass merchandisers," Corlett says. "They go when they need to go, but avoid the browsing trips; which is why Walmart trips are down."

On average, US consumers spend approximately $54 per month on clothing, which is down significantly from $77 in 2008, $63 in 2009, and even $60 in 2010, according to the Cotton Incorporated Lifestyle Monitor Survey. The three year downward trend represents a decline of about 30%.

The Monitor survey finds that over time, the percentage of consumers who plan their apparel purchases has increased significantly. In 2008, 65% of consumers planned their purchases. That figure has increased to 71 % today. At the same time, impulse shopping has dropped from 35% in 2008 to 29% in 2011. "As you move down the range of household income, those low-tier shoppers have faced increased pressure on their spending on food and fuel, and their ability to go out and shop," says Ted Vaughan, a partner at Dallas, Texas based BDO Seidman Retail and Consumer. "Unemployment continued to have an effect on some of those shoppers lower down in the household income range -- and that's affecting Target and Walmart more than some of the department stores."

Mass merchants are still the most popular type of store for most clothing purchases, according to Monitor data, though that percentage has declined from 28% in 2009 to 24% in 2011.

Doneger Group fashion director Roseanne Morrison, fashion director, says consumers at all levels are more carefully considering their expenses and prioritizing spending. "They are now buying with logic and precision about the end use of their purchases, and not overbuying," she says. Morrison adds that shoppers are thinking about the lifespan of their purchases, and are considering quality over quantity. "There is also an increase in pricing due to cost of goods and production cost increases, so cheap is not really an option. There will always be an emphasis on high/low buying, but now quality is tipping the scales. Also, there has been a dip in the profits of the mass merchant specialty chains, so this trend is actually quantified." 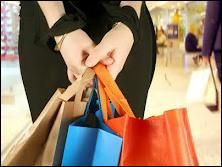 The Monitor survey has found that from 2009 to 2011, the percentage of consumers saying Wal-Mart is their favorite clothing store has declined, from 10% to 6%. Vaughn says Walmart has become proactive in wooing these customers back. "This downtrend started when the availability of credit started drying up. Walmart had done away with their layaway plan years ago, but they've re-instituted it this year to camp sate. Looking at the holiday season, parents are still going to try to provide gifts for their children. With layaway plan, customers can start shopping much earlier in the season."

Another enticement for shoppers: exclusives.

"Limited availability drives the customer out in droves," Morrison says. "When she knows she won't ha infinite access to things, it is a great motivation to buy. Now, many stores are reporting that they are doing more regular price business than they have in eons, because they are carefully editing what they buy; buying into exclusives; and creating excitement through special events and in- store happenings. Also the consumer is responsive to color right now, as color is emotional and happy."

Corlett says mass merchants have done "a terrific job" of trying to stay ahead when people simply do have as much to spend. "Our data show that shoppers like the improvements in stores at Wal clearly they love Missoni at Target, but they have less to spend and the entire consumer market place is trying to adjust to this."