Weakening US and UK Economy and Emerging Fashion Markets

United States of America (USA) and United Kingdom (UK) are the leading economies of the world. They have dominated other economies from the very start. They are the two best established and influential financial markets of the world. New York and London attracts immense foreign direct investment, and so does other cities of the two giants! 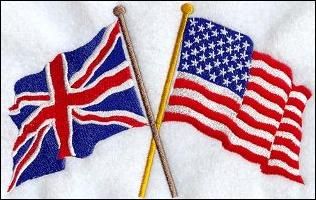 The two biggest economies of the world are also the biggest donors. Many under developed countries receive immense funds as foreign aid from them. The US and UK government allot certain amount of revenue as aid for the under developed and developing countries, annually. They also help countries that are victims of natural disasters.

But the two leading economies of the world could not escape the world wide recession. Along with many other developed countries of Europe and Japan, the US and UK was also caught in the tight grip of recession, because of which the economy of the two countries suffered terribly. Unemployment and bank losses were widespread.

Developing and under developed countries have also been hit because of the economic recession in US and UK. They are facing the problems of credit crisis and fall in exports owing to the weakening of the US and UK economy. Taiwan, Vietnam, and South Korea are likely to be the biggest sufferers as majority of their exports reach US.

Owing to economic meltdown, US apparel imports declined considerably. In 2008, its total apparel imports went down by 3.6 percent as compared to that of 2007. Apparel spending in the country also fell by as much as 10 percent in the first quarter of 2009. This was the peak time for global economic recession.

The US and UK used to dominate the fashion market till now. The US hosted majority of the fashion shows in the world. UK has remained a traditional fashion market since years. International designers received recognition in these fashion events. Many manufacturers were willing to invest in emerging markets owing to the talent displayed in such events. Recession has also lead to a reduced number of such fashion events. 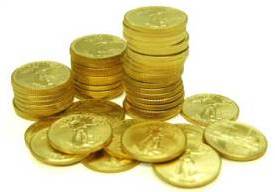 Falling economies has one more dark side to it. The US and UK manufacturers outsource labor work to developing and under developed countries for unfairly low money. Laborers of these countries are exploited as they are made to work under hazardous conditions for extremely low income. Nike sweetshop labor case is an example.

The US and UK are also exporters of many goods and products. These goods when reach developing countries become all the more expensive because of inflation in the two countries. Gold prices, for example, is growing at a never before rate. The main reason behind is the weakening of economy and inflation in US and UK.

Rahul Mehta, President, The Clothing Manufacturers Association of India (CMAI) remarks, "The weakening US and UK economy has obviously made a significant impact, since US is one of the biggest markets for the Indian clothing industry. Our relatively lower costs and booming domestic clothing sector helped many of our exporters to keep their factories going! But unless the industry and government jointly addresses the issue, I do not see a very healthy scenario for the industry."

Despite all the points mentioned above, it cannot be said that developing and under developed economies "only suffer" owing to the weakening in the US and UK economy. The chances of outsourcing increase. Emerging fashion markets can earn huge profits if they can get major players of fashion industries of the world to invest in their country.