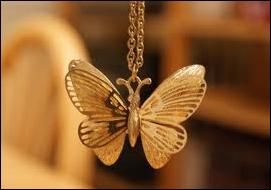 Sneha Shah, a 38-year old homemaker in Mumbai, has found a way to please her 8-year-old daughter Kesha while creating asset for the girl who loves to play with Barbie dolls.

Shah recently bought a customised Barbie-shaped gold and diamond studded neckpiece for her daughter. "I have also ordered a Mickey and Minnie mouse-shaped bracelet for my daughter," she says.

She is one of a growing group of urban parents buying toy-shaped jewellery for their children rather than spending on toys, thus opening a new avenue for jewelers to generate new business and catch future customers at a young age.

"This is a new trend among the young urban parents who want to gift their little ones gold jewellery with a surprise element," says Mehul Choksi, chairman and managing director of Gitanjali Group, a diamond and jewellery house that owns brands such as Gili, Sangini and Nakshatra. 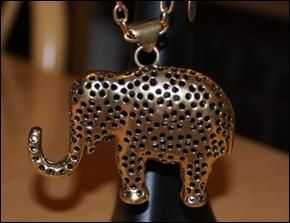 "Globally, characters with which kids can identify themselves are offered by jewelers. But in India it is a new trend, which is catching up among modern upwardly mobile parents," he says.

Choksi estimates the size of customized jewellery market at between Rs 1,000-1,500 crore, with a potential to grow 50% a year. "High price of gold is not likely to affect the growth momentum of this category of products," he says.

And this market is not limited to girl children. Richa Sharma, a 37-year-old homemaker in Mumbai, has got a gold pendant in the shape of a cricket bat, ball and the world cup trophy made for her 10-year-old son Aditya. "My son loves to play cricket and...He loves to wear the pendant," she says. "I am trying to find out new designs for my son," adds Sharma who gets her customized jewellery designed at the family's traditional jeweler, Joshi Jewelers, at Girgaon in south Mumbai.

Sudarshana Roychowdhury, a Delhi-based IT professional, wants the traditional 'evil-eye' pendant, which is worn to protect one from evil looks, to be designed in a modern way so that she can buy one for her son. "I am not perturbed if it costs a little more. I want to gift my son something which will look good on him," she says.

Mumbai-based S Zaveri & Sons, which offers pendants in the shape of baseball, chilly, elephants, teddy, fish and camel, says there is steady growth in this category. "Even grandparents buy these products for their grandchildren," its MD Amit Zaveri says.

Jewellery designers say they have to take extra care while creating new designs for kids. "I design bracelets, earrings and pendants in the shape of dolls, teddy bears, cricket bat and balls. But I do keep in mind that these should have no sharp edges, should not be toxic and be comfortable for kids," Rhea Nasta, a jewellery designer for more than 20 years, says.

"We are also giving special care to packaging so that the products become attractive," she says. Rajiv Popley, director of 85-year-old jewellery and luxury retailer Popley & Sons, says traditional items like Om, Ganesha and Swastik pendants will continue to grow.