How collective organizational memory can be key tool in building commitment

As corporates worldwide deal with the multitude of challenges presented by globalization and now, the recession, maintaining employee loyalty often gets pushed to the bottom of the 'to-do' list. Add to that a constantly changing workforce thanks to employee mobility, mergers and acquisitions and attrition, it's easy to see why employee motivation and morale are hovering around rock-bottom levels. 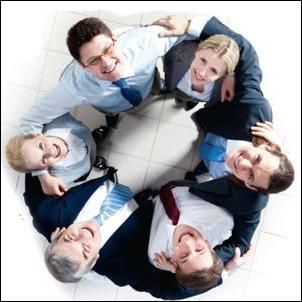 This is where collective memory, a popular psychological concept, enters organizational studies. According to Peter Bryant, Assistant Professor of Entrepreneurship, IE Business School, Madrid, the greater the overlap between an individual's personal memory and organizational memory, the greater his motivation levels. This forms the crux of his ongoing research in collaboration with Nathalie Lazaric and Moustapha Niang of Universite de Nice Sophia Antipolis.

In the context of an organisation, collective memory can refer to a number of things related to memories shared by all the members of the organisation. It could be corporate logos or symbols, or important events in the past, says Bryant. And it can be boosted by something as simple as placing pictures of the founders or important events in the company history across the office.

Winning an important award is another such instance when everyone feels proud and happy to be a part of the organisation. "Psychological research has shown that the ways in which we remember the past is important to how we will imagine the future. This frames our goals and helps shape our motivations," he explains. Further, it also has an impact on how people within the organisation relate to one another.

For Bryant, it was a conversation with a family member, also a professor of psychology, which sent him down his latest path of research. Listening to his work on the role of autobiographical memory in everyday situations made him realise that it could have implications in the workplace as well.

Till then, the new work done by psychologists on autobiographical memory had still to make its way into organizational studies. The findings have been consistent with what researchers believed. A greater overlap of positive personal memories with the collective memory of the organisation will lead to a more motivated and committed employee.

The flipside, if these memories are misaligned, it could lead to breakdown of commitment or a fall in teamwork. Some companies unknowingly do things which boost this collective memory. A dedicated day where past heroes are celebrated and new heroes from amongst the existing employees are recognised is one such. "Research has shown that doing something like this results in a sense of shared experience, which in turn helps people form collective personal memories of a shared life (in the workplace)," he says. 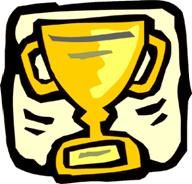 And this gains even more significance at times like these. "In a world where there is a great amount of change, where memories are continuously being re-formed over time because of people moving between organisations and the recession, the experiences have changed. We think if organisations build collective memory, the sense of commitment and motivation will be higher," he says.

Initiatives like these do help humanize the company's values, history and purpose statements, making them personal to each and every employee. The company's history becomes a part of the individual's autobiographical memory. This, in turn, can prove useful, particularly during tough times, either within the company or in the general business environment.

Admittedly, at present, there are more forces disrupting collective memory formation and maintenance than those working to cement them, and companies will have to work doubly hard to build upon it.