This paper will explore contemporary menswear fashion and aesthetics in order to evaluate if the notion of 'masculinity' viewed through the prism of dress has shifted society's perception of what is considered acceptable to be a well dressed man. Entwistle writes that 'There is no natural link between an item of clothing and 'femininity and 'masculinity' but an arbitrary set of associations by which clothes connote masculinity in a culturally specific way (2003; p 143). Davis contextualises this gender difference in dress in Britain from 1837 when men clothes were to symbolise a 'highly restricted dress code' while women were permitted the freedom of an 'elaborated code' of dress (1994; p 39). This is linked to the period of industrialisation when men and women lived separated lives and men dressed sombrely to accord a successful working career. This restricted dress code has for decades been linked to male identity. However in the last decade new and emerging technology has aided menswear design and manufacture, particularly in the high end-luxury market. Combined with changes in male consumer attitudes and behaviour to fashion this has challenged the conventional restricted dress code. 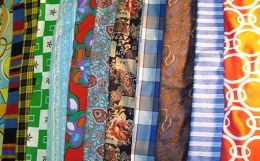 Recycled Fabric : Sustainable Fabric or Not... 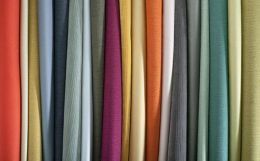