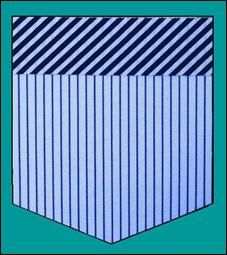 The world population is currently estimated to be around 6.92 billion, and with the technology advancement, we humans have started using mobile phones, ipods and other electronic gadgets. A report in the PC World states that cell phone subscriptions have reached 3.3 billion, which is half of the world's population. We tend to keep these dearer objects of desire mostly in our shirt pockets. The basic fact about cell phones is that they emit microwave radiations apart from radioactive radiations. And studies have revealed that cell phones kept closer to heart is one of the reason for heart attacks and strokes in young people. Young people form a major share of cell phones and ipod users and in turn they are the major share of people who are fashion victims. This paper is an attempt to argue the need of design intervention in clothing, Shirts in particular. This paper also focuses on the need to shift shirt pocket from left side to right side. And to remind that Fashion designers are the real masters that embellish the beauty of women and smartness of men. Designers shape up bodies in the most modest manner and make anyone look stunning and sensuous. Now its time for us to shape up their health too.

Avinash Raipally is a Designer, Entrepreneur and an Academician. At present he is holding a post as an Asst. Professor and Centre Coordinator (Head of the Department) for Fashion & Lifestyle Accessories Department at NIFT -Hyderabad.