Rupee Fall is Only Natural

You hear it almost every day now: The rupee is at an all-time low! Not just that, it's also the weakest one among its Asian peers. We need this to stop! 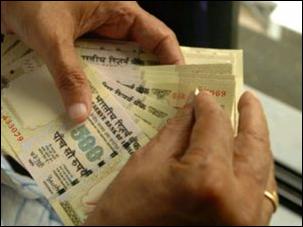 India is going through a pubescent stage that all emerging economies inevitably go through. It took its success for granted, started spending wildly and deciding badly. But, eventually all parties end and the music stops. When that happens, you have to be prepared to slug it out through the hard times.

Hard times were upon us in 2008 when the Sensex dropped almost 50% and the rupee hit a low of 52 in the weeks following the Lehman bankruptcy, but we were rescued in the nick of time by the G20 response to the ongoing global financial crisis. Finance ministries of all significant economies got together and orchestrated a co-ordinated intervention; injecting $1.1 trillion almost overnight into the world's banking system.

India should have learnt its lesson from that close call and put its house in order. But that chance was wasted. And now when the second wave of the global financial crisis is coming ashore, we find ourselves ill-equipped to handle it. A bloated current account deficit, socialistic government policies, fleeing foreign investors and an endless demand for dollars to pay for our oil imports have left the rupee in its current state.

But looking at the rupee's depreciation purely as a symbol of the economy's problems is misguided. A country's currency acts as its ultimate failsafe. When all else fails, it acts like a pressure valve releasing pressure and bringing things back to equilibrium. The rupee's fall is meant to do the same.

Any economics for dummies textbook will tell you, there are two ways out of a fix for a country in economic trouble. The first, and nobler way, is for the country to clear out its inefficient systems and to cut back its useless spending. This helps the country revive its economy by becoming leaner, more evolved and as a result more competitive.

The second, less noble but an easier way, is to let its currency depreciate. A weak currency gives its country a competitive advantage by making its goods look cheaper compared to countries with stronger currencies. A weak currency thus increases exports and allows the economy to earn its way out of a hole. It's survival by thievery, but it is still survival.

History is riddled with examples of kingdoms and countries devaluing their currency to get out of trouble. Some of the more contemporary instances have been of Great Britain devaluing the pound during the 1991-92 ERM crisis, another is the Indonesian Rupiah, Malaysian Ringgit and Thai Baht losing more than 80% of their value in the 1997-98 Asian crisis.

The government has been in policy limbo and is unable to make the corrections required to boost market confidence. The markets have reacted by forcing the rupee to depreciate. There's nothing sinister about it, it's a natural response.

When a currency devalues, it does more than just rebalance the import-export equation of the country. It sets off a chain reaction with far reaching consequences in terms of financial and institutional reforms. At times, the process can get painful.

Yes, an increase in export earnings is a happy consequence. But on the flip-side, imports get more expensive as well. The weak currency hence forces painful internal inflation on its economy. Painful inflation then results in a cut back in spending, both government and personal.

Allocation of resources and capital is forcibly rethought and redirected to things that are either necessary or productive. Through this process of creative destruction, the economy becomes leaner and more efficient; it spends frugally and earns more at the same time. Hence, currency devaluation triggers the sort of reforms the government was unable to enact on its own.

So when and by how much will the rupee devalue? The timing and magnitude is hard to predict. Valuation methodologies, like purchasing power parity & real effective exchange rate place fair-value for the rupee in the 60-65 area against the dollar.

This would be a 15% fall from current levels. But in a crisis situation, markets tend to overshoot and a 30% drop could easily happen. So seeing the rupee at 75 should not be considered a zero-probability event. Or, the government could wake up and bring about reforms that arrest the rupee's fall and maybe even set it on an appreciating trend.

This article was originally published in the Economic Times dated 27th June, 2012, written by Sankalp Singh, associated with the FX Concepts.