Still a Long Way to Go For Sewing Machines

Clothing is one of the basic needs of man. The $4395 billion worth of the global textile and apparel industry manufactures garments for the entire world. The process of manufacturing garments takes place in four stages. First of all, the raw material is spun into yarn. Later, the spun yarn is woven into a fabric. This woven fabric is dyed and printed to produce textile. The textile is cut and stitched to produce desired garments.

The final stage, that is the production of garments from textiles, is a hectic job. It requires brains as well as automation! The invention of sewing machines made this job easy to some extent. But the desired progress has still not been achieved in this stage. Automation in this stage lacks behind as compared to the spinning, weaving, or dyeing and printing stages of garment manufacture.

Manufacturing units employ sewing machines to stitch textiles into garments. But they also employ equal number of workers to use them. They need attention while work is being carried out on them. A sewing machine by itself cannot sew clothes. Nor is it so that they can be adjusted to a certain extent in the beginning and then left to work on its own! A worker needs to be present to operate it and pay attention to all the details. 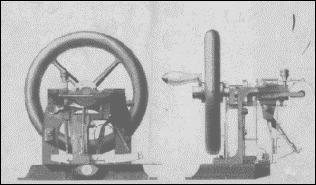 The early sewing machine, as invented by Elias Howe, differed just slightly in its functions. Stitching done by hand could be done with the help of a machine. This mechanized the stitching process and was faster as compared to hand stitching. It was a simple idea laid down on a machine wherein two threads were chain stitched in a manner that they do not open. This primitive machine required a worker for operation.

Continuous improvements came to be made in sewing machines since 1850. They produced neat and tidy lock stitches around the pieces of clothing which kept the two pieces together. These mechanical sewing machines could make straight as well as zigzag stitches. But workers needed to put in a lot of efforts from their end. One needed to run the wheels by a foot pedal. This is the reason why clothes of light and medium weight were stitched by it.

By the year 1889, electric sewing machines came into the market. They were supposed to be advanced machines. They enabled the sewing machines to stitch by sending an electrical impulse via a motor. It reduced the efforts put in by a human being in order to create stitches. This is because the electric impulse will make the machine shoot the needle and take it back to its assigned place. But a worker was still required. 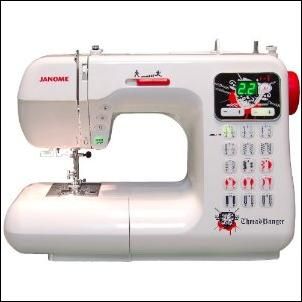 Computerized sewing machines are the most advanced sewing machines present in the market, currently. They do not have a foot pedal. There is a button which can be pressed in order to start or stop the machine. These machines are used in industries and manufacturing units, while the above mentioned two are suitable for home sewing. But even in this advanced type, a worker will be required to guide the fabric.

There is no such thing as full automation when it comes to sewing machines. A worker will always be required to direct the way in which the clothing is stitched, even on a computerized sewing machine. When individuals sit on the machine to stitch, they are likely to feel more comfortable if the machine is mechanical or electric. This is because they can have a complete control over the piece during the stitching process, then!

The scenario was the same at the time when Howe's sewing machine gained popularity. The machine has not been enough developed so as to work entirely on its own. A human hand will always be required to guide the stitching of clothes. This is the reason one can find many employees in a garment manufacturing firm. Women are especially employed to work on sewing machines. The cut pieces of textile are stitched in the appropriate manner to produce clothing. 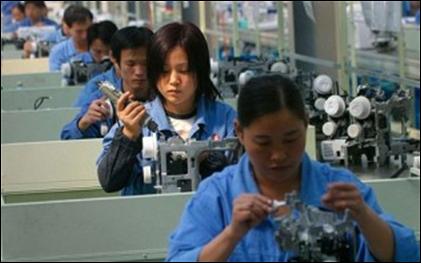 Majority of the developments made in a sewing machine are towards increasing the speed by which the machine creates a stitch. This ultimately results in more stitches being generated. Efforts towards making a sewing machine standalone have not been considerable. The best garment manufacturing firms all over the world hire workers as tailors, especially women, to stitch clothes on a sewing machine.

Since stitching is a labor work in large parts and mechanization can be applied only in certain limits, there is always room for manual error. Researches towards making sewing machines fully automatic are few. Sewing machines have a long way to go! There is an intense need to develop fully automated sewing machines. This will enable manufacturing units to hire lesser employees and also obtain perfectly stitched clothes.