China announced a widening of the daily trading band of its currency, the renminbi, on 15 April, 2012. Effective on 17 April, 2012 in the foreign exchange spot market, Chinese banks can exchange the Yuan 1 percent above or below the central parity rate against the US dollar set by the Central bank, the Peoples Bank of China. Previously, the limit was 0.5 percent each day. 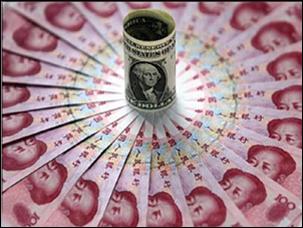 The move was not surprising, as both Premier Wen Jiabao and Central Bank Governor Zhou Xiaochuan said in March that "appropriately" expanding the trading band was the next step China, a country that has not allowed its currency to be fully converted, would take to "deepen the reforms of the foreign exchange regime". The last time the daily trading band was widened was in 2007.

The fresh move conveys at least two messages. First, although the move is a baby step in Chinas push to make its currency fully convertible, it indicates that the country's top leaders, in their last year in office, are keen to make some progress in the financial reform that has been interrupted by two global financial crises. It is no secret that the Central bank, which is headed by Zhou, is an avid advocate of foreign exchange reforms. The bank has to take a lot of jobs such as setting currency exchange rates, and buying and selling Yuan notes to maintain the nation's exchange settlement system, things that in many countries are done by market participants. No wonder the bank wants to liberalize the rigid exchange regime to free itself from such tasks.

But the Chinese Ministry of Commerce is basically in favor of a controlled foreign exchange system, which it believes can give China's traders, exporters in particular, a strong boost. The thinking is understandable as a favorable exchange rate policy gives an advantage to traders. Moreover, a controlled system can protect traders from unexpected fluctuations in the foreign exchange market.

Other government agencies such as the National Development and Reform Commission, the watchdog of some major industries including steel and energy, are neutral on this matter. But they would stand beside the Ministry of Commerce when the fluctuation of the currency market threatens to hurt the industries they regulate. In fact, they believed the threat had become real during the 2008 financial crisis and also in the ongoing difficulties, and they therefore voted in favor of maintaining control in the system.

The State Council, the Chinese cabinet led by Wen, is the arbiter of this issue. In the past years, Wen apparently chose not to side with the Central bank to please the majority of the cabinet. But his mind may have changed as he is in the last year of his tenure. Politically speaking, outgoing leaders tend to do something different. They are keen to do things they have long wanted to do. In the case of Wen, financial reforms are certainly what he has been eager to do but has failed to pursue. Of late, the Premier has been launching several landmark policies such as a pilot program allowing private businesses in Wenzhou to buy banks and establish financial cooperatives.

But that is not to say China is galloping on the road that most Western countries - the United States in particular - wish it would take. And that is the second message of China's move to widen the Yuan's trading limit.

If Washington is asked to choose one of two things - quicker appreciation of the currency or wider trading band - there is no doubt that it will opt for the former. However, after the trading limit is expanded, it is almost sure that the renminbi's appreciation will slow.

As both Wen and Zhou said in March, the value of the renminbi has reached "an equilibrium" but the conditions are ripe for widening the fluctuation of the rates. Now that the second half of the statement has become a reality, the first half of it is also set to become true. That means Beijing is convinced that the Yuan's value against the US dollar has come to a reasonable level, ruling out any need to significantly raise the value of the Chinese currency. Based on that thinking and its 3-5 percent appreciation in the past years, the Yuan will appreciate against the greenback by a maximum of 3 percent this year, if it does not depreciate.