Brazil is promoting its textile and apparel industries as key development sectors. Actions against importing textile goods from competitors that don't abide by international trade rules are being enhanced, as the so-called "Bigger Brazil" plan aims to make the country more competitive. The plan cuts US$16 billion from taxes until the end of 2012 and is focused on protecting domestic manufacturers. 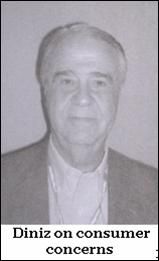 Hong Kong is being targeted as a significant regional centre for trade, while Texbrasil (a programme sponsored by both industry and the government) continues its long-term effort (among other things) to promote Brazilian fashion on the Chinese mainland. Domestically, the Brazilian ready-to-wear sector is bright for exporters who are price competitive and co-operate with well-organised Brazilian importers. 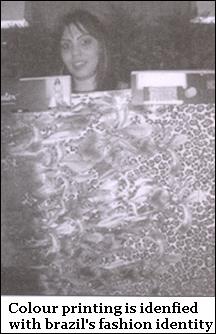 The Brazilian Textile and Apparel Industry Association (ABIT) wants the government to take a tougher stance against illegal and unfair imports, arguing that keeping a healthy textile and apparel industry is important for the economic and social fabric of the country. The industry is Brazil's second largest manufacturing employer after the food and beverage sector, with 30,000 companies and 1.7 million workers. Brazil is the world's fifth largest global textile producer and possesses sophisticated supply chains for the cotton and man-made fibre sectors. However, soaring imports from Asia, and especially from China, are putting pressure on Brazilian manufacturers.

Fast growing imports: Brazilian textile and apparel imports have grown at speed. Between 2006 and 2010, imports of yarns and fabrics have jumped from US$1 billion to US$2.7 billion and the imports of made-up articles, mainly apparel, have grown from US$427miliion to US$1.3 billion.

Asian suppliers have done well. In 2010, the Chinese mainland had a 39% share of Brazilian textile imports (including yarns, fabrics and knits), with a 48% share of home textile imports and 60% of apparel imports. Hong Kong was among the top ten countries of origin in the apparel field. In 2010, Brazilian clothing imports from Hong Kong were at US$22 million, compared to US$643 million from the Chinese mainland.

Aguinaldo Diniz, President of ABIT, said: "with store shelves and hangers full of Asian products, Brazilian consumers don't seem to care about the origin of the clothes they buy. They seek lower prices, and in that area, the national industry has taken a beating due to currency exchange rates and Brazil's [own] costs." 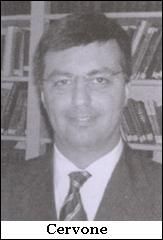 Trade barriers: Up to 2007, Brazil had a trade surplus on apparel. Three years later, the country had a trade deficit of more than US$900 million, a figure that continues to accelerate. Rafael Cervone, CEO of the Brazilian Fashion Industry Export Programme, Texbrasil, says that the Brazilian industry doesn't have a problem with imports as such. He explained: "what's worrying ABIT and Texbrasil is the trade behaviour of some companies, like false product declarations, under-pricing and unfair competition." However, Brazil's import duties, high taxes and cumbersome customs procedures don't seem to have deterred importers. Patricia Bianco of the Consulting Department at the China Trade Center (an organisation that promotes mutual trade between China and Brazil) visited the Sao Paulo Pret-a-Porter fair last January and said she saw Chinese mainland products such as clothing and material in nearly every booth. At the fabrics fair Premiere Brasil in Sao Paulo also last January, some foreign exhibitors regretted that the Brazilian measures aimed at combating illegal or unfair imports are also hampering regular imports. Daniele Sanzeni, CEO of the Italian company Lanificio Cerruti, said import taxes and other costs tend to double the price of fabrics imported to Brazil, while Peter V6gtlin, of the German company KBC, a world leader in digital textile printing, complained that high-value goods are sometimes treated by Brazilian customs as low-end goods of suspect origin. Currently, Brazil has eight anti-dumping procedures running on textiles. ABIT is studying new cases. 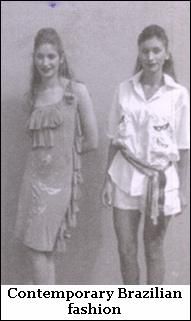 Hong Kong and the Chinese mainland are export targets: While Brazilian textile and apparel imports were soaring, exports have been in decline. Brazilian textile exports dropped from US$908 million in 2006 to US$797 million in 2010, and exports of made-up articles from US$664 million to US$429 million. There's a gap between the ambitions of Texbrasil and the present export performance of most Brazilian textile and clothing companies. Many remain focused on the growing domestic market, and among the exporting companies, most only eye neighbouring S. American markets.

Renata Corazza, Marketing Director of the knitting company Malhas Elizabeth, explained that "supplying to the domestic market is a lot more attractive than selling knits abroad. First, one can get better prices in Brazil than abroad. Secondly, our customer relationship with domestic brands is more satisfying." Brazilian exporters usually insist that they want to compete through "added value" rather than prices. Even strong global players like the Brazilian denim producers Vicunha Txtil and Canatiba said they try to avoid price competition with Asian denim suppliers. The Indian supplier LNJ Denim may offer prices from US$3 to US$6 per metre in the Latin American markets, but Canatiba's Export Manager Noriko Naka pointed out: "our price range is more like that of European premium denim brands, from US$6.5 to US$ 10.4 per metre."

Argentina and the US are currently Brazil's main export markets for textiles and apparel, followed by some Latin American and European countries. Last year, Texbrasil decided it was time to export to the Chinese mainland, both directly and via Hong Kong. Rafael Cervone said: "China has become one of the Brazilian textile and apparel industries' big targets. While leading exports, China is also the largest importer of textile supplies and a huge consumer market."

Growing interest in Sao Paulo for China trade: Initial studies of the Chinese mainland market indicate that there's potential for Brazilian beachwear, fitness wear, sportswear, womenswear, evening or party attire, and bed, bath and table goods. Hong Kong could be a good place to start the process, analysts believe. Brazilian designer Alessa Migami, who makes up to 60% of her revenue from abroad, had her first experience of Hong Kong through contacts made in March 2010, at her booth during the Trano"i, a Paris fashion event. She said she spoke with Hong Kong-based Sidefame, a high-end chain for cutting-edge products. "They picked some more luxurious and creative items, very prt--porter and youthful; it was not a question of price. Later, they sent a high volume order." Savyon, a Brazilian knitter specialising in jacquard fabrics, entered the Chinese market through an indirect path. The company serves customers in the US that manufacture goods in China, from where the product is then sent to end consumers in the US.

This article was originally published in the "New Cloth Market", June, 2012.