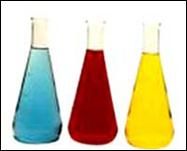 This article briefly discusses about the applications, ideas, and future perspectives of adsorption process using low cost industrial & agricultural waste available at negligible cost & their application to remove the effluent of textile industry.

Developing countries in Asia are threatened by environmental pollution due to the lack of waste treatment facilities. Most wastewater treatment technologies are known as being costly and not affordable by the municipalities and the small scale polluting industries.

Textile industries discharged a large quantity of highly coloured wastewater effluents which are released into nearby land or rivers without any treatment because the conventional treatment methods are very expensive. On the other hand the low cost technologies don't allow a wishful colour removal and have certain disadvantages. Thus the removal of colour from effluents is one of the major environmental problems. In this concern adsorption process has been found to be more effective method for the treatment of dye containing wastewater.

Adsorption is of significant importance for effluent treatment, especially for the treatment of colored effluent generated from the dyeing and bleaching industries. Low cost adsorbents have gained attention over the decades as a means of achieving very high removal efficiencies to meet effluent discharge standards.