Chemical Safety in Textile and Apparel Markets of Emerging Countries

Asia is gradually becoming the global marketplace widely predicted for the 21st century. In the shopping malls of Doha, New Delhi, Seoul and Shanghai you will find global apparel brands. So where will be your next export market?

Apart from Japanese Law 112 that has long since limited the formaldehyde contained in apparel, the earliest Asian regulation of chemicals in textiles was in 1997 by India. This banned specific Azo dyes from being used in apparel products and textiles. The next was Chinese regulation GB 18401-2003 that became effective in 2005 and also restricts azo dyes and formaldehyde as well as defining the pH value and certain color-fastness tests, to address safety concerns for chemicals, dyestuffs and wet processing. 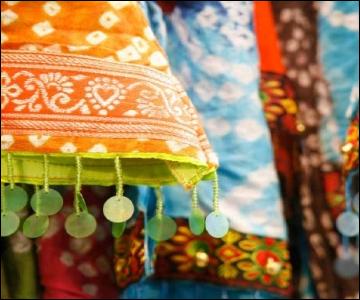 Arising from the necessity for the compliance of their exports with EU and US safety regulations and their corresponding restrictions on substances, not only have emerging countries adapted, but also developed their own textiles and clothing consumer safety regulations. Recent regulations now require imported brands and distributors take pains to test and comply with stringent regulations when expanding into emerging markets. Examples of such legislation include: South Korea 2010, Taiwan 2011 and Egypt 2012, where sophisticated official control systems are now in place that affect homegrown and imported apparel and are mandatory for all retailers and brands that wish to sell their products in these markets.

Banned Azo Dyes: Defined as containing within the molecule at least one azo bond (-N=N-), azo dyes have typically found use as colorants in textiles and apparel. Certain azo dyes can release harmful aromatic amines when exposed to specific chemicals or enzyme conditions. Some aromatic amines are carcinogenic and so are banned. Azo dyes are banned by Egypt, India, China, South Korea, Taiwan and Vietnam. While Japanese government agencies are currently considering similar legislation, voluntary restrictions were announced on March 29, 2012 by Japanese textiles and leather industry associations.

Cadmium Compounds: It is a naturally occurring and abundant metal and cadmium is frequently used in dyes (typically green, yellow, orange, red), plastics and in metal accessories for textiles and apparel. Used in the manufacturing of polymers like PVC, cadmium is also a well-known stabilizer. It is often used as a coating agent, since cadmium is relatively hard to oxidize. However, there is commonly held suspicion that cadmium and its derivatives are carcinogenic. Cadmium is restricted by Egypt and Taiwan.

Brominated flame retardants are stable and heat resistant, and for this reason have a wide range of application, such as in textiles, electronics and automobiles. With an equivalent toxicity to PCBs and DOT, PBBs and PBBEs/PBDEs are compounds also suspected as being carcinogenic. Their persistence-in the environment also makes them a threat to wildlife. Once entered into the environment and a part of the food chain, they can pass up chain to humans. Organophosphate-based flame retardants TRIS and TEPA are suspected carcinogens as well. Restrictions on flame retardants are enforced in Egypt, Japan and South Korea.

Formaldehyde: Despite being a volatile organic compound, the chemical properties of formaldehyde make it suitable as an agent for anti-creasing and anti-shrinking. It can also form polymeric resins when blended with phenol and urea. Formaldehyde may be found in textiles and apparel for stiffening and permanent pressing of fabrics. Recently it has been identified as a high risk for formaldehyde failures with pigment prints. Formaldehyde is a highly toxic chemical that can cause cancer or induce irritation to lJ1ucous membranes, despite being widely useful. Egypt, China, South Korea, Taiwan, Japan and Vietnam restrict the use of formaldehyde, but it is not yet restricted by India.

Lead Compounds: Lead is a heavy metal that naturally occurs in several ores. The uses for lead in textiles and apparel are associated with plastics, metal accessories paints and dyes. Also suspected as carcinogens, lead and its derivatives can seriously impact the human kidneys, immune system and central nervous system. Restrictions on the use of lead are in force in Egypt, South Korea and Taiwan.

Organotin Compounds: Compounds that contain at least one tin-carbon bond are referred to as organotins. Organotin compounds find use as catalytic agents, industrial biocides, plastic stabilizers, glass coatings, antifouling paints and pesticides among its major commercial applications. These compounds pollute the environment and are harmful to aquatic life. Even at very low concentrations, organotins are extremely toxic to marine and freshwater organisms. The primary source of exposure to humans of organotin compounds is from seafood and the most common harm is damage to the immune system. Tributyltin (TBT) and triphenyltin (TPhT) are the most common organotins used in the textile and apparel industries, because DBT is mainly used as a stabilizer in PVC applications and for plastisol prints instead. Organotins are restricted by Japan, South Korea and Taiwan.

Phthalates: Most commonly used as a softener for products made from polyvinyl chloride (PVC) these are a ubiquitous class of compounds. Phthalate is a term referring to the di-ester derivatives of phthalic acid and so is a group of different compounds, although they are structurally related.

Modern commerce makes diverse use of phthalates. One common use is to soften PVC products that require flexibility, for example blood bags and children's toys. Phthalates are also found in many consumer products, such as textiles, footwear and cosmetics because they are used as lubricating oils, solvents, fixatives and detergents. Its very diversity inevitably creates human exposure opportunities. Plastisol prints on garments often contain phthalates and they are also present in PVC-based materials that are used for coating, shoe soles and in many accessories produced by the garment and footwear industries. Recent studies have shown that phthalate exposure can amend estrogen levels in the hormone systems of humans and animals, giving rise to serious health problems like cancers and impairments to the reproduction and development. Phthalates are restricted by Egypt and South Korea.

Chemical hazards like those described above are regularly communicated and the public is becoming more and more aware of the dangers they pose. When it comes to compliance with chemical restrictions it is not enough to simply get your merchandise into the market. Enforcing prudent chemical safety measures in your supply chain also demonstrates your social responsibility to the public and positively reflects on your brand image.

SGS is the world's leading inspection, verification, testing and Certification Company. SGS is recognized as the global benchmark for quality and integrity. With more than 70,000 employees, SGS operates a network of over 1,350 offices and laboratories around the world.

This article was originally published in the "New Cloth Market", June, 2012.