(Note: The information provided in this article is a result of the doctoral research conducted during time span of five years between 2005 and 2010 in Indian film industry. The information was collected through observation of the process along with personal interviews, questionnaire and group discussions with the personnel working for the industry, critics, historians and in-charge of the organisations responsible for functions related to costuming work in Mumbai films. 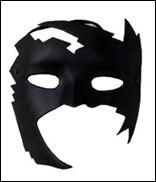 Inside and outside alliances

The way alliances are formed within Indian film industry are one of the most unique among its many peculiarities. The professionals, over a period of time spent in the film industry, develop a loyal or like minded group of people with whom they can work the best. The costume designer gradually finds the tailors, pattern masters, design assistants or the accessory makers who can understand his/her design language and give the required performance. The production team assigns 'dressmen' to the designer in most of the films.

Dr. Seema Sekhri is an Associate Professor at the Department of Fabric and Apparel Science, Lady Irwin College