Has Fashion Changed in 20 Years? 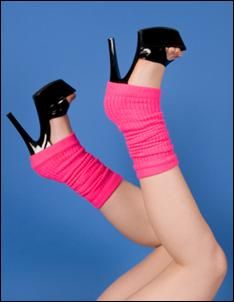 In the 1980s and 90s, it was all about leggings, hi-tops and dungarees (for the brave ones). With the dawn of the digital age, and the way that fashion is sold many fashions have come into light and some of the old fashions of the 80s and 90s have been booted out. But mullet haircuts aside, some fashion items have stuck with us and dont seem to be going anywhere. What is still on the market today and what has been thrown away as a fashion faux pas? Has fashion really changed that much in the past 20 years?

The 1980s were all about big hair, big jeans and just about big everything not forgetting tight jeans at the beginning of the 1980s. A lot of the 1980s were about both men and women trying to be creative, and the fashion certainly reflected this with big, bold prints on clothing and the colours also rather striking.

Some famous 1980s trends were such styles as shoulder pads and miniskirts for women, and parachute pants for the men. However, some of the styles that were popular back then have slowly made their way back onto the market leggings back then were a popular item, and are seen all around the UK today being sold by retailers, wholesalers and independent shops alike. The same goes for the miniskirt an item of clothing that has stuck around, and it still worn frequently today seen on the clubbing scene a fair few times in a night. But what about legwarmers and parachute pants? It seems as though, while we may use the former on a chilly night, both these 80s fashion statements have not fully made it back onto the retail shelves.

The 1990s kept some of the boldness of the patterns from the 1980s, but a lot of clothing was influenced by the Hollywood and film industry as well as the music industry. Grunge was a popular music genre in the 1990s, what with the creation of bands such as Nirvana, Soundgarden and Alice in Chains; and with this, the clothing scene changed too, reverted to more subtle colours as opposed to the 1980s neon-type colours. Doc Martens also hit a popular streak, related to the grunge scene, but also as a practical piece of footwear and the mid-riff was shown perhaps a little too much in the 90s, however a fashion style that does seem to be coming back, with the reappearance of tie-tops.

Nowadays, with consumers being able to shop on wholesale and retail websites on the Internet, fashion is much broader and many styles from decades ago have made their way back and are popular. Shoulder pads are still seen around the streets and cut-off jeans are also gaining presence again; so maybe the fashions just hid for a while, and didnt completely disappear.

Ed Baxter is a website manager for Continental Textiles (www.continentaltextiles.co.uk), a premium manufacturer of wholesale clothing for women and more.