Reactions for FDI in Retail by Different Sectors in India

The implementation of law in favor of bringing Foreign Direct Investment (FDI) in retail to India finally took place. People across the country had differing opinions. Some were in favor of the law while others were in opposition. All the arguments were justifiable. Despite warnings and opposition by the Bharatiya Janata Party (BJP), the ruling government left the gates of the country open to foreign multi brand retailers. Whether it will benefit the economy or not is still a big question mark! 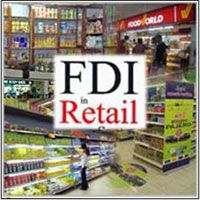 It is too early to determine if this law has done good or bad to the country. The show is not over as yet. Its impacts on the economy of the country will be visible gradually. Until now, FDI was only allowed up to 51 percent in single brand retail. But with the implementation of this law, 100 percent FDI in single brand retail and 51 percent FDI in multi brand retail are permissible. International retailing giants like Walmart and Carrefour will now have their stores in India. The entire face of retailing in India is expected to change.

Applications have begun to be accepted. Investments from the end of leading retail groups like Walmart, Tesco, Carrefour, etc. is expected to flow into the country. Media houses report that Walmart might open its first store in India in 12 to 18 months. It is at present allowed only in a selected list of states in the country. More names might get added to this list with the passage of time. Now that the law is implemented, it is being accepted whole-heartedly by majority of stratum of the society. 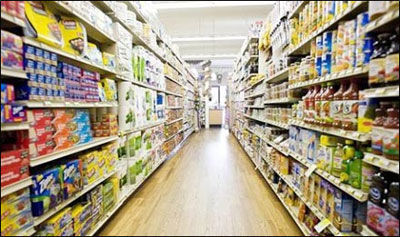 This law is believed to benefit farmers the most. For years, the farmers of India were exploited at the hands of the middlemen. Consumers had to pay heavy prices for farm products, while farmers were living in poverty. All the profits were reaped by the middlemen. Foreign retail stores, who have an advanced infrastructure, might eliminate the need to have many commission based middlemen. They will buy products directly from farmers and sell it to consumers, promising more wages to farmers.

Farmers are happy to have this law. They consider this an opportunity to improve their condition. A delegation of farmers from Punjab thanked the ruling party and its chairperson for this law. Farmers from Gujarat and Haryana welcomed this law. The government claims that inflation might also get controlled owing to this law. Indian Farmer and Industrial Alliance (IFIA) supported the implementation of this law.

Consumers will get better products for the same price. It will generate competition among retailers and will force them to supply good quality products to consumers at lower prices. FDI in retail has benefited the economies of many countries in the past. It might improve the economy of India, as well. It will create employment opportunities for commoners. Almost one million jobs are expected to be generated by this law at the initial stages. It is hard to predict if the law will do the good it is expected to do in the country. Ministers from the ruling Congress party are positive about the impacts of this law. But the case is not the same with the opposition. The opposition parties have their own reasons to give. Uma Bharti, Senior Leader, BJP was of the opinion that almost 70 million traders will be rendered jobless owing to this law. Middlemen constitute a major chunk of the Indian population and they will be adversely affected by this law.

Besides, as expected FDI will not flow in immediately after the law is incorporated. There are many shortcomings in the Indian infrastructure which may prevent excessive FDI. Improper roads, power shortages, and many other deficiencies will prevent foreign investors to invest in the country. The entire concept of economy getting changed owing to the implementation of this law might be exaggerated and overrated.

Prakash Javadekar, Spokesperson, BJP states, "For the last one decade, FDI in backend infrastructure was allowed. It was estimated that 40 billion of investments will come. But only 40 million of investments actually came into the country. The expected results have not been obtained in the past out of FDI. But this point was not given the attention it needs. The government needs to improve the infrastructure of the country to get results out of this law."

Carrefour, a leading French retailer, recently sent a letter to the government expressing gratitude for the implementation of this law. The group is planning to hire an expert to advise them with their operations in India. Walmart, Tesco, and other retailing giants will soon tie up with major Indian retailers for business in India. It might take a few months. Considering the interest expressed by major retailers, it is likely that investments worth making an impact on the economy will flow in.

Something is better than nothing! If no measurements are taken, the economy of the country will continue to suffer. Inflation will continue to rot the economy of India. Government's step to bring FDI in retail, as a reform measurement, will at least bring in some changes. But if no reform measures are taken, there will be no hope at all. This law can be seen as a ray of hope for the country at this moment of time.