Lace as Traditional and Contemporary Craft 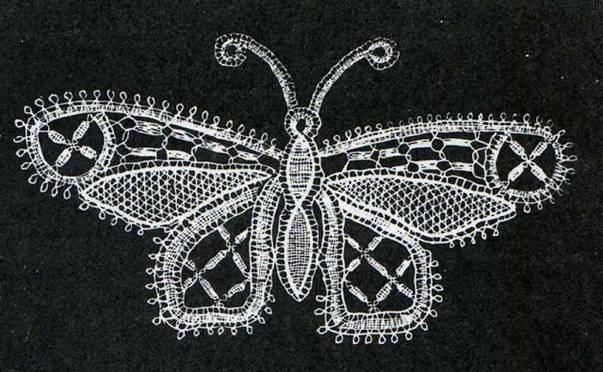 Within the craft disciplines, there is very often a certain amount of friction between what some see as the importance of the continuation of a discipline through the concept of its perceived traditions, and those who wish to expand disciplines by infiltrating the contemporary. Sometimes the two viewpoints can be accommodated, but very often not, which of course ends up denying both viewpoints and leading to an unsatisfactory discipline sometimes bordering on two exclusively armed camps.

Lace, although by no means exclusive, is a craft discipline where tradition plays a major part in its existence, more so perhaps than other textile traditions such as embroidery, tapestry and quilting for example, where despite reluctance in some quarters, the disciplines have a healthy and progressive, contemporary and dynamic viewpoint, as well as maintaining their on-going traditions.

Lace, although not entirely European in origin and history, is often seen by the world in general as a European tradition and one that is often fixed in its perceptions. It is often seen as being a craft discipline that was dominated by a range of factors that included regionalism, fashion, social class, gender and harsh employment conditions. The lace itself is often seen today as a craft set in aspic, with seventeenth, eighteenth and nineteenth century pattern work being endlessly produced for a market that in its own way is also set in aspic. 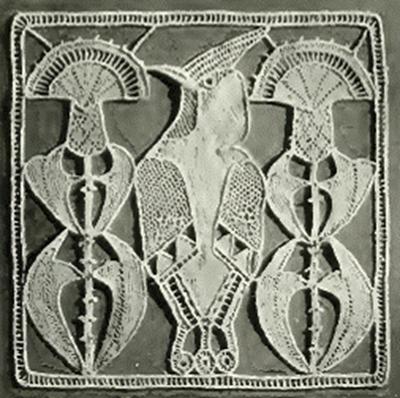 The traditional expectations of the consumer as to the look and ideals of lace also feed the producer of lace so that makers pass on what is expected to the consumer and the consumer demands its perceived tradition of the craft. This tight circle of tradition, perception and demand is one that is not exclusive to lace, but one that dogs the craft tradition in general, whether it be those who work in textile, wood, glass, metal or stone. This is not to say that the contemporary does not exist within disciplines, but it is fair to say that the term craft does tend to throw up ideals of unchanging tradition amongst many in the general public as well as, more damagingly, within the art and design world.

Lace craft should be happy and comfortable with its traditions. They are long and complex, bringing in factors from many parts of Europe across a number of generations. These traditions have helped build up an extensive vocabulary of skills, particularly in the field of practical making, but also in an often bewilderingly diverse pattern range. However, the craft should also be equally comfortable and happy within the contemporary world, one that values leading edge experimentation through creative individualism. Today, lace can be drawn with threads as fine as and inspired by a spider's web, or as thick and seemingly unwieldy as tensile steel. The contemporary experimentation with lace is just as valued as the traditions that have been built up. After all, the contemporary will certainly be added to the vocabulary of the craft and will in time become part of the on-going tradition of lace, a toolbox of sorts to be used, manipulated and experimented on by future generations. 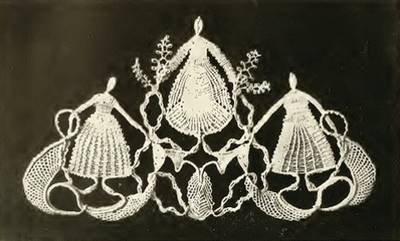 Lace is a versatile enough discipline in which fine art based creativity can be explored. It can also easily function within the design world, theoretically producing design and decoration that could function as well within an architectural context as it could in fashion, depending on the tensile strength of the thread.

Most of the illustrations for this article have been chosen specifically to show the drawing potential for lace. Although many see lace as a product that is forever captive to its own framework, some of the illustrations shown here from the early twentieth century, do give an idea of at least the potential to explore a less structured and certainly more open ideal of lace manufacturing. Where lace could actually go is probably only limited by our imagination.

This article is by no means a criticism of lace or its traditions. It is also not unaware of the fact that there are creative contemporary individuals working in the field of lace, producing often spectacular and inspirational work based on the discipline of the craft, whilst at the same time stretching that discipline to its perceived limits. It is also not limited to lace; the craft world in general produces a daily balancing act between the traditional outlook of various disciplines and its converse contemporary outlook. One needs not counter the other. There needs to be fostered a form of harmonious on-going craft tradition that accepts both aspects of the craft, traditionalists embracing the contemporary without feeling that they are betraying their traditions, and the contemporary embracing the traditional without feeling that they are compromising their individual creativity. A difficult and fraught path to tread perhaps, but surely one that in the long term benefits all who are involved within the craft disciplines still with us today, and certainly with that of the long-term health of the craft tradition.

This article was originally published in the 'Design, Decoration and Craft' blog.