The Evolution of Urban Style

Today wearers of urban and street style are enjoying looking into the fashions colourful history to borrow from the past and add to their look. Whilst it may seem today that this style is everywhere this wasnt always the case. Over the past 3 decades the style has grown and evolved and yet never lost its cutting edge feel. So as the urban style officially takes its place in mainstream culture lets look back at how the style has evolved since it first came to the attention of the masses. 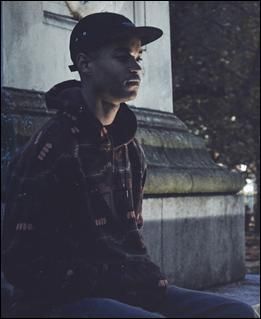 The 80s was the decade when hip hop first came to the worlds attention in a big way. The uniform worn by the artists who brought the sound of the streets to the masses was simple. Artist such as Run DMC popularised the tracksuit as an everyday look, but even in the beginning the swag was still there. It was important to be seen in a name brand but there was also a lot of customisation to add an individual flair. Footwear was also an important part of the look; trainers were white and high topped with chunky laces. But these artists also saw the importance of accessories to trademark their look. Whether it was a hat or sunglasses the right accessories could make you stand out from the crowd. The 80s also saw showed the effectiveness of jewellery, from the oversized clock worn by Flavor Flav to the long gold chunky necklaces, your accessories could say a lot about your status.

The 90s saw an explosion of colour into the urban fashion scene. Loud prints and brightly coloured jackets and bottoms were popularised by Will Smith on the Fresh Prince of Bel Air. It also saw a lot more denim coming into the mix; whether it was in the form of jeans or a jacket, and doing double denim wasnt out of the question either. It is also in this decade that we saw a greater emergence of women on the hip hop scene, girl groups such as TLC led the way for women to take the urban style and make it their own. As the look began its infiltration into the mainstream, artists such as P.Diddy launched their own clothing lines and showed that hip hop fashion was starting to become just as popular as the music.

As the new millennium began hip hop only got bigger and bigger. Rappers became part of the musical elite and their influence was seen throughout everywhere. As hip hop music firmly established its place in society, its fashion broadened to become more ecliptic. The growth of wealth in the hip hop community has meant more bling and statement outfits. Rappers were seen on red carpets in designer suits and artists such as Kanye West leading the way towards a more sophisticated look. However, the more casual street style clothing still gained even more popularity and even made in on to the high street and runway shows. Bomber jackets and loose fitting trousers were still a vital part of the style but there was now no limit on colour or print. The current look mixes the best of the past with the future and stays true to the original urban feel. Accessories have still stayed a vital part of any outfit with the snap back cap becoming the most prominent. Whats great about todays style is the mix of old and new, borrowing the best elements of the past whilst still managing to be on the cutting edge of fashion. Wearers are now able to express their individuality more freely through their clothes, and anything goes as long as you have the style.

This article was written by the Guest Blog from thecandystoreclothing.com which is UKs leading stockist of Diamond supply clothing and Benny Gold.