Pattern, Connectivity and the Unit

Decorative pattern work is everywhere we look, whether we are limiting ourselves to our own contemporary environment, or we take in the long sweep of historical eras and cultures. There are of course many different ways that pattern has been constructed over the generations, one of these is the use of repeatable units in order to make a whole. This form of pattern work has proved particularly widespread, long lasting, and adaptable and can be found in a range of disciplines, whether practically through ceramic tiles, stained glass and quilting, to implied units that can be found within printing. Therefore printed textiles and wallpaper are particularly good examples, where stamping takes the place of the physical representation of separate units joined to make a whole.

Whichever way units are arranged in pattern form, it is probably more directly obvious when looking at ceramic tiles. Although the examples shown in this article are perhaps the more obvious illustrations to the coherency of joined-up decorative pattern work, it is always interesting to try and separate the individual parts of the pattern from the whole in order to see what is really going on. 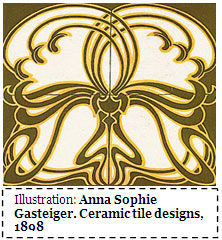 At first it may seem as if the examples are fairly simplistic, and in some ways they are, being made up of just a couple of tile designs that are then reflected in order to give four. However, what would happen if different units were placed at a 90% or 180% shift and then consequently shifted around so that they were not allowed to form the obvious pattern for which they were initially created. At first, it would appear as if the tidy, obvious and genuine pattern had been shifted to such an extent that it had lost any obvious cohesion, as if to appear little more than a random, disorganised mess.

However, the more units that are then added to the seeming mess, and the further back that you pan your eye, the more it may appear as if new larger and more interesting connections and pattern similarities, if not more original than first intended, start appearing. Obviously, the more complex the individual units and the more initial variety that you have, then the more complex and significant the result. However, it sometimes surprising how much variety can be achieved with limited resources. 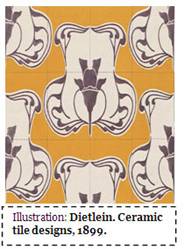 What it does show is the power that the single unit can have in forming dynamic and variable pattern work, and perhaps also shows how this form of decorative pattern can be more complex and significant than it is often given credit for. That it often forms an important element within the foundation of much of the traditional, as well as a significant amount of contemporary quilting for example, shows how important the unit can be as both an inspiration as well as a technical and practical tool in forming pattern work. The variety of traditional quilting patterns should give a good example as to how colour can also be added to units in order to add another layer of differentiation, adding to the complexity of pattern.

On another level altogether is the fact that the human mind is often more than happy to interpret and reenergise connected patterns, where at first there might appear to be none. If we broaden that notion out into a much wider spectrum, then we should have no difficulty in observing and interpreting connecting patterns wherever we go, whether in our everyday lives, or our more extraordinary moments. It is our ability to seek out pattern, connections, and even inter-connections that has allowed us to see the world around us with such extraordinary clarity. However, the same power that allows this clarity of connectivity, can also at times become twisted and self-centred, allowing us to see only a world with ourselves at the centre with everything else becoming peripheral. 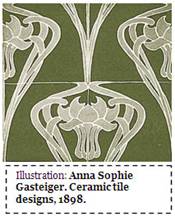 Pattern is all about rhythm. If at first we do not recognise the rhythm of connectivity, do not feel or understand the framework of the pattern, then we need to move back further in order to allow ourselves the space to take in the larger picture. From there we may even be able to recognise, and therefore understand the significance of the whole, the pattern, and the plan of the pattern, once experienced never forgotten.