Luxury apparel is a term connected with the rich and the popular. It is a thing of prestige. People associate it with status. It helps in creating an impression that is different altogether before the masses. Luxury apparels are usually very expensive and can be afforded only by a few! Therefore, they are only produced in a limited range. As the standard of living increases across the world, the demand for luxury apparel is also increasing. The global luxury goods market was worth $226.6 billion in 2012. It is expected to grow by a Compound Annual Growth Rate (CAGR) of 7.8 percent in the coming years. 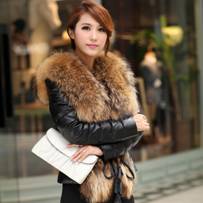 Gucci, Versace, Chanel, Louis Vuitton, Hermes, Burberry, Armani, Prada, Ralph Lauren, and others are some of the widely recognized luxury brands of the world. These brands are worn and respected by elites all over the world. They have their origin in the traditional fashion economies of the world like France, Italy, and others. Renowned fashion designers from these countries successfully took their brands global. Today, they can be found in all the countries of the world. But of course, their popularity differs in different countries. Luxury clothing experiences maximum sales in the developed economies. As far as the Asian countries are concerned, the market for luxury clothing is expanding!

Asian luxury goods market is expected to record a growth of 16 percent every year till 2015. Emerging Asian economies are progressing fast. Their consumption of luxury apparel is increasing day by day. Many internationally acclaimed luxury brands saw a huge increase in sales in the Asian region. In fact, Asian tourists to Europe and America also indulged in purchasing luxury clothing in large quantities! Japan has remained a major consumer of luxury apparel from the very beginning. It still is! The consumption of luxury goods in this country has not been adversely affected by the global recession. This is owing to the love of luxury goods in the hearts of the Japanese.

It cannot be denied that as compared to USA and Europe, the sale of luxury goods in Asia is low. USA and European countries like Italy, France, and Germany have remained major consumers of luxury apparel from the very beginning. The global economic slowdown has affected their buying decision to a certain extent. But they still lead the consumption of luxury apparel. However, it has been noticed that Asian luxury apparel market is booming and may dominate the global arena in the coming years. Reports suggest that US consumers are twice as likely to practice restraint as compared to Chinese consumers on luxury goods.

Chinese consumers have increased their spending on luxury apparel by leaps and bounds. They are expected to surpass all other countries in terms of spending on luxury clothing in the coming years. Reports suggest that it will contribute to almost 20 percent of the total global luxury apparel consumption in 2015. Louis Vuitton, Armani, and Burberry are the most popular luxury brands in China. Louis Vuitton had set up almost

39 stores in China for luxury clothing in the year 2012. It will set up more in the near future. As the countrys economy progresses, its spending on luxury goods will increase.

Surveys indicate that China has surpassed USA as the second largest luxury market. Prada reported an increase in sales in China by 33 percent year-on-year in the third quarter of 2012. Chinese consumers are increasingly travelling to foreign countries in order to get the best luxury brands. French brands are especially preferred in China for luxury apparel. A strong and growing population of middle-class consumers in China is responsible for a steady growth of luxury garments in the country.

Similarly, the concept of luxury clothing is picking up pace in the Indian textile and apparel market. As compared to China, this market can be considered developing in India. Its growth in the market is noteworthy. Luxury goods saw a 29 percent year-on-year growth rate in the last five years. Indian luxury products market was worth around 1.2 billion in 2012. The recently formulated FDI policy is expected to bring more luxury brands into the country. Increasing standard of living and rising income are the two major factors responsible for the growth of luxury apparel market in India.

Other than India and China, the ASEAN region has also recorded growth in the sale of its luxury clothing. ASEAN countries are fast emerging as textile hubs. Their economies are progressing at a fast pace. This has also resulted in increased spending powers of its citizens. As a result, luxury clothing sees a good market in this area. In fact, the spending power has increased in all the regions of Asia. Asia, being a major sourcing destination of the world, attracts immense foreign investment. The per capita income is growing by leaps and bounds in all parts of Asia. Urban Chinese per capita disposable income increased by 9.6 percent in the 2012. Sri Lanka aims to achieve a per capita income of $4000 by 2016.

As the per capita income keeps growing in Asia, the standard of living is also increasing in the continent. People find more disposable income that they can spend on luxury clothing and apparel. This has resulted in an increase in the sale of luxury clothing in the Asian apparel market. Dubai has always been considered as an advanced luxury apparel market in the world. Tourists from all over the world dream of shopping for high-end luxury brands in Dubai, UAE. It is considered to be the shopping capital of the world. Dubai has a strong, style hungry youth population which is responsible for its large-scale sale of luxury apparel. It has more than 70 shopping malls which are exclusively into luxury goods. The worlds largest shopping mall, i.e. Dubai mall is also based here.

Majority of the luxury brands in Asia are foreign. Asian luxury brands have not been able to attain as much popularity as its foreign counterparts on a global platform. The rich and affluent consumer populace in Asia prefers to go for international brands as compared to the home-grown brands. This is because foreign luxury brands help in creating a desirable and unique aura. Asian luxury brands are however working in this direction by integrating tradition along with style in their luxury apparel. Luxury brands in Japan have remained successful in carving a niche in the fashion industry to a certain extent.

One of the major factors contributing towards the growth of luxury clothing market in Asia is the technological advancement in communications. This has made the world a smaller place. It is easy to talk trade and exchange goods between two countries in the modern world. It has also made way for cross cultural practices in terms of clothing. Western style of dressing can be seen everywhere in the world today. Western luxury brands got popular on the international market owing to this. Italian and French luxury brands have attained wide scale popularity in the Asian markets owing to this reason, as well.

Luxury apparel is expensive, no doubt. But this factor has not hindered its growth in Asia. There are deterring factors to the growth of this market though! For example, being not-so-familiar with luxury brands can be one of the deterring factors to the growth of this market. As majority of the countries in Asia have an emerging economy, its people may be new or completely unaware of many renowned luxury brands. Brands may have to adopt creative and innovative strategies to make its hold in this market. Brands such as Versace, Armani, Gucci, Prada, and others have indulged in severe marketing and branding strategies owing to which they are recognized and opted for in many places of Asia.

Asian luxury apparel market will continue to flourish in the coming years. There are possibilities of Asian luxury brands making it big in the international market. But the internationally acclaimed luxury brands will continue to earn big time in the Asian markets. Asian consumers are getting increasingly fashion and brand conscious. Luxury goods are something that they would like to try despite being expensive. The developed economies of the world were till now the major consumers of luxury products. But Asian consumers have started following their footsteps in recent times. They are likely to become the leading markets for luxury apparel in the global textile industry.