The Decorative Landscape of All-over Pattern

Although it is often intriguing in pattern work to play with space and non-space, allowing areas devoid of pattern to work within the decoration, it is also interesting to see how pattern works when all space is filled, leaving little in the way of zoning, so that all the pattern work covers all of the space. 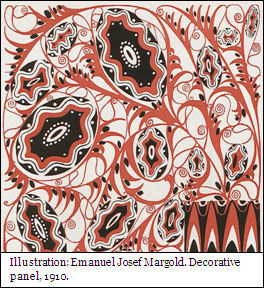 To an extent, all-over pattern work can often take the form that would remind us of filigree work, where there is an intensity of decoration with all spaces filled. However, filigree work, although dense in decoration and pattern, can also appear both delicate and poised, a trick that takes patience and skill.

Although filigree work itself tends to be limited to various aspects of metalwork, particularly that of Jewellery, filigree styled pattern work can be found in most areas of textiles and is therefore an acceptable part of embroidery, lace, carpet design, as well as in printed and woven textiles, and what I often see as an honorary textile discipline, wallpaper design.

As can be seen in the five illustrations that accompany this article, this form of all-over pattern work can be found across many of the disciplines, as well as across most time periods. From ancient, to medieval, to contemporary, there is a space for in filled decoration. It can even be found naturally in nature if you are willing to look for it, as a photograph I took of daylight through a complex branch structure shows. 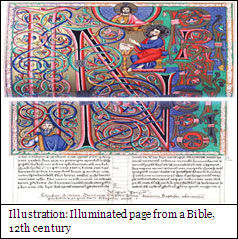 This form of decorative pattern work can have both symbolic meaning, as well as being used as mere filler. Often it comes in the form of tendrils that intertwine with each other, crossing and recrossing to form a network of interdependent tendrils. These tendrils are often generational, with one tendril giving birth to a smaller version of itself, and that one in turn giving birth again to an even smaller version and so on. This often carries on within a decorative format, giving a sweeping ratio of decreasing size, in many respects very much like the photograph of the tree.

Filling in space with pattern can be a tricky skill to manipulate and master. It is so easy to overestimate the amount needed, and it can sometimes be hard to rationalize what is enough, and conversely what is too much. This form of pattern work can easily slip into obsessive doodling, rather than measured space filling. 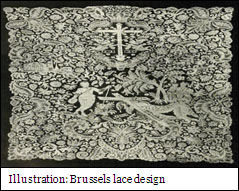 Although there are many different types of pattern work that fits into what we would call all-over pattern, the organic and the asymmetrical does tend to dominate, particularly if we consider this form of decorative pattern work across human creative history as a whole. This may well have to do with intrinsic connections that humans have formed over countless generations with the natural environment, or it may equally recall induced complex dreamscapes, we may never know.

What we do know is that these decorative landscapes know how to enthral, intrigue, and mesmerize us. They are like the labyrinths and mazes that are so much a part of the human condition. They are like the children's puzzles in which you have to trace with your finger along the true path, often being side traced by false paths that lead to dead ends, constantly tracing back to the true path in order to greet the treasure, in whatever form, at the centre of the puzzle. 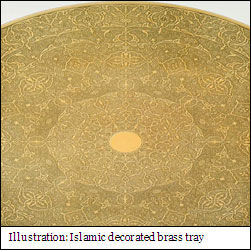 In many ways, like the children's puzzles and like the labyrinths and mazes throughout history, our eyes can never seem to resist the temptation of complexity. Although we often translate complexity into accomplishment, the involved into skill, and while this is often true, all-over undulating and intertwining pattern can also reflect the wonder that is the complexity of our own lives as well as the world we see around us. We may not always understand consciously, but subconsciously we are supremely aware of the complex framework of dependency in which we are all suspended, we feel it compulsively, naturally, even as we run our hands in wonder over the filigree intricacy of jewellery, or the complex embellishment of embroidery, or the astounding involvement of lace.

The connection between our own complexity and that of the pattern we admire is one and the same.