China has registered impressive growth in the last three decades and this growth can be largely attributed to rapid industrialisation.

Unfortunately, the flipside of uncontrolled industrialisation and lenient environmental regulations has led to rise in pollution. In 2014, an environmental campaign team found a vast black trail of wastewater around the coast of south-eastern China. The culprit was a wastewater treatment plant in an industrial zone which provides its services to as many as 19 textile dyeing facilities.

China's textile and apparel sector has made astounding progress in recent years, but the country is now realising that progress at cost of the environment might be hazardous for its population. Sustainable fashion has become a need for China and it is leaving no stone unturned to achieve it.

China has become a textile and apparel behemoth in establishing manufacturing units. Presently, China manufactures about 50 per cent of the worlds fabric, which is approximately more than 80 billion meters per year. Though the 50 per cent mark is a Herculean achievement, China is dealing with serious pollution problems. Textile manufacturing, especially the twin processes of dyeing and finishing, consumes high amounts of water and energy. Every 10,000 meters of fabric produced consume up to 250 tonnes of water during dyeing. Around 110 million tons of coal is used up during the finishing process annually. Chinas textile industry is the third largest discharger of wastewater and the second largest user of chemicals.

Using sustainable fashion means that textile manufacturing units can increase profit margins by reducing overall manufacturing costs. According to a report by the Natural Resources Defense Council (NRDC), more than 30 textile mills in China, including ones that are manufacturing for high-end apparel brands and retail stores like Target, Gap Inc, Levi Strauss and Company and H&M, have managed to save US$ 14.7 million annually simply by adopting efficient production processes.

These simple measures have helped textile mills reduce carbon footprints and to cut water usage by almost 36 per cent and energy consumption by 22 per cent. Linda Greer, NRDC senior scientist and director of Clean By Design said, Great fashion can also be green fashion. Although apparel manufacturing is among the largest polluting industries in the world, it doesnt have to be.

A report by NRDC titled The Textile Industry Leaps forward with Clean by Design: Bigger Profits Through Less Environmental Impact mentions that more than 200 improvement projects were undertaken in 2014 by 33 textile mills in the Shaoxing and Guangzhou areas of China. These two areas have the highest number of textile mills.

Usage of chemicals, especially dyes, was trimmed down by at least 400 tons by the textile mills under the programme. These reductions led to total financial savings of US$ 14.7 million in functional costs. Each mill managed an annual return of US$ 440,000 approximately with the top five performers saving more than US$ 800,000.

In 2015, Clean By Design will be expanding and moving to the greater Suzhou area in Jiangsu Province, another Chinese city with several textile mills. The programme aims to involve as many brands as possible with the help of Sustainable Apparel Coalition, an association representing more than 40 per cent of global apparel production.

Under the Sustainable Fashion Business Forum (SFBF), producers in Hong Kong have joined forces with the Clothing Industry Training Authority to exchange information and invent novel ways for making the textile business more eco-friendly. SFBF includes manufacturers with clients like Marks & Spencer, Gap and H&M. Other major players in China such as Nike, Adidas, New Balance, Umbro and Speedo are also working on improving labour conditions.

Steps to fashion sustainability in China have not only reduced overall manufacturing cost but have led to improved working conditions and promotion of organic clothing. China is the biggest producer of some extremely popular sustainable and green fibres such as soy, hemp and organic cotton. Soy fabric is made from left-overs from the processing of soy products. Its biodegradable properties make it one of the best eco-friendly fabrics. Hemp is another excellent material produced chiefly in China. Some of the popular eco brands like THTC and Nomads Hemp Wear use hemp fabric in their clothing.

According to the Organic Exchange, China is the third biggest organic cotton producer after Turkey and India. Production of organic cotton not only reduces health risks of farmers, organic cotton fabric is also beneficial for the wearer.

Fashion designer CuR from label D-SATA says, "In cities such as Shanghai and Beijing where Herms Birkins have become 'ordinary', there is an emerging trend to seek what is deemed inaccessible and to 'statement shop'. Whether it is to make a statement as to ones sophistication in style or ones environmental or ethical consciousness, it may be possible for eco-fashion to position itself into the trending luxury rather than niche market."

There is also an increased awareness among average consumers about fashion sustainability, which puts the pressure on manufacturers to follow ethical production to boost sales.

Where does China stand?

The only downside to sustainable fashion in China is that it is moving too slow. In developed nations like the United States of America, demand for organic and eco-friendly clothing is more than in China. Currently, sustainable fashion brands are highly priced and do not come under the luxury brand bracket, which makes most of the Chinese adults averse to the idea of buying eco-friendly apparel.

Nevertheless, there is a growing niche market in China that understands fashion sustainability and is eager to pay for it. The domestic industry is maturing and catering to a growing base of Chinese consumers who stand for eco-friendly fashion. China's rules are changing in favour of eco-friendly fashion. This has given hope to manufacturers that in a decade or so, stressing on fashion sustainability will yield impressive results. 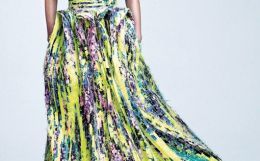 Green: The Next Black

Evolution of Myanmar garment industry: Past, Present and Future 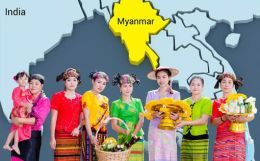 Vietnam: Getting Ready For FTAs