Although Vietnam-the world's fourth largest textile and apparel exporter - has huge potential for cotton cultivation and production, the local sources supply less than 2 per cent of the total requirements and the industry imports huge quantities from outside. The country's Vietnam National Textile and Garment Group (Vinatex) now plans to invest $441.3 million in 59 textile, dyeing, garment and infrastructure projects over the next two years alone. Government policies are favourable to industry and entry barriers are not high. Vietnam's textile and apparel industry is now looking forward to another boom, and presents an opportunity for others to cash in on its growth plans.

Although Vietnam has huge potential for cotton cultivation and production, the local sources supply less than 2 per cent of the total cotton requirements and the textile industry imports huge cotton quantities from outside. The local fabric industry supplies about 20 per cent of the total input demand by the garment sector, the rest is imported from overseas for export-oriented garment industries. 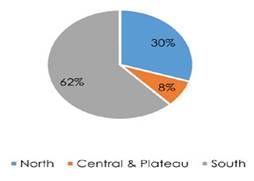 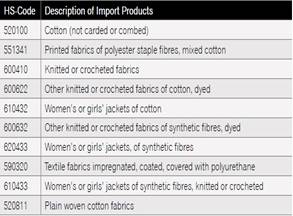 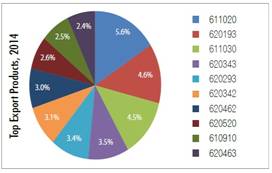 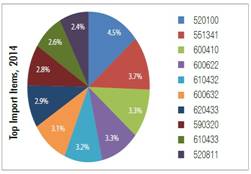 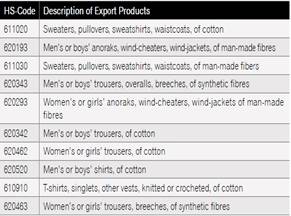 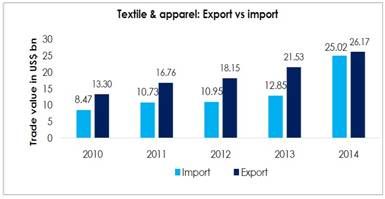 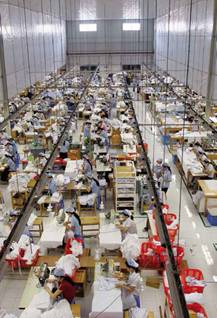 �         For Vietnam's textile and apparel industry, entry barriers are not high due to favourable government policies to encourage the development of this industry and moderate requirements of technology, capital, etc. In addition, access to inputs and distribution channels are also relatively easy. This explains why there are now approximately 6,000 businesses operating in the textile and apparel industry throughout the country.

�         Large number of suppliers, moderate difference and low costs of switching suppliers lead to low bargaining power of suppliers. Currently, the main suppliers for Vietnam's textile and apparel enterprises are companies in China, South Korea and Taiwan. To be eligible for incentives from the proposed TPP and EU-Vietnam FTA, manufacturers have to switch from suppliers in those countries to that in Vietnam or TPP countries.

�         Bargaining power of buyers is not too high due to high demand and low production capacity of enterprises. In particular, during the peak period of Q2 and Q3 each year, these businesses typically operate at maximum capacity. With the increasing trend of Chinese labour costs and expectations from trade agreements, Vietnam's apparel industry will continue to enhance its role in the global chain.

�         The ability to convert substitute product line is high (for example, from jeans to khaki, from t-shirts to shirts, from one brand to other brands, etc.). This is the result of low costs of changing products, the diversity of price and product quality and changes in fashion trends over time.

Although demand in the industry is high, the competition in the industry is high as well. The competition is not only for large customers, but also in market of inputs and labour. Currently, the ancillary industry of Vietnam only meets the small demand for inputs; so the business is subject to intense competition for access to raw material quality, reasonable prices. Besides, labour is one of the most important elements of the manufacturing process. Labour in the textile and apparel industry are mainly women who have not worked for too long in the industry. Enterprises have to be in fierce competition to attract and retain employees, especially employees with experience and skills. 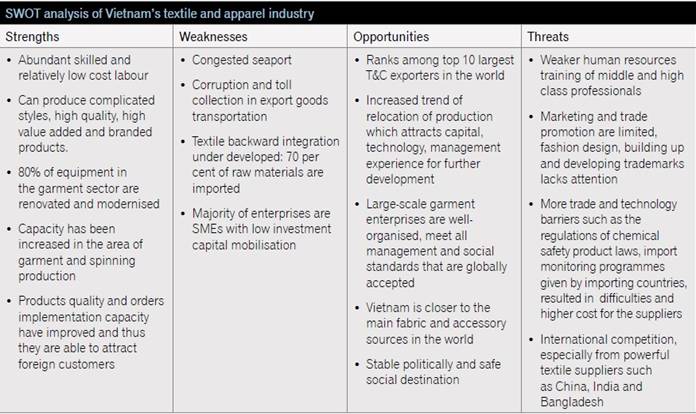 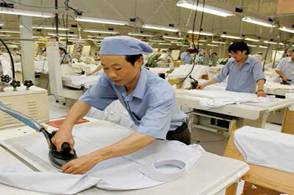 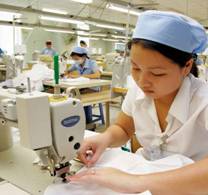