The intricate whorls of Rogan art 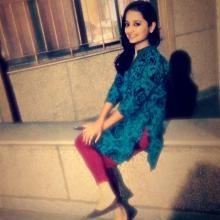 It's a gift fit to be given by the Prime Minister of Indiato the President of the United States of America. Hitee Singh throws light on the intricaterogan art.

Thecultural and artistic traditions of India have their roots in the rich historyof our nation. The influence of our rulers and visitors is visible even today.We have a variety of traditional textiles and exotic, exquisite handicrafts.One such is rogan art.

Roganis a hand-painting art form limited to the Kutch area of Gujarat. It is said tobe of Persian origin. Not surprisingly, the word rogan means oil-based paintingin Persian. It is believed that the form originated in Iran or erstwhile Persiaand was brought to India through the Punjab region. It slowly began to flourishin Vadodara, Chowbari, Patan, Khavada of Kutch district in Gujarat and Nasikregion of Maharashtra. Sadly, with the advent of 'modernisation', thistraditional art died out. Today, it is only practised in Kutch.

Roganart requires a lot of skill and time and the cost per unit is extremely high.So, its customers are almost entirely foreign tourists. This small clienteledoes not bring the artisans a respectable income for a decent living. This hasmade younger generations lose interest in their ancestral skill. Today, roganart, believed to have been practised in the region for at least three hundredyears and gifted by Narendra Modi to Barack Obama, is near extinction.

Inrogan art, a paste made of castor oil and natural pigments is painted on thecloth. To prepare rogan paste, the craftsman pours castor oil into an aluminiumvessel and places it on a chula or earthen furnace. The mix is boiled till itbecomes a gelatinous, yellow substance. A wooden stirrer is used to check theconsistency and prevent the oil from catching fire. After the oil becomes agelatinous paste, it is set aside to cool for around five to six hours as thepaste thickens.

Traditionally,stones or plant sources were used to make natural dye. Now, naphthol dyes areused. The dye is mixed with water, white chalk powder and a binding agent. Itis ground manually on a grinding stone and mixed with castor oil to form a gelatinouspaste.

When afabric is to be painted, the artist places a lump of rogan paint in the handand mixes it vigorously to form a thread-like substance. The painting is doneon one side of the fabric with the help of a long pin. Then, the fabric is foldedand pressed to transfer the design on the other side of the fabric. Thiscreates an identical image. The completed piece is kept in sunlight for six toseven hours so that it is absolutely dry. The motifs are usually geometricalpatterns. The paintings are done on traditional outfits like the ghaghra andodhni and also on bed sheets, wall hangings and quilts.

Ifthere was more awareness about the painstaking process, prospective clients mayhave reached out for rogan art, price tag notwithstanding.

Thereis still time to save this centuries-old art form.