Tennis, after a fashion 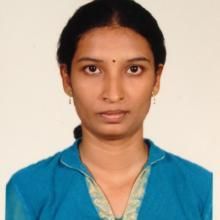 The connection between sports and fashion is intriguing, says A. Yaamini.

At a glance, many may believe that sports courts are far from the ramp. Reality shows that sports and games which started as a recreational or social event, had an influential effect on fashion.

The dress worn by men and women during these events were linked to their social status and traditional values. As sports became popular and accessible to most people belonging to various social segments and strata, the fashion associated with the sport also evolved.

Tennis is associated with British aristocracy and it gradually spread to various other countries with British occupation. Then, it went further. Currently, there are four Grand Prix championships conducted for tennis: Wimbledon, US Open, French Open and Australian Open. Apparel, both off and on court, in the various tournaments has always grabbed the attention of the game's fans on one side and fashionistas on the other.

The very British Wimbledon is considered the most prestigious tennis tournament. It is the only tennis tournament that employs the strict all-white dress code while all other tournaments have relaxed theirs to a great extent. There are a few reasons for the preference for white.

●       Wimbledon is a summer event and white is considered apt for summers.

●       Tennis was started as a leisure game for British royalty and army men at social gatherings. The athletic activity of the game lead to sweat that altered the look of coloured garments. That was considered inappropriate, hence white was preferred.

Wimbledon claims to uphold this tradition with strict rules on dress, inner wear, footwear and accessories.

In England and France, women started playing tennis at social gatherings and events. Later, the leisure game evolved into a championship game, first for men and later, also for women.

It is interesting to note the changes in women's tennis dress and the various social, cultural and political factors that influenced this evolution process. The World Wars, movies, celebrities, art movements, change in attitudes and economic factors have had a fair share of contribution to the changes.

In the earlier years of the Wimbledon championships, a woman player wore a long, ankle length skirt with a full-sleeve shirt tucked in, and a tie. This tradition was followed by all English players. The attire was formal and met the standards of English tradition.

The style and silhouettes for playing tennis were the same as the trend that existed in the period. This practice of wearing in-trend apparel is still prevalent.

The first break from long silhouettes for women on Wimbledon's courts happened after World War I where a French player, Suzanne Lenglen started wearing knee-length skirts with a loose half-sleeve top. This was accepted gradually and the players from United States, France and Great Britain started adopting this. The skirts evolved into pleated calf-length and knee-length skirts adopted by most of the players.

Women were forbidden from wearing shorts and trousers for various reasons that may seem irrational today. It was only after World War that women started wearing trousers for practical reasons. In the late 1930s, Alice Marble was one of the first tennis players from the United States of America to wear shorts and a shirt at Wimbledon. But skirts and dresses were predominantly used in most sports despite the comfort and functional benefit of shorts.

After World War II, most women players started wearing thigh-length skirts paired with a shirt. As fashion changed, shorter silhouettes came into trend. The same was adopted in tennis, too. The length of the skirt and the style kept evolving throughout the history of tennis. There were controversies on and off with regard to a player's dress length, colour, innerwear etc. There has been continuous change in women's tennis dress, from inconvenient long skirts and formal shirts to the latest in designer sportswear.

The shirts evolved from Peter Pan collar to polo shirts. The length of the sleeve also kept changing. Looking at today's players who play for comfort and maximum advantage in sleeveless tops and racer back dresses, you may find it difficult to visualise women players of yesteryears who wore long-sleeved cuffed shirts or half-sleeve T-shirts. Currently, fashion designers step in for exclusive attire for big players and brands. This clearly defines the connection between tennis and fashion.

A Yaamini is Assistant Professor in the department of Fashion Design & Arts, Hindustan University, Chennai.