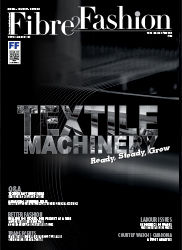 Our November 2015 lead feature 'Indian Textile Machinery: Problems and Prospects' had concluded that the scope of growth for the Indian textile machinery sector was phenomenal. In June this year, the overview piece 'Textile production fuelling growth for machinery' had outlined that the global textile machinery industry would grow at a healthy rate of 13.8 per cent on account of the healthy growth in the textiles and apparel industry itself, besides increasing demand of technical textile products across various sectors in emerging economies. Subir Ghosh now conflates all the findings and forecasts with two new realities: Brexit and GST.

The keywords when determining the outlook for an industry, by and large are drivers, restraints and opportunities. Each, again, can be broken down into innumerable factors. The interplay of all these, in turn, may make for a chaotic situation. Whether there is a method in this madness is what usually makes the bottomline. It is also inevitable that both perspectives and forecasts may vary. 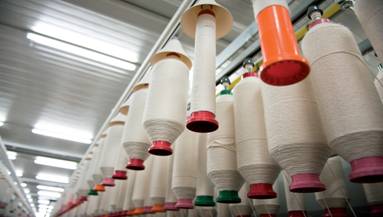 This writer sought the opinion of two experts on the subject of textile machinery, and saw them in the light of two articles that this magazine has published in the last twelve months: first, the lead feature of November 2015 titled 'Indian Textile Machinery: Problems and Prospects'; second, the overview article of June 2016 titled 'Textile production fuelling growth for machinery'.

Broadly, not much has changed since these two articles were published, except two crucial elements: the Goods and Services Tax (GST) now becoming a foregone conclusion, and June 2016 referendum on the United Kingdom's withdrawal from the European Union (EU), Brexit for short.

Seema Srivastava, executive director of India International Textile Machinery Exhibitions Society (India ITME Society), feels the decision of the UK to leave the EU will certainly have an impact on India. "However, one should not be worried about the development as the transition is going to be slow, and also more details are to be expected," she says.

Avinash Mayekar, managing director and chief executive officer of Suvin Advisors Pvt Ltd, agrees with Srivastava, "The Indian textile machinery industry foresees least impact, as EU countries are not big buyers of textile machineries. The total industry export stood around $1.18 million in year 2014, which is a very minimal value. The manufacturing base in EU countries has long back shifted to Asian countries like China, India, Pakistan, Sri Lanka and Vietnam; so the major machinery demand comes from these countries. There is hardly any demand from EU countries."

Srivastava and Mayekar, however, differ on how GST will affect the textile machinery industry.

Srivastava thinks it is too early to say anything. "Nobody knows what will be the base rate (for GST). Therefore, everybody is making estimates. However, the experts in the field say that there will definitely be chaos once the GST is rolled, and it will take some time before the intricacies of the GST are known by the textiles-apparel industry, and also the textile machinery industry." 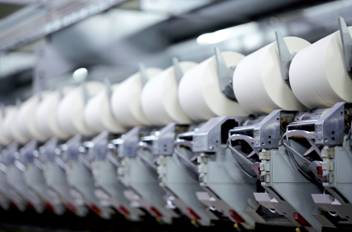 Mayekar, on the other hand, believes that the GST will positively impact the textile machinery industry as indirect taxes paid on the capital goods [excise duty and sales tax for domestic purchase; customs duty, countervailing duty (CVD) and special additional duty (SAD) on imports] can be set off against the indirect taxes payable on the sales. "With the textiles sector coming under GST, textile players who are oriented towards domestic markets will be able to set-off the GST paid on domestic capital goods (but not the import duty) as their sales will be subject to GST. Accordingly, this will reduce the cost of capital investments, and hence will be positive for the players operating in domestic markets," he contends.

However, Srivastava prefers a cautious approach, "The Indian cotton value chain has been kept outside the excise net over the last ten years. Will it become integral part of the GST chain and at what rate is not known yet. Or, will it be given exemption and kept outside the GST regime? Nobody knows. Therefore, instead of making estimates it is better to wait and watch."

Trends for years to come

The Fibre2Fashion study 'Global Textile Machinery Outlook: Trends and Forecast till 2020' (released earlier this year) had looked at drivers and restraints, and enumerated a number of opportunities for the textile machinery industry. It had noted "Demand for environment-friendly fibres and textiles are growing, owing to increasing concern for industrial pollution, increasing carbon footprint, waste disposal problems, higher consumption of energy, and economic and social health of the farmers and industrial workers."

The report continued, "Hence, the concept of 'eco-friendly designing' products from start to finish has come about. It involves considering the ecological dimension of the entire production process, from the fibre to the finished product, including its manufacturing processes, but also its packaging and labelling, right through to recycling & reusing the product at the end of its period." It had concurred that the growing popularity of eco-friendly fibres would uplift demand for textile machinery that help in their production.

Sustainability is key, and that is what Mayekar dwells at length on, when asked about what trends would dominate the landscape over the next five years or so. 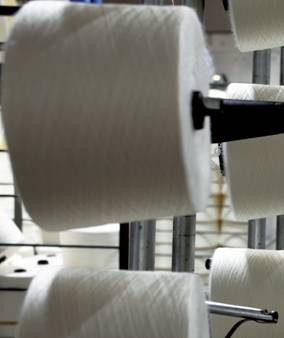 Mayekar feels the need to elaborate, "Sustainable technology refers to the technology which caters to the needs of the present without compromising the ability of the future generation to meet their own needs. The textiles industry is among the most essential consumer goods industry in the world as it is one of the basic needs of human beings. Today, the world of fashion is glamorous and very stylish; however, its impact on ecology is worsening matters day by day. The textiles industry is condemned as being one of the most polluting industries in the world. At every stage of textile production, vast amounts of energy, clean water and chemicals are being used to process textiles and apparel. In turn these processes generate air, water and soil pollution through untreated effluent generation and waste generation which place a heavy burden on environment.

A natural take-off from sustainability is innovation. Says Mayekar, "For improved and better quality of material, we always need innovation in machinery, which can give better results than previously. Today's consumer is more conscious about the quality of the product. Apparently, the demand for highly automated machines is growing, which will in turn reduce the quality defects in the product. Continuous innovation is happening in each segment of textile machinery starting from spinning, weaving to processing, and also final garmenting for improved quality of the product."

In fact, Mayekar has another take: on productivity. He explains, "Today's fashion industry is dynamic. Fashion trends are changing at a much faster pace, which has affected the production cycle a lot. The customer is asking for faster delivery too. So, the total lead-time has been reduced drastically. Hence, it has become essential to produce machineries with higher productivity."

For Srivastava, the three factors that will set the trends are: over-capacity in the spinning sector, government policy on weaving and processing sector, and import duty on textile machinery. 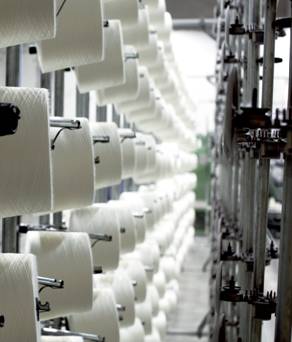 "Meanwhile, the government has also stopped giving TUFS to the spinning sector. Therefore, only those units which are confident of marketing their yarn in domestic and international markets are expanding. Thus, the demand for spinning machinery will have an impact in the near future."

The government, she says, has realised that the weaving and processing sectors are weak links in the supply chain and is now making efforts to upgrade and expand capacities in these two vital sectors of the Indian textiles industry. "Subsidies will result in building up capacities. Therefore, the shuttleless loom and processing machinery makers have good prospects in the future. However, the gainers will be overseas suppliers as the Indian textiles industry has an affinity for international machines and continue to buy from overseas rather than sourcing from India."

On the import duty front, once the inverted duty structure is set right, "Indian textile machinery makers will have a level-playing field and will be able to compete with the onslaught of imports," she says.

A knowledge paper that Suvin Advisors had prepared for India ITME Society last year had singled out purchase of new machinery as the key growth driver of the market. It has remarked, "One of the major growth drivers for global machinery market is the strong economic recovery; post-recession, increasing demand for textile products, and environmentally friendly fibres, and a growing demand for the developing nations. Today machinery manufacturers produce textile machineries at competitive prices, and sophisticated machines of higher speed, and production capacity. Presence of numerous small scale players also makes the machinery sector more competitive. Along with them, MNCs have also entered the global arena, taking the competition to the next level, driving companies to work on their productivity and innovation."

Mayekar is the right person to pin-point what has changed in the last one year or so. He says, "The Indian textiles industry is witnessing huge growth, as a number of investments are happening in the sector. The Union Cabinet has cleared ₹6,000 crore ($889.44 million) package for the textiles sector, aimed at attracting investments worth ₹74,000 crore ($10.95 billion), generating 10 million jobs and increasing textile exports by $30 billion in the next three years. This in turn will attract huge investments in the textiles sector, which will bring about a spurt in demand of textile machineries. The stable government and favourable textile policies will definitely bring about overall growth in the textile machinery industry."

In short, as the Fibre2Fashion study too indicates, the outlook remains immensely positive.

Subir Ghosh is a Bengaluru-based writer and researcher.