GST (Goods and Service Tax) which is conglomerate of erstwhile indirect tax taxation laws is a new taxation structure for country like India which stands on the foundation of the registration system, for it is a registered person who is liable to pay tax and who is eligible to avail the benefits of the input tax credit mechanism. Whereas an unregistered person is not taxed and is also kept outside the input tax credit mechanism.

Procedure for Registration: The statutory provisions in this regard says that:

I have tried to provide you with a complete guide on GST registration for you. You can have more access to information at Tally.ERP 9 which itself is a GST Knowledge cyclopedia containing interactive Community forums, blog pages on GST topics, Webinars on GST related topics and a technical team which helps the users in assistance with software related queries. Whenever you see a change in GST law you can expect that Tally.ERP 9 would come up with the changes in its software through its modules and this is the sentiment which an average accountant attaches with Tally as it is simple to use and updated frequently to provide convenience in communicating with GSTN. So far we have had Tally.ERP 9 Release 6.2 which tells us that when it comes to provide services or serve you the complete GST software it is always GST ready. 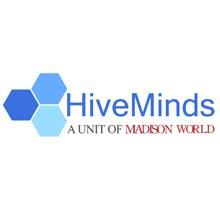 By:
Vijay B
Published: Apr 2018
Reuse this Content
Our Clientele