Blockchain has the ability of making the products and services of companies inexpensive in comparison with their competitors by cutting middlemen and central authorities. The main resistance to blockchain also comes from those people. Jozef De Coster reports.

Blockchain is much more than bitcoin or other cryptomoney. This relatively new technology (launched in 2008 by the mysterious Satoshi Nakamoto) can already boast successful applications in logistics, supply chain management, production, certification, Internet of Things, e-commerce, intellectual property (IP) protection, joint research and innovation. As a consequence, also in the fashion industry worldwide, the interest for the use of blockchain is growing.

Some people think that blockchain, also known as distributed ledger technology (DLT), is one of the world's most overhyped technologies. However, according to Gartner's famous 'Hype Cycle for Emerging Technologies', blockchain is still in the phase of 'Innovation Trigger', together with other emerging technologies like neuromorphic hardware and edge artificial intelligence (AI). All these young technologies are still a few years away from their Peak of Inflated Expectations and 5-10 years from the Plateau of Productivity, when the solutions they bring to previously intractable problems are expected to have a positive effect on the overall productivity in the sectors where implemented.

According to consultant Deloitte, between 2008 and 2017, worldwide turnover of blockchain applications multiplied by 22. By now, all future oriented companies are supposed to know how the shared and secure ledger which is called 'blockchain' is working.

But using it is still a challenge for most organisations. 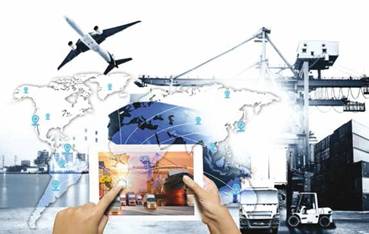 The blockchain experts of PricewaterhouseCoopers (PwC) believe that blockchain could potentially transform many existing processes in business, governance and society. In a recent report for the World Economic Forum (WEF) at Davos, PwC described  blockchain as "a foundational emerging technology of the fourth industrial revolution, much like the internet was for the previous (or third) industrial revolution"

But, what makes blockchain different from the existing methods used to keep track of physical, financial and other transactions?

According to PwC, the defining features of blockchain are "its distributed and immutable (or unalterable) ledger and advanced cryptography, which enable the transfer of a range of assets among parties securely and inexpensively without third-party intermediaries".

Services like Amazon Web Services, Google Drive, Dropbox, Patent database, etc, are used to store files and manage data. However, it has become clear that these services are vulnerable to attacks because of their centralised nature. Huge quantities of secret client and own data can be hacked and made public. Governments who want to spy on companies and on their own citizens can force the web services to disclose data. The decentralisation principle on which blockchain is based makes it nearly impossible for attackers to succeed.

Blockchain has the ability of making the products and services of companies inexpensive in comparison with their competitors by cutting middlemen and central authorities. Blockchain is actually a database, but not an isolated one like IBM's iconic database that made history in 1970. It's a database that works like a network where anyone and anything can connect to it. This means that there's not a leading player in the network. Experts call this situation 'decentralisation'. They forecast that the participating actors in the network will reach their common goals thanks to a nearly friction-free cooperation between all of them. So, there's no need of the iron fist of central authorities or the intervention of middlemen.

Main uses in the fashion industry

It looks as if most blockchain pioneers in the fashion industry are looking for solutions in mainly two fields: supply chain management and intellectual property.

Many apparel companies are under scrutiny because NGOs and consumers have become very sceptical about fashion supply chains. Especially, the so-called millenials (people born between the early 1980s and the late 1990s) are said to distrust claims of sustainability, even if they come from brands that for many years have been working hard to improve their ranking on the social and environmental scoreboards. Consumers are more and more asking themselves: "Where does our clothing come from, and exactly what's gone on before it reaches us?" Documentary films like The True Cost (2015) that looked at environmental, social and financial aspects of the fashion industry, describe an industry that is neither sustainable nor transparent.

The hope is that blockchain can not only improve supplier relationships and mutual trust between various players (buyers, suppliers, logistic companies, etc), but can also satisfy consumers who want to make ethical shopping choices.

Belgian entrepreneur Niki de Schryver, who's about to launch the start up COSH! (Conscious Shopping Made Easy), tells clothing consumers via social media: "When you as a shopper read something about the unethical working conditions, or water scarcity, poisoned rivers and soil erosion due to the fashion industry, you pledge to change your buying behaviour. But maybe you don't know where to start. Or, are you overwhelmed by the amount of information available? Let COSH help you! Download the COSH app today." Using the COSH app, consumers will be connected with ethical and conscious brands selling in highstreet shops where they are shopping.

IP is another field where the use of blockchain could make a big difference. Problems related to IP are multifaceted and complex: securing trade secrets, claiming copyrights, proving prior use, confidentiality agreements, licenses, and correct payments of royalties. Who are the owners of ideas or rights when multiple parties are involved, and who is therefore entitled to payment? It's clear that only immutable records of data and timestamping-this actually means the use of blockchain-can bring solutions that satisfy all participants in IP networks.

The data analytics company Philagen, based in San Francisco, suggests that fashion companies in future could do without artificial trackers (like e.g. RFID tags) in the different stadia of the supply chain. Philagen draws attention to what they call the global microbiome, "the largest untapped dataset on the planet". Bacteria from a particular location differ from all other bacteria. They can be identified and used as tags.

Maka De Lameillieure, blockchain expert at Antwerp Management School, argues that thanks to blockchain, an end can be made to all kinds of waste in the fashion supply chain. Also, the risk of frauding, for instance by counterfeiting branded products, can be minimised. And for sure, much time and thus money can be saved. De Lameillieure, who originates from the ex-Soviet state Georgia, talks of an example wherein she purchased the house of her parents in her natal country within 10 minutes. The administration cost of the purchase amounted to less than the equivalent of €10. How was that possible? The simple explanation is that the government of Georgia has implemented blockchain in the national real estate Register (one of the results was also that two-thirds of the employees at the Register became redundant). 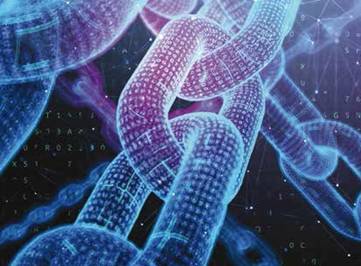 Provenance is a digital platform that empowers brands to take steps toward greater transparency. Via the website provenance.org, one can find the story of fashion designer Martine Jarlgaard who in May 2017 at the Copenhagen Fashion Summit presented the first garment ever tracked with blockchain technology. Using a Provenance app, sustainable alpaca fleece was tracked from shearing in the farm, through to spinning, knitting and eventually finishing in the London studio of Martine Jarlgaard.

Another example mentioned on the Provenance website is that of British company Mwear, which in Istanbul had female Syrian refugees at work for the production of accessories and outerwear.

Start-up Loomia, in Brooklyn, is using blockchain to follow up what consumers are exactly doing with intelligent clothes, made from Loomia fabrics in which electronic components are integrated. Consumers can earn money by selling their personal data to interested apparel brands.

Agricultural blockchain startup Bext360 is partnering with multiple tech companies, especially non-profits and fashion-based platforms, to see if blockchain technology can find a use case in the sourcing of organic cotton. A pilot test will include marking the bags of organic cotton when they are harvested, ensuring that the source is recorded. The pilot, which is being called the Organic Cotton Traceability Pilot, is a partnership between the C&A Foundation, the Organic Cotton Accelerator and Fashion for Good. It's supported by the C&A company and by Zalando, PVH Corp and the Kering Group. Since the food industry is ahead of the fashion industry in developing blockchain projects, fashion groups are inspired by the methods used by the food industry, like the use of microbiomes to follow materials from origin to finished product.

All firms mentioned here are still small fishes which by pursuing transparency hope to create trust and sympathy for their ethical way of doing business. However,  there are also some 'early adopters' of blockchain technology among the big fashion companies as well, like Hugo Boss and Columbia. At the IAF Convention 2018 in Maastricht (the Netherlands), Heinz Zeller, head of Sustainability and Logistics at Hugo Boss, commented on the efforts of Hugo Boss to increase-thanks to blockchain-the transparence of the supply chain and to improve the cooperation between buyers and suppliers.

No walk in the park

Charles Beckwith, communication director of the Save the Garment Center in New York is astonished that so many different tracking systems are used in the worldwide fashion industry and that most of them are obsolete. He pleads for a big leap forward in standardisation, referring to a method which already has been applied successfully in dozens of other industries: blockchain.

The start up of New Zealand entrepreneur Samantha Jones wants to contribute to this effort. In July 2017, Jones received $1.2 million from the NEM Community Fund to create a blockchain-based platform that can track in real time all transcactions and transportation in the apparel supply chain from raw material to final consumer. As a result, she believes, social exploitation and product counterfeiting will become impossible.

How big are the chances that blockchain becomes the standard in the fashion industry? Expert De Lameillieure warns companies that the introduction of blockchain in an enterprise is no walk in the park. About 92 per cent of the blockchain projects that were launched in the last three years are already dead. The indelibility of the information enclosed in the blockchain can possibly clash with Article 17 of the European GDPR legislation (General Data Protection Regulation). Since blockchain systematically eliminates the traditional 'middlemen' from transaction processes, an annoying question arises: to whom can you apply when there's a problem or dispute?

Other barriers that still need to be overcome include blockchain energy consumption, the scarcity of blockchain developers, the resistance of leaders and middlemen, and the challenge of scaling up the technology in the fashion industry.

One of the main things people know about blockchain is that it takes huge amounts of energy, especially when the technology is used to "mine" bitcoin. PwC economist Alex de Vries estimates that generating bitcoin alone uses 2.55 gigawatts (GWs) of energy a year, almost as much as the Republic of Ireland is using. He remarks that many bitcoin "miners" are in China, and use electricity produced by very polluting coal-fired power stations. However, the Climate Ledger Initiative argues that blockchains in general do not need a lot of power.

As of now, qualified blockchain developers who understand the fashion industry well are difficult to find and therefore very costly. It's easy to predict that many leaders and middlemen will resist the introduction of blockchain. Blockchain means decentralisation, which goes against the instinct of many leaders. Especially in Western countries, most company owners are still devoted to the principle of 'unity of direction' advised by Henri Fayol. Blockchain also means direct contact between parties without the intervention of (mostly costly) middlemen of all kinds.