Silk is a highly luxurious and sensual - at touch fibre - extracted from silkworm cocoons. 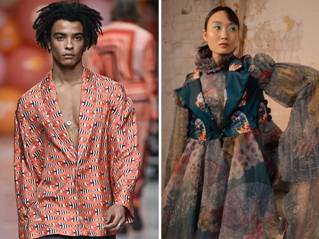 Silk was first introduced to the European craftsmen from China, brought via the Silk Road trade routes, over a thousand years ago. Silk has a rich history, not only in fashion but also in the history of the world.

Along with tea and porcelain ceramics, silk was another reason that has fuelled a war trade between the British Empire and China, namely the Opium War.

Soft at the touch, delightful to wear, with an almost divine radiance, silk was arguably the world's most luxurious fibre, until the development of synthetic fibres at the beginning of this century.

While the silk's organic nature makes it fully biodegradable, serious concerns are arising from the pro-sustainability and cruelty-free activists regarding the ethics of producing silk.

More recently, a new segment of conscious fashion buyers has started to express similar concerns, asking for cruelty-free and eco-friendly alternatives to silk. 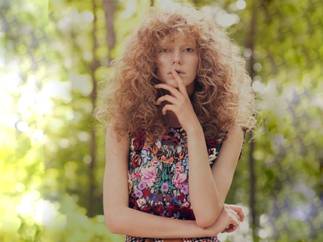 Silk is obtained by boiling the chrysalis of silkworms alive, before the moths have emerged, into a soup of poisonous chemicals. The fibres are then refined by their strength, spun, washed with highly toxic chemicals, and then weaved into textiles.

The issue doesn't end here as the detergents used are high-level pollutants, which requires further chemical treatment to prevent damage to the environment.

But, apart from the cruelty element associated to the production of conventional silk that everybody's aware of, not many fashion lovers know that the silkworms used for silk production are fed with crops packed with pesticides and fertilisers.

Add to that silk is the pollution caused by the toxic chemical dyes during the silk colouring process, and you'll begin to understand how bad for the environment silk production is.

Something had to be done, so a temporary solution was the adoption of peace silk. It is the same type of conventional silk, extracted from the same cocoons, however, only after the butterfly moth has managed to emerge out of the 'egg', alive.

Peace silk solves cruelty problem conventional silk production is associated with, and many vegans are comfortable wearing peace silk for this reason alone.

However, peace silk does not fix the lesser known ecological issues caused by the global production of silk. 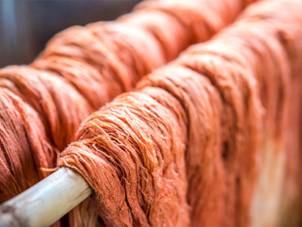 To that, designers have come with an en-vogue solution called upcycling. It allows them to reclaim silk from used and discarded garments, which, it proves to have a minimal environmental impact, and no animal (insects) suffering.

The problem with using upcycled silk is that, by using it, you keep condoning and supporting the manufacturing of conventional silk.

It sounds strange but let me explain better, using an example from the realm of animal welfare. Most vegans I know, still wear leather. When I ask them why, they say the leather they wear is upcycled, so in fact, they are doing good.

But here's the problem; yes, you might do a small good by reusing a piece of leather that would otherwise end up in the landfills. However, by wearing that leather jacket, you signal to your friends, family, work colleagues, anybody that looks at you, that it is ok to do so. That it is ok to kill and wear animals. These people don't know your jacket or shoes are from upcycled leather. All they see, it is you wearing a dead animal. 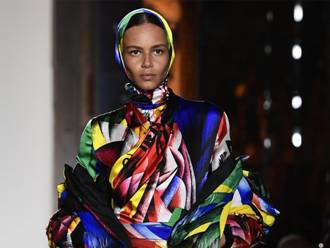 To start with, don't bin all your silk garments now. Silk remains one of the most beautiful sustainable fibres you can find if appropriately produced and there is a chance yours are.

Then, stop buying silk from brands that do not have transparent supply chains.

This way, at least you'll know if they use any fertilisers and pesticides in the food they feed the moths if there are any chemicals used to wash the silk, and most importantly if the factory has water treatment protocols in place.

Try to find peace silk, vegan-friendly, or upcycled silk. It is far better, for animals and the environment, and it allows you to do your deeds by minimising the environmental impact of the silk that you wear.

The Future - Lab Made Silk 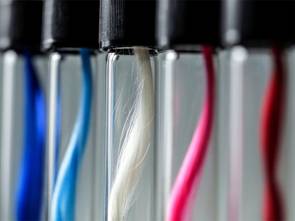 Still not perfect but at least you know what you are doing, waiting for better solutions to come. Which, if we are honest, are already here but a bit expensive of hard to find.

The best way to end the use of highly polluting, cruelty filled conventional silk, is to use lab-made silk. Thanks to the latest technological developments of the 21st century, engineers have created a new material that feels and looks like silk, but it is a thousand times stronger.

It is called spider silk, and it was developed by Bolt Threads, an American company we've covered extensively here on WTVOX, using proteins found in nature to create revolutionary textiles. 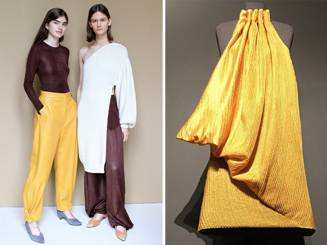 Without a doubt, silk is an astonishing fibre, and if you look after it, it will last you for several years.

But, next time, when you buy a new silk garment, think twice at the story behind, the damage you do, and the choices you might have.