India, the second largest exporter of textiles and apparels in the world, has a big manufacturing base and high raw material support. The textile industry is one of the major contributors to the country's economy. It holds a 7 per cent share of the total industrial output, 2 per cent of the total gross domestic product (GDP) and 15 per cent of the total income from exports. About 45 million people are employed in this industry.

Here is a list of product-specific reforms undertaken by the government:

Here is a list of subsidy rules, schemes and initiatives implemented by the government and associated trade bodies:

India and Singapore signed the second protocol amending the Comprehensive Economic Cooperation Agreement (CECA) to boost bilateral trade. The provisions of the second protocol came into effect the following month. Both sides agreed to expand the coverage of tariff concessions, rationalise product specific rules, liberalise rules of origin and include provisions on certificate of origin and cooperation on its verification.

The Indian textile minister announced a package of ₹50 crore for the knitwear sector. Under the SAMARTH scheme, training would be given to one lakh workers. All pending cases of TUFS would be cleared expeditiously from the office of the textile commissioner.

Remarkable initiatives were initiated by the government to make khadi a global brand:

Reforms in Industry Infrastrcuture, Logistics and Other Services

1.       Cabotage rules were made easier and domestic freight was opened to foreign ocean carriers.

3.      Bangladesh ports were approved for Indian shipments to the North-east.

4.      A national trade portal was launched to cut logistics costs.

6.      The Indian cabinet cleared the amendment to currency swap framework for SAARC countries.

7.      The bilateral currency swap arrangement between India and Japan was approved by the cabinet.

8.     India and Mexico inaugurated a business chamber to encourage more trade and investment.

9.      India and Kyrgyzstan came out with a five-year roadmap to boost bilateral trade. 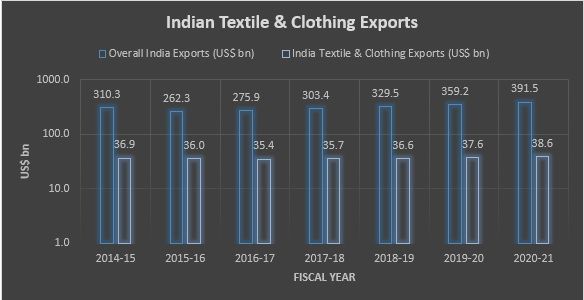