Romania's textiles and garment industry thrived during the Soviet era. It is still a pillar of the country's economy and has a fast-growing market. Overall production, however, is declining, and workers are harder to come by. In this backdrop, China is showing considerable interest in Romania.

Though the Romanian textiles and garment industry isn't an immortal jellyfish, it should be appreciated for its ability to re-invent itself. Under the communist rule, until the end of Nicolae Ceausescu's dictatorship (1989), Romania had after Russia the biggest textiles production capacity in the whole Eastern Bloc employing 800,000 people. Since that time, the industry has considerably shrunk, achieving a difficult shift from mass production for mainly soviet consumers to the CMT (cut-make-trim) production of top luxury brands.

Still a Pillar of the Economy

Mihai Pasculescu, president of Fepaius, the Employers' Federation of Textile, Garments and Leather Industry, argues that the textiles and clothing industry is still making an important contribution to Romania's economy in terms of employment and exports. Statistics show that there are around 9,700 companies in the industry, of which 5,825 are active in the manufacturing of clothing.

Employment is gradually decreasing and could by now have dropped under 200,000. Total exports, which represent about 80 per cent of production, exceed €6 billion and count for more than 9 per cent of Romania's exports. They are mainly destined to Germany, the United Kingdom, France and Italy. Romanian manufacturers reportedly make clothes for brands such as Louis Vuitton, Chanel, Dolce & Gabbana, Alison Hayes, Burberry, Armani, Hugo Boss, COS, Massimo Dutti, as well as Zara, Mango, Next, Dorothy Perkins, Wallis and River Island.

Pasculescu explains that the primary textiles sector (spinning, weaving, finishing) got few opportunities to redirect itself to profitable niche markets due to lack of capital and restrictive credit conditions. He says: "If we were to identify a problem area, it would be the primary sector-while the rectilinear knitting (the garment, footwear and leather goods sector) is a consolidated area."

Between 2008 and 2013, under the influence of the economic and financial crisis, textiles and clothing companies in Romania experienced a period of decline, losing some of their traditional orders and contracts to Asian competitors. Now several manufacturers, who mainly work for British brands, are afraid that Brexit could kill them. 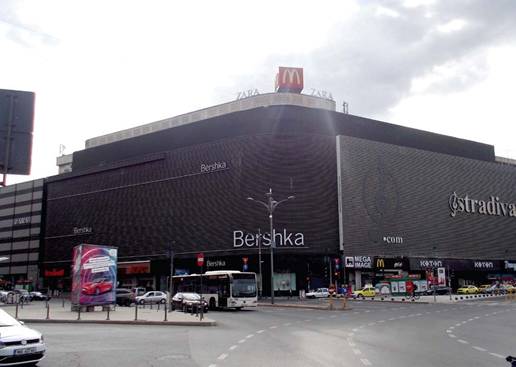 Online purchases of fashion are soaring. According to a report from Digital Fashion Consumer Trends, 65 per cent of Romanian consumers bought fashion articles online in 2018 for a total amount of €258 million. The five most appreciated online shops were those of H&M, Zara, Nike, Fashiondays and eMAG. In capital Bucharest, it's clear that local clothing retailers are no match for global players like Inditex (Zara, Massimo Dutti, Stradivarius), H&M, Mango, Boss, La Perla, Stefanel-who occupy highly visible retail spaces.

According to financial newspaper Ziarul Financiar, each Zara store in Romania earned a net profit before taxes of €550,000-5.5 times higher than similar stores in Germany. 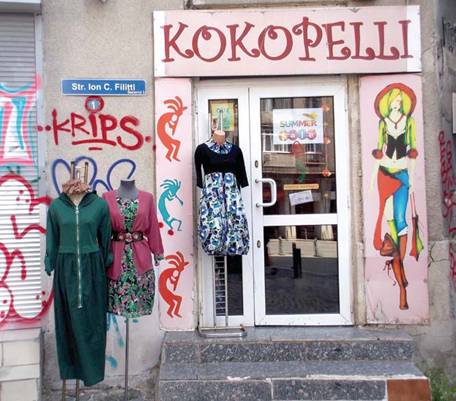 Also, fashion items and other textile articles 'made in China' can easily be found in the capital of Romania. Dragonul Rosu, the Red Dragon wholesale market in Bucharest, is an outlet that offers a vast selection of goods: fashion items, but also furniture, children's toys, Chinese restaurants, etc. From there, an impressive amount of merchandise leaves to all corners of Romania. In an area of 15,000 sq m, consumers can shop in hundreds of stores. They have 5,000 parking lots at their disposal.

Contrary to domestic fashion consumption, Romanian fashion production shows a downwards trend, according to MKOR Consulting-from €3.9 billion in 2014 to €3.5 billion in 2019. Most of the production is exported, mainly to other EU countries.

Around 85 per cent of the 6,355 producers of the fashion industry (as counted by MKOR Consulting) are financed with Romanian capital. However, in the 2017 list of largest fashion companies in Romania, the foreign firms Formens (French capital), Alison Hayes (British) and Hanes Global Supply Chain (American) occupy the top places. The largest Romania-funded fashion company is Pandora Prod (est. turnover in 2019: €38 million, 11.5 per cent less than in 2017). Pandora Prod SRL company has been operating in the Romanian market since 1994. Its main activity is the manufacture of wearing apparel (according to a not updated Wikipedia text, for retailers and brands like Next, Marks & Spencer, Benetton).

However, wages for workers in Romania's apparel industry are lower than the salaries earned by employees in other industries, according to a joint report issued by the Romanian National Institute for Statistics and the Romanian Central Bank. The average monthly earnings for a worker employed in the domestic apparel industry stands at RON 2,280 ($543), compared to the national average wage of RON 3,770 ($897). Romania's garment sector, which still employs around 180,000 people, has been in a flux for the past decade. The 2007-08 financial crisis, competition from Asia, and an onerous tax structure have led to the loss of 135,000 jobs in the garment industry over the past 10 years.

Romanian garment manufacturers remark that they have been hit several times by waves of workers quitting and moving to Western Europe in search of better pay. Between 2007 and 2015, an estimated 3.4 million Romanians left to work abroad, putting the country second after Syria in terms of migration rates, according to the United Nations. Andrei Pena, director of the Romanian magazine Dialog Textil, says that in the Italian capital Rome as in some regions in Spain he found flourishing Romanian communities with their own shops and even their own schools. Since the emigration continues, probably already close to 4 million of them (on a total population of 19.5 million) are now at work in foreign countries. Only a small part of them have been replaced by workers from Vietnam, India, Bangladesh and other countries. 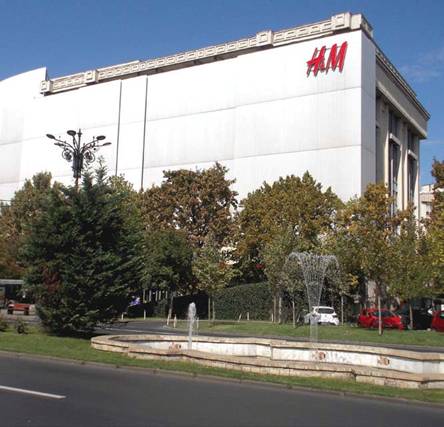 It would be exaggerated to say that India shows no interest in Romania. The Vice-President of India, Venkaiah Naidu, visited Romania in September 2019. He signed a couple of MoUs and opened the Romania-India Economic Forum organised by the Bucharest Chamber of Commerce and Industry. However, it can't be derived from articles in local newspapers that during his stay in Romania, he would have discussed textile topics with the Romanian President, the Prime Minister or others.

On the other hand, the Chinese interest in the Romanian textiles and clothing industry (needing all kinds of materials and machines) and in the Romanian fashion market at consumer level, is clearly visible for all.

From May 11-14, 2019, a Chinese delegation led by Sun Ruizhe, president of the China National Textile and Apparel Council, visited Romania and conducted in-depth talks with Romanian counterparts. The intention of the visit was "to build a bridge of bilateral cooperation". Sun Ruizhe and Pasculescu signed a cooperation agreement between their respective associations.

But, why is Romania of interest not only for the Chinese textile, garment and machinery industry but as well for the Chinese government? Chinese planners are aware that Romania is located at the intersection of Europe and Asia. Though roads and other infrastructure in Romania are in a bad shape, the country is performing rather well in the field of logistics. In the 2018 Global Logistics Performance Index, Romania ranked 50, doing better than neighbouring Bulgaria (57), Ukraine (66), Moldova (113) and Georgia (124).

The Chinese textile associations are aware that Romania could offer interesting investment opportunities. The country has an 80-year-old textiles industry base, many good textile engineers and relatively well-skilled textiles and garment workers. It also used to have a well-developed flax industry which could be revived.

This trade fair was the first phase of a large-scale project with financing from the Chinese government under the initiative '16'. The 16 format, also called the China-CEEC (Central and Eastern European Countries) summit, is a Chinese platform initiated in 2012 to expand cooperation between China and a group of 11 EU member states and five Balkan countries.

The second phase is the construction of a permanent showroom in the Ilfov region with samples for the Romanian and Bulgarian garment industry. The third phase will be the creation of a hub in the Free Zone of Giurgiu (Romania) where stocks of materials, needed by the garment factories in Romania and Bulgaria, will be stored. The goal of the project is to optimise the supply chain of mainly Chinese materials.

Pasculescu points out that 90 per cent of the raw materials for the Romanian production of clothes are imported. Nowadays, companies spend a great deal of time and money in choosing and shipping the appropriate fabrics, accessories and decorations, mostly from China.

Lavinia Cristea, director of Fepaius, is eager to further examine how Romanian manufacturers can possibly benefit from the Chinese Belt & Road Initiative. In October 2019, Fepaius participated in a conference dedicated to the initiative.

Anyway, Romania, which is well located to offer more easy access to Chinese goods destined to Romania and the rest of Europe, can hope that Chinese companies will invest in Romania-e.g. to produce textiles goods that bear the "made in Europe" brand bypassing EU protectionism.

Bluehemia denim design is rooted in passion for the fabric