If the fashion industry earned the notorious tag of being one of the most polluting on Earth, it was because of the business model on which it was run, among other things.

Now, a clarion call to step outside that traditional business model has come from the Global Fashion Agenda (GFA) in the form of its CEO Agenda: Eight Sustainability Priorities for the Fashion Industry that was released at the World Economic Forum (WEF) summit in January this year.

The Agenda, as it were, is important because it comes from GFA, which has been leading the movement for fashion sustainability through the Copenhagen Fashion Summit (CFS) for a decade. The Agenda is also significant because of its content: the document urges “industry leaders to investigate new business models outside current market mechanisms to drive change, implement innovation and tap into collaborative and progressive business opportunities.”

The CEO Agenda breaks down issues into eight most crucial sustainability priorities, and those are further categorised into two key sections: four core priorities that need immediate implementation, and four transformational priorities towards fundamental change that would require collaborative structures and investments. It sets the agenda for the decade ahead.

The CEO Agenda focuses on traceability as a prerequisite for identifying and improving the environmental, social, ethical and financial impact of fashion production, and even goes to the extent of contending that traceability is a prerequisite for transparency. The Pulse of the Fashion Industry 2017 report (also from GFA) had pointed out that the “complexity and fragmentation of the fashion supply chain can make it difficult for fashion brands to keep track of where and how their products are made.” Quite a few measurement tools have since come into vogue; these are increasingly enabling companies to know where and how their products are made. This has been working both ways: customers have been showing a keen interest in transparency, and companies are migrating from storytelling to story-proofing. The onus, on this count, is decidedly on fashion brands to trace and measure the impact of their tier 1 and 2 manufacturers. The document sees frontrunners investing in technology solutions that will enable access to supply chain data and provide validity. All these should drive stakeholder engagement on sustainability.

The Ellen MacArthur Foundation’s 2017 landmark report A New Textiles Economy: Redesigning Fashion’s Future had predicted that if the fashion industry were to stay on its current trajectory, greenhouse gas (GHG) emissions from textile production would rise by more than 60 per cent by 2030. If the industry is to work towards a net zero-emission economy, then GHG emissions would need to be cut down drastically through the value chain. That would be quite a task—the total GHG emissions annually from textile production is 1.2 billion tonnes, which is more than the emissions of all international flights and maritime shipping combined. Another estimate says the global apparel and footwear industry is responsible for 10 per cent of the world’s greenhouse gas emissions. The Agenda notes that the world has already fallen behind on its

commitment to meet the Paris Agreement targets and reducing the impact of the industry on the planet is simply not enough—there is a need to reverse climate change. The Agenda calls on fashion companies to assess their impact on climate change along the value chain and re-evaluate the usage of natural resources.

Core Priority 3: Efficient Use of Water, Energy and Chemicals

The numbers have been disturbing all along, but the untapped potential for a more efficient use of water and energy in textile processing is substantial. Textile processing mills can cut usage of water by 11 per cent and energy by 7 per cent, with a return on investment within nine months. Moreover, enhancing water and energy efficiency, as well as chemical usage, has the potential to increase a fashion company’s EBIT margin up to 2–3 percentage points by 2030. Many companies have been making progress in this area, but there is a widening gap between top and bottom performers. Yet, there is a starting point: identify and track water, energy and chemicals consumption and pollution in the processing stage to create a baseline. Companies need to work with others to reduce consumption of all three resources and at the same time reduce pollution in the processing stage.

That secure and respectful work environments can bring numerous economic benefits is a given—from higher productivity and fewer sick days to less errors and shorter turnaround times. According to the Pulse of the Fashion Industry 2018, “Improving work conditions, investing in skill building and promoting topics such as health, safety, financial inclusion, diversity and gender equality can increase the EBIT margin by up to 1–2 percentage points by 2030, as compared to the 2015 baseline.” Historically, the 60 million people employed in the fashion value chain have been exposed to occupational hazards, and public awareness on this has been  growing. Brands are under increasing public scrutiny for the working conditions workers operate in. The industry has come a long way, but as the Agenda notes, “more measures need to be put into place to secure the protection of human rights, raise social standards and eliminate forced labour in the value chain.”

If one were to look at things from the point of view of tangibles, it is the material mix used in fashion products that leaves an environmental footprint. The mix alone has a bearing on two-thirds of the impact in terms of water, energy and land use, besides

emissions and waste. There is, therefore, an exigency to look at alternatives. While replacing conventional cotton with its organic cousin can save 62 per cent of the primary energy demand, substituting one metric tonne of virgin polyester with its recyclable counterpart can reduce toxic substances by up to 90 per cent, energy consumption by 60 per cent and emissions by up to 40 per cent. But alternatives come with their own flipsides. Conventional cotton production is one of the biggest drivers of water consumption in the supply chain; natural animal fibres, such as wool, leather, down and silk have an animal welfare angle. Moreover, production of natural fibres like cotton and viscose and leather too can have a high negative impact on biodiversity if carried out unsustainably. Besides, most synthetic fibres are not biodegradable and rely on fossil fuels and chemicals during production. An opportunity can lie in cellulosic fibres if their impact on deforestation and land degradation can be decreased.

The fashion industry has been built on the linear take-make-dispose model, with the result being 73 per cent of the world’s clothing ending up in landfills. But, if textile collection rates were to be tripled in another ten years, that would be worth more than €4 billion. And, according to A New Textiles Economy, if all the fibres were to be collected and recycled, the value could go up to a staggering €80 billion. But it is not just a question of opportunities. The current system is simply not working. Most of today’s products are not designed with either durability or recyclability in mind. The progress is too slow, and the reasons are regulatory, logistical, technical and economic complexities. The Agenda notes: “Although some tools exist, many designers still lack access to knowledge on how to design for a circular fashion system. While some of these results are encouraging, the majority of textiles still ends in landfill, and further industry collaboration is required to turn the tide.” 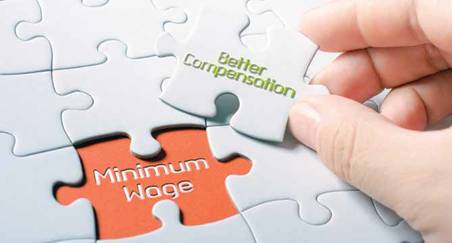 It is not just the environmental impact left by the fashion industry that has given it a bad name. The Pulse of the Fashion Industry 2017 had noted: many factories fail to comply with applicable minimum wage laws, and that the wages paid in some garment-producing countries, even when they comply with minimum wages, are too low to meet the basic needs of workers. The Agenda believes that ushering in better wage systems will “requite unprecedented, pre-competitive collaboration between rival companies and other stakeholders, as well as government efforts to make sure progress can be made.” While brands do not set the wages of production workers, they can have a say in promoting system change, i.e. across the value system of the industry. After all, this is an industry that is made of people, and therefore the Agenda gives out that call, “We encourage brands to explore how improvements in areas such as p urchasing, productivity, training and data implementation can contribute to the establishment of better wage systems and to investigate alternative systems of wage setting, such as collective bargaining agreements.” 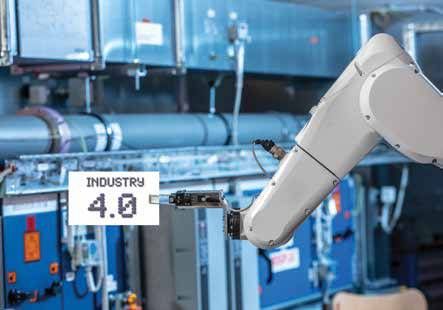 When Edmund Cartwright invented the powerloom in 1784, technology became the engine that henceforth drove fashion. At a time when Industry 4.0 promises a disruptive and transformative future, it is still about technology. Digitisation of the supply chain and technological advances such as artificial intelligence, automation and robotics are together a double-edged sword: it cuts both ways. On the one hand, technology can rid workers of repetitive and dangerous tasks, such as dyeing and cutting fabric, and allow them to focus on more creative and rewarding activities. On the other, those who lose their jobs in this inevitable transition may possibly be the least equipped to seize the new opportunities that such innovation creates. Going ahead, technology-driven production methods will transform the fashion value chain further, especially the manufacturing, processing and retail links. “However, positive impact at scale is still to be seen, and more effort on the development of digital infrastructure and programmes to transition workforces is needed.”