The story of Wildfang clothing is a historical one. It is the story of political (and, recently, fashionable) battle cries of women on the left. What some see as the result of female entrepreneurs capitalising on a climate of mobilisation and the tendency of millennials to wear their causes on their sleeves.

Portland, tomboy-chic brand Wildfang was founded in 2012 with a feminist ethos by Emma Mcilroy, Taralyn Thuot and Julia Parsley, who previously worked at Nike.

But, partly in the aftermath of the election, the label has found a wider audience.

Followed by the label’s second line in 2017:

The line included everything from t-shirts and hats to bomber jackets, and even Coffee Mugs(!) branded with the ‘Wild Feminist’ logo.

Wildfang vision was to, in part, fill a gap in the market for clothing appealing to people all along the gender spectrum.

“Fashion is playing catch up to society,” said McIlroy to Forbes.

Now doing millions of dollars in annual sales, the label has expanded from one local flagship, along with its e-commerce operation. 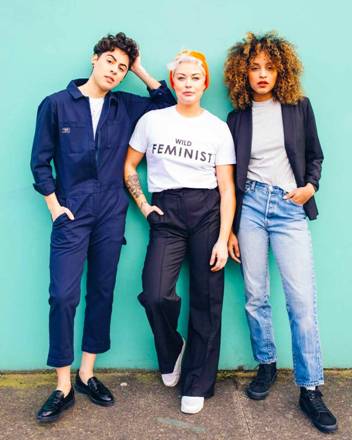 McIlroy says that the size of the business is doubling every year.

“I believed that this needed to exist and I wanted it done right.”

•     The election of Donald Trump

•     The women’s march on Washington and their #DressLikeAWoman campaign.

“We weren’t sure if there was a reason for us to exist,” said McIlroy of the day after Trump’s election.

Still, its two biggest sales days in history followed November 8th, with four times the volume of online sales, despite no marketing beyond a letter to their listserv.

Today, gender fluidity and nonconformity become more accepted and mainstream. Particularly among the millennial and Gen Z generations. And for that, Wildfang is no longer alone in the marketplace.

Both specialising in bespoke suits. 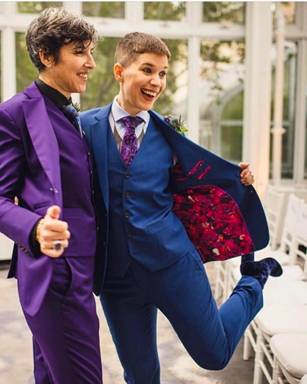 “We didn’t sit down to find a niche market. The market found us,” said Daniel Friedman, the Bindle & Keep’s founder.

You might know Bindle & Keep from ‘Suited back in 2016. Suited is a must-watch HBO documentary telling the story of how Friedman and activist Rae Tutera. The two came together to champion fashion for folks across the gender spectrum while following a few of their customers’ personal stories.

Bindle & Keep’s suits are priced on average around $995 and can be tailored to accentuate or minimise masculine or feminine features.

“We’re not relying on our mission,” said Friedman. “We don’t have to convince anyone. We are market-driven. This is capitalism at it’s best.”

The company gives back when they can by providing bespoke suits to those who cannot afford them. A recent example is Gavin Grimm, the trans teen who took his bathroom fight to the Supreme Court.

Mainstream apparel outlets are catching up to brands like Wildfang and Bindle & Keep. 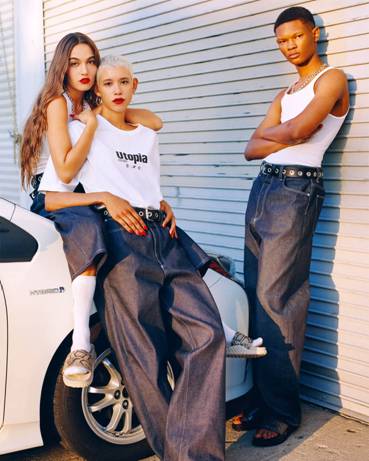 This gives even those unable to spend extra on bespoke clothes the option to present as they like.

As Wildfang’s McIlroy has elegantly put it:

“It’s sh*tty when you can’t self-express.”