Home / Knowledge / Article / Fashion Technology / Is There Any Future For VR In Fashion? Checking The Latest VR Apps, Virtual Shopping And More

Is There Any Future For VR In Fashion? Checking The Latest VR Apps, Virtual Shopping And More

Though some are sceptical, many believe the future of VR (virtual reality) and AR (augmented reality) in fashion has massive potential. We have seen many examples of disruptive technologies changing our lives dramatically. The most typical example is the iPhone. When Apple introduced its revolutionary product in 2007, few could even imagine how much it would transform our daily lives. For years, VR has been the stuff of sci-fi movies like ‘Minority Report’. But nowadays this technology is Blending with our lives more than ever. VR has implications in video games, education, medicine, and now in Fashion!

What is Virtual Reality? 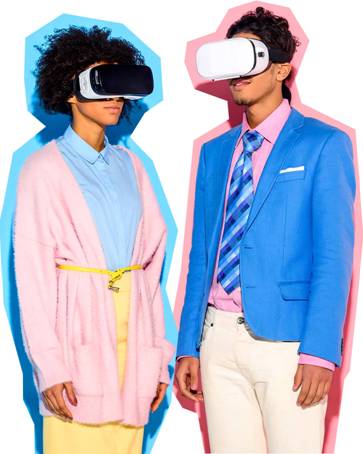 The users perceive this virtual surrounding by means of VR headset or helmet devices.

Thanks to the advancement of computer processors and screens (and lately Covid-19 pandemic!) VR has seen mainstream adoption.

VR is known as a new medium of ‘Human Experience’. 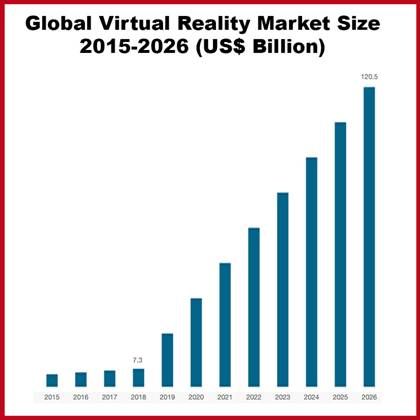 “You read a book; your brain reads letters printed in ink on paper and transforms that into a world. You watch a movie; you’re seeing imagery inside of a rectangle while you’re sitting in a room, and your brain translates that into a world. And you connect to this even though you know it’s not real, but because you’re in the habit of suspending disbelief. With virtual reality, you’re essentially hacking the visual-audio system of your brain and feeding it a set of stimuli that’s close enough to the stimuli it expects that it sees it as truth. Instead of suspending your disbelief, you actually have to remind yourself not to believe,” explained Chris Milk, a VR pioneer.

In the past decade, innovation in fashion, particularly in Luxury, has seen dramatic growth. 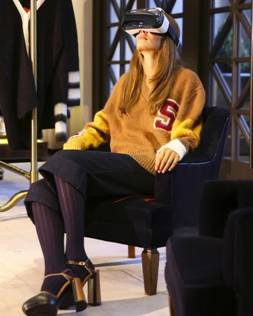 Also, the hype of ‘Democratisation of Luxury’ and ‘Chinese Luxury frenzy’ is calming down:

“The luxury industry used to grow 8 per cent, but now it is growing 2 to 5 per cent. And I think it’s going to stay there,” said Olivier Abtan, a partner at the Boston Consulting Group. “Brands are considering ‘digital’ very seriously as a venue of growth.” he added.

Regardless of the reason, the future of VR in fashion seems to be more exciting than expected!

Here are some of the coolest VR & AR Apps and Virtual Shopping experiences you can try right now:

• Dior Try-On – Allowing you to try on sunglasses from the comfort of their own smartphones.

• Sephora, L’oreal, Charlotte Tilbury and Rimmel, AR apps like ‘ModiFace’ that allow you to test out lipsticks and other products using videos and photos on their mobile phones.

• Burberry ‘ARKit’ – Apple’s augmented reality for iOS mobile devices that allows you to digitally redecorate your surroundings with Burberry-inspired drawings by the artist Danny Sangra.

•  Balmain VR –  An app that allows you to go behind the scenes of the fashion house and enjoy augmented reality content and live streams of its runway show.

• John Lewis ‘Visualise Your Space’ – A new virtual reality experience to visualise products in their homes before they buy.

• Asos ‘Virtual Catwalk’ – An experimental new augmented reality feature on its app, offering a new way of viewing its products in real life.

And here are some of the in-store experiences:

• Tommy Hilfiger offers virtual reality headsets in stores, inviting you to immerse yourself in a 360-degree experience of the label’s Autumn/Winter fashion show.

• Coach has installed VR headsets in stores in 10 malls across the US to provide consumers with full access to its latest runway show.

Future of VR in Fashion

Although VR is at its early stages, picturing the future of VR in fashion is not that difficult. And there are many reposts such as The International Data Corporation (IDC) indicating rapid growth for the future of VR. 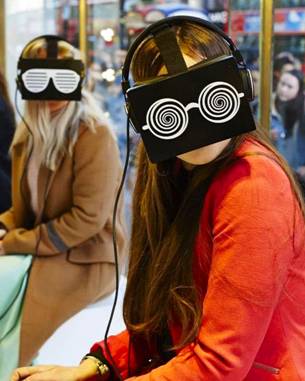 According to Goldman Sachs’ study, IDC predicted that VR/AR market will reach $182 billion in revenue by 2025, bypassing television. 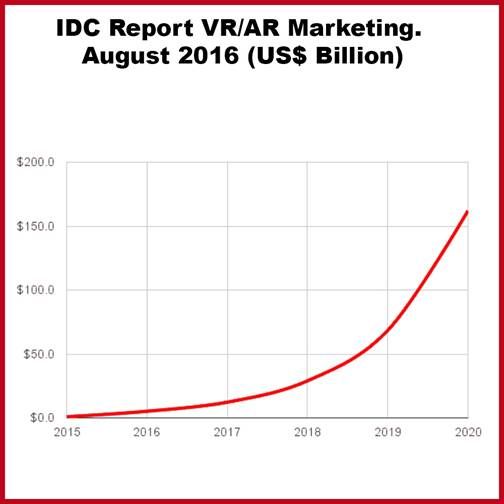 This includes both hardware and software/content. Virtual reality and augmented reality could certainly become a powerful channel for brand-consumer interactions.

Just like the role of Mobile and Social in our lives today. However, current pricing has slowed the mainstream adoption: Two of the most popular VR headsets, Oculus Rift and HTC Vive are priced at $600 and $800 respectively.

This has made the implications of VR and AR more or less limited to mobile apps at the consumer level.

“The obvious first step in the apparel industry is designing and development tools, and we are working with a lot of brands and a lot of supply chain companies behind the scene on this,” said Ari Bloom, CEO of Avametric, a San Francisco-based startup working in VR/AR. “You think about the ability to have a more digital experience: the amount of time and money you can save not having to sample thousands of garments to get to three or four hundred!”

Another area is the Virtual Simulation of store environments. However, the ultimate goal is to make VR/AR accessible to consumers. A recent study shows how interactivity and visual-spatial cues in 3D VR environment would significantly enhance perceived informativeness and playfulness in comparison to conventional 2D digital spaces.

This would consequently impact purchase decisions in a positive way.