How Democratisation of Streetwear can help drive it towards Social Sustainability

In bringing brands closer together to their buyers, they are concurrently closing the loop and taking necessary steps towards a circular fashion future, thus democratising the streetwear.

When Kanye West and Adidas dropped their very first collaborative shoe in February of 2015, the partnership seethed with exclusivity. The highly anticipated Yeezy Boost 750, to be released in a single shade of “Light Brown”, was to be limited to 9,000 pairs. Additionally, they were to be sold only in NYC via an Adidas smartphone app fans were asked to register to pre-release. The bait had worked and all 9,000 pairs sold out within ten minutes of the drop. 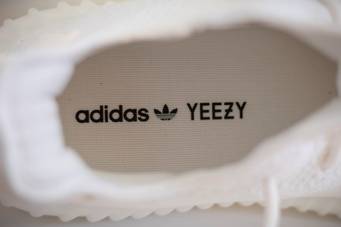 Streetwear and exclusivity have been synonymous ever since the inception of brands such as Supreme. Supreme sustains itself on a business model based on high demand versus limited supply. Of course this demand must be strategically established, and a limited supply is part of what leads to the hype.

The term itself has become a common one within streetwear culture, often referring to those that live for such limited drops as hype beasts. Yet part of that hype is not only the textile itself, but the automatic increase in value of it once it has been purchased. Resale value of such limited items has been known to triple or quadruple in price on such sites as Ebay or StockX.

But is such exclusivity sustainable to the business itself in the long term? In 2018 Kanye West and Adidas switched gears and instead ramped up production. As opposed to limiting their potential buyers, they expanded the pool by increasing manufacturing of the Yeezy Boost 350 V2 to over a million pairs.

Though the “hype” around the shoe itself may have waned, price sales and social commitment to the brand increased. In 2019 Yeezys were on track to earn Adidas nearly $1.3 billion worth of revenue, which would amount to a 50 per cent increase in sales from the previous year. Retail analyst at Edited, Krista Corrigan, states that “While hype and drop culture still hold a place in today’s streetwaear scene, West proved through his Adidas partnership that democratic ideals and attainable retail prices can still elevate a brand to new heights.”

Understanding the value in the wholehearted approach towards democratisation within the fashion industry is another streetwear label legend, Jerry Lorenzo, designer behind the brand Fear Of God. In 2013 he launched Essentials, a cheaper offset to the luxury based price points persistent in Fear of God pieces. The offset, however, was by no means meant to be portrayed as “less than”.

On the contrary, Lorenzo created Essentials with inclusivity in mind. With his most recent Essentials collaboration with Pacsun dropping on July 1, Lorenzo updated what he felt was an outdated version of Essentials. To him, it had started to lack a sense of independence, and relied too heavily on optimising an established streetwear sales tactic as opposed to restructuring it. “We don’t feel that accessibility needs to be a knockoff or a cheaper version of a better thing,” Lorenzo explains in his Vogue interview with Liam Hess, “Why not just make a great thing at an accessible price point that is founded in honesty?” This idea drives his new Essentials collection, which ranges in pricing from $40 - $200.

With a history in commitment to community building and social causes, Lorenzo seems to understand the value that social bonds have towards his own company's growth. In 2019 after Nipsey Hussle was shot outside his store, Lorenzo took to creating a shirt in his honour, donating the proceeds to Hussle’s children’s trust funds. After the murder of George Floyd, he collaborated with eight other brands, again donating all proceeds to a similar fund for Floyd’s daughter. By hearing out, uplifting and giving back to his own community, he in turn builds trust, an important element for sustainable growth and a fundamental building block towards a circular economy.

On his own path, West continues towards his commitment of democratising streetwear and making it available to the masses via his most recent confirmation of a 10-year deal with Gap. Thinking forward towards a more sustainable future, a major drive behind the partnership was West’s goal of expanding local jobs in Cody, Wyoming, home to Gap’s HQ, by moving all production there by the end of 2020. By working with his environment via the use of local resources, West is simultaneously pushing out old and outdated ideals. West shatters the idea that textiles must be outsourced, overpriced and limited in quantity in order to be considered “cool”. Rather, he is seemingly redefining the term as he incorporates social sustainability into the mix.

Both West and Lorenzo, through their recent business decisions and collaborations, have helped to substantiate the claim that inclusion, as opposed to exclusivity, are necessary pathways towards creating a more sustainable future. In bringing brands closer together to their buyers, they are concurrently closing the loop and taking necessary steps towards a circular fashion future.