Is Death of Physical Shops Over Exaggerated?

The death of physical shops was inevitable, and not a result of the short-term COVID-19 pandemic, which has only hastened the end

Much has been written on this subject recently, especially in London, where the writer lives. The chronicle of closures of shops and bankruptcies of previous stars of the high street has been endless. In 2019, Oasis and Warehouse were sold to an online retailer and all their shops closed. Here are some of the major fatalities in the United Kingdom in 2020:

•     April, Debenhams in administration for the second time in 12 months

•     December, Peacocks and Bonmarche in administration

In the United States, there is a similar story with closures or bankruptcy (Chapter 11) by Macy's, Nieman Marcus, Victoria's Secret and many other titans of the high street. In Europe, the story is similar but less extreme, with two major players, H&M and Zara, announcing store closures for 2021.

Of course this is not just COVID-19. The problem of too many shops chasing too few customers has been going on for years. In 2000, the world apparel market at retail prices was estimated at $680 billion. Of that, shops and markets accounted for 93 per cent. Mail order was 7 per cent, online was 0.1 per cent and selling on social media did not exist, according to Forrester data. Today, online probably accounts for 15-20 per cent of all retail and serves consumers all over the world, as per estimates by Malcolm Newbery Consulting. A UK-based online retailer Legend sells 47 per cent in the domestic market and 53 per cent to consumers in more than 50 countries. The consumer is now anywhere, no longer restricted to buying locally on the high street.

As long ago as 2012, the writer pointed out that there were far too many shops for the number of adults in the United Kingdom. That means too many square metres chasing too few customers. In the 1980s, an Austrian colleague Kart Heinz Elsasser had declared the UK high street to be "the most boring High Street in Europe". The reason, he said, was because it was populated by mass market, own label multiple chains in which every branch looked the same and sold the same merchandise. But nemesis was very slow in coming to the high street, partly because the chains were obsessed with their stores, and actually continued opening more.

This long-term problem is partly one of technological change, not just of retailers' hubris.

•   In the 1930s, Hungarian journalist Laszlo Biro and his brother Gyorgy invented the ball point pen. It killed the fountain pen nib and ink industries.

•   In the 70s, Casio in Japan produced the first electronic pocket calculator sold for under $10. That spelt the end for mechanical calculators and the scientific slide rule. Does anyone even remember those gadgets?

The important lesson from this is that technology enables less developed countries to jump over development stages. They move from a pencil or writing in the sand directly to the ball point pen. They move from mental arithmetic directly to a Casio or Sharp pocket calculator.  But of course, the biggest technology change to affect retail was the Internet.  In 1990, Tim Berners-Lee created the first World Wide Web  server and browser. It opened for commercial use in 1991. The year 1994 witnessed other advances, such as online banking and the opening of an online pizza shop by Pizza Hut.  In 1995, Amazon expanded its online shopping, and eBay appeared in 1996.

Online shops mushroomed and clothing companies like boo.com expanded exponentially. They were valued by the stock market at amazing share prices, but never made a profit. Front ends and advertising were glitzy and very expensive. Back end fulfilment was sadly wanting. The car hit the wall in 2000, when the value of online stocks on the NASDAQ fell from 4,700 points to 1,000 in two years.

Fortunately for retail, the second generation of online operators were better. They had a functioning back end, working to fulfil delivery. Many of them were old fashioned mail order catalogues; Otto in Germany, and Next in UK are good examples. But to them were added a new industry based on the Internet, the pure play retailer (online only). Readers know them well; Amazon, Alibaba, Zalando, Asos. The two online groups (multi-channel and pure play) comprise 15-20 per cent of the market that now buys online. That is why the death of physical shops has not been over exaggerated.

The pandemic, of course, has merely accelerated that process. It has not created it. Consumers buy online because

•     Shops have been closed by governments

•     Consumers are stuck at home in lockdowns

•     They refuse to travel on public transport fearing virus transmission

These enforced behavioural changes also alter purchasing attitudes permanently. Why should anyone shop on the physical high street, when they can do it from home safely during the pandemic and conveniently after it is over? There is also a whole generation of consumers that has grown into adults and can handle everything on their smartphones.

In fact, the only salvation for physical shop retailers would appear to be to turn a chore into an experience. This is unlikely to work for mundane shopping; either the groceries, or for the basics (socks, underwear and hosiery). It could work for the creation of a fashion event, something like a fashion show that is only available in store, with food and drinks, a light show, live music and dancing. The better department stores are experimenting with this. Otherwise, there is nothing to see ahead except further store closures.

And even the experience approach can only work in a limited way in bigger towns with larger populations. The chances are that in 2021 physical retail sales will be 30 per cent lower than the 2019 pre-COVID level. That will by itself increase the online share from 20 per cent to more than 30 per cent. Shops and markets will fall to 65 per cent of a total market that hopefully will have recovered to its 2019 level or to at least 90 per cent of it. But that means a further shuttering of high street shops for ever. Expect more physical retail gloom and doom in the pages of the apparel industry media over the next year. 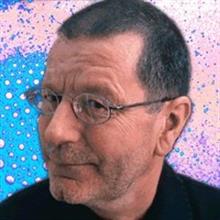