The global sports and athletic insoles market is expected to witness an upward trend in the days ahead.

As can be seen from the studies related to the sports and fitness market globally, there has been an increase in the demand for sports accessories. With the accessories that have been in huge demand, the demand for sports shoes and related items have grown significantly. Insoles are used to make sports shoes and their market has been on a steep rise, evolving due to various factors. The most important among those factors is the fitness regime diligently followed by athletes. And the second is the rise in innovations in this field due to demand and a huge supply chain developing.

Materials used in production of insoles: Spandex has been used as a material for long. But recently, certain specified polymers prepared in laboratories have been used in making the insoles. Companies have also started using gels for the use of producing insoles of sports shoes. These gels have a healing effect and can be also used in treating mild injuries that occur while playing, running or during heavy exercise.

Market projections: The sports and athletic market have seen drastic changes in the past decade, primarily starting from 2000 to 2020. Within this span, this market has been a major player in the sports industry.  With sports being introduced at all levels, the demand for items related to sports has witnessed a manifold rise. In developed nations, where sports is a mandatory practice, better insole markets have been nurtured within a short span.

Whereas in countries where it started late, the development in this sector is a bit slow. Between 2015 and 2019, the compounded annual growth rate (CAGR) of this market was projected at 4.4 per cent, and between 2020 and 2025, it is said to have a 7 per cent growth rate globally. By the next decade, it will definitely exceed 10 per cent CAGR, says a 2020 report published by Future Market Insights (FMI).

There are several companies that have made their mark globally in producing of good sports shoes. Specifically, Nike and Adidas have made their need felt in all quarters. These companies have been stalwarts in the production of insoles with their own research and development team. Since the time they started to come into the limelight by producing sports shoes, they have been the biggest examples of how a shift can be made from merely manufacturing sports shoes to developing and researching to offer comfort for all by innovating on insoles.

The healing power of the insole is vast and widespread. Though the insole market has grown substantially, thanks to the sports shoe industry, but today it finds importance in treating ankle pain or even arthritis. Shoes that are made with particular gels or polymers are so designed that they can heal certain problems that are faced almost by the majority of the population. Hence, its popularity is expected to rise further.

US sports and athletic insole market: The United States has been among the most developed nations in building a market for sports shoes. It is from here that the idea of innovating in the sports and athletic insole market has got its big push. Earlier, sports shoes were only being used in traditional sports like cricket and volleyball, the most dominant market in the United States. But today, these shoes find use in almost all sports and even in daily use because of the comfort that they offer. The growing incidence of sports being included in schools has also helped in boosting the insole industry.

Sales growth in APAC: Volleyball is considered the biggest industry in China. And for this, special shoes were developed. China has also set up a panel that looks after the research and development of the insole market. With China being a dominating player in the Olympics, the focus has been to maintain it. The demand in the insole market because of the direct increase in demand for sports shoes has shown a newer path for many vendors dealing with insoles. At some point, China is expected to outperform the United States in this market, according to FMI.

Taking a lead from the market in China, even South Korea has seen a huge change in the insole development market. Certain analyses have shown that by 2025, even South Korea will have a substantial increase in its CAGR. Following the footsteps of China, South Korea has also been investing in volleyball and that has proved beneficial for the country.

India, a latecomer to this market, has also been able to keep up with the pace of development in this sector. With US footwear and orthopaedic footcare brand Dr. Scholl's partnering with Bata in India, there has been a rise in insole market innovations. In India, the older population is seen to grow at a high rate and that will again boost the insole market for making specific shoes to heal the pain in ankles and arthritis. The Indian market is also expected to expand in future. With women athletes on the rise, the demand has seen a steep rise in recent times. India is also witnessing a rise in popularity of various sports in schools.

Kick up innovation: The insole market has shown a positive growth in the last quarter and is also projected to witness better growth in future. If the focus can be shifted to innovation, then this market will definitely turn beneficial for many. This market will also grow in many other countries like Japan and African nations. However, there might be challenges.

Due to the incidence of COVID-19, the sports market has been largely hit as people stopped going outdoors and all sports activities stopped. A lag of a year might take almost two to three years for the entire market to project the same growth pattern. The FMI report has shown a huge growth prospect and an upward trend in the market structure in future. 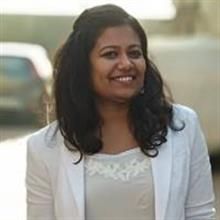