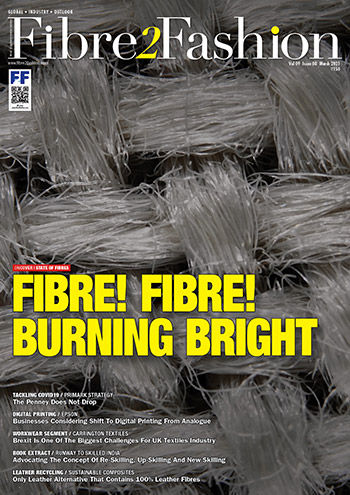 The textiles-apparel-fashion industry stretches over the globe, and at the foundation of this industry lies the fibre. As demands for the industry to keep the planet and the people at the heart of industry decisions and plans reach a pitch, the role and the future of the fibre become of paramount importance

The past one year or so has seen frantic calls for a “green recovery” of the planet ravaged by the covid-19 pandemic. More than twelve months later, many are still debating passionately and not much headway has been made except for the fact that most detractors agree sotto voce that the fashion industry, for whatever reason, lies at the root of all problems plaguing the earth. Some initiatives have been launched, with a minuscule of them taking off in right earnest, and most others petering out with as much the whimper as they had begun with a bang.

It would seem not many have been able to find the starting point at all, caught as they were in that dilemma of the four blind men who were asked to decide an elephant by feeling one of its parts. Every stakeholder—direct, indirect and those who have simply jumped on to the recovery-lamouring bandwagon—wants to have a deciding say in whatever is going to happen in the textiles-apparel-industry. True, every perspective is important, most valid too, and much of activities would need to be taken up and measures/regulations applied almost simultaneously.

But then, everything needs a starting point just as much. For this industry, the starting point is the element that lies at its core: the fibre. The duopoly of cotton and polyester is virtually unchallenged, even though there have been many new fibres, apart from the many traditional ones that fell by the wayside, that have been gnawing away at the toeholds of the cotton-polyester duo. But it is not without reason that the two mainstay fibres hold sway: they have their plus points.

Yet, the fibre sector has been seeing a lot of activity, with new developments/innovations gathering pace over the last one year. Experts and observers are unanimous in that the two mainstay fibres will not go away any time soon. New fibres will find acceptance, recycling/circularity will gather steam and scaleup to a point where they would be industrial sense, and many of the discarded traditional fibres will make a comeback, but not with enough firepower to dislodge the Big Two.

Turn the pages to find out how people in the industry look at the state of fibres.

Stage is set, but can industry rise to the occasion?

Fibre2Fashion: There have been widespread calls for a green recovery of the fashion industry from the destruction wrought by the covid-19 pandemic. In some ways, this recovery needs to start from the fibre stage itself. What have you noticed in fibre development/innovation in the last one year? Has there been anything remarkable so far?

Hoi Kwan Lam: Heiq focuses on textile finishing, but we also operate with fibre manufacturers. I must say 2020 was not a year of fibre innovation. Most companies held on to cost-cutting. When you cut cost, the first thing you cut is marketing, second is R&D—that is obvious. Brands normally engage with us throughout the year for innovation ideas. But last year, it was not the case. Most have switched their innovation budgets to something cut to the pandemic—like antiviral textiles. Many converted their manufacturing facilities for facemasks. So, the innovation side was skewed towards pandemic-related subjects. One of our partners was developing (from March to September) a new fibre that had super particles embedded in. According to me, that was one of the biggest innovations that happened. What they did was a zero-pollution fibre that does not release microplastic particles through the washing or in the air. If a lot of transmission is happening with aerosols, fibres floating in the air can carry viruses too. So, this is a technology which does not allow that to happen. Apart from that, the fibres embed particles—meaning the fibres were antiviral in themselves, and also last 150 washes. That’s a major innovation I have observed in the market. 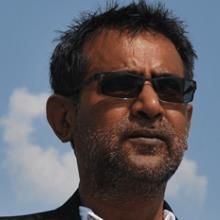 By:
Subir Ghosh
Published: Mar 2021
Reuse this Content
Our Clientele