What Do Asian Markets Have in Store for Fashion Lovers

Fashion is not a basic need, but needed by everybody! The global fashion industry is worth trillions of dollars. Textile business is worth almost USD 655 billion. Apparel sectors constitutes of 57 percent of this number. It is a huge industry. It provides employment to a number of people around the world.

Asian fashion market is emerging in large parts. But it can be said that it is progressing at a rate faster than the traditional fashion markets like France, Italy, UK, or USA. It is expected to rule the North American and European markets in a short span of time. Its mere apparel retail industry is worth USD 452 million.

Asian fashion markets are emerging at a rate faster than ever! It has a lot in store for fashion lovers. There is no doubt to the fact that the Asian fashion markets were far behind the North American and European markets, initially. But we can see significant changes taking place. Changing consumer tastes can be regarded the main reason.

Japan, in eastern Asia, was a major hub for fashion lovers from the very beginning. Its fashion industry was worth USD 1001 billion in the year 2000. It still retains its charm in the world market. In the year 2010, its textile production increased by 111.6 percent. Hong Kong is another tradition fashion market situated in the south of China. Its pride lies in its fashion shows and its novel fashion industry. 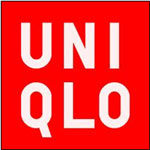 Surveys reveal that Japanese had a high standard of living from a pretty long time. They had ample of money to spend on fashion. They portrayed their image as fashionable young people before the world, especially in the year between 1952 and 1958. On an average, Japanese spent almost 7 percent of their income or even more on clothing and footwear. Uniqlo, a major apparel retail brand, attained popularity all over the world.

Hong Kong has been ranked as a fashion capital of the world, many times. Its fashion industry is mainly influenced by the Chinese fashion market, as it is ruled by the People's Republic of China. It has a well developed fashion products manufacturing industry, retail industry, and frequently organizes internationally acclaimed fashion shows.

The concept of street fashion was popularized by Japan. This unique blend of current and traditional fashion was adopted all over the world. Its youth culture is widely acclaimed and accepted. On the other hand, Hong Kong Fashion Week has remained the worlds most favorite from very early times. Some of the best designers of the world participate to portray their talents in this event.

Apart from these traditional fashion markets, Asia has the highest number of emerging fashion markets of the world. India, Singapore, and UAE have a promising future in the world fashion ground. In the modern times, when fashion market is craving for something different and unique, these countries have a lot to offer to the masses.

UAE, especially Dubai, has a fashion hungry populace that has given birth to various domestic and international brands and retail stores in the region. Government support has played a considerable role in boosting the fashion industry in UAE. A large number of international fashion shows have been organized by the country in the recent past. Its bridal fashion shows are recognized and awaited.

Singaporean fashion is the result of joint efforts from its government and its designers. A recent survey stated that Singapore is the eighth most fashionable city of the world. Its belief and practice of comfortable clothing has been followed everywhere. A pair of slippers and a spaghetti top (preferred by Singaporeans) are worn by many in the world. 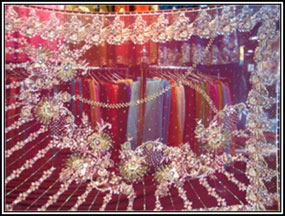 Indian fashion mainly comprises of traditional attires and jewelry. Sarees are hugely popular, even in the western countries! Brand awareness among the masses led to the growth of national and international luxury brands. Indian fashion industry is estimated to be worth almost USD 25 billion at present and is growing at a rate of 7.1 percent annually. It has also served as a platform for world fashion giants to sell their specialties.

The other countries of Asia, though under developed, are quickly progressing in terms of fashion. Tibetan fashion is mainly constrained to its age old culture and has given a novel form of attire to the world market. North Asia and some parts of west Asia has still a long way to go in terms of fashion. But overall, Asian contribution to the world fashion market can be considered significant.

Asian markets have a lot to offer to fashion lovers around the world. Its fashion is integrated with its cultural trends and its age old practices. This makes Asian fashion all the more special! If one is looking for something different as compared to the conventional trends, it is better to trust the styles and products from Asia.